…Of course, maybe that’s not such a bad thing. 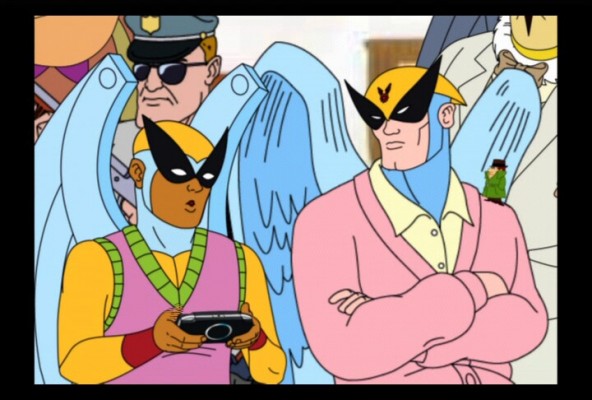 Harvey Birdman: Attorney at Law, published by Capcom but not developed by the Ace Attorney team, takes the classic gameplay of investigating crime scenes, interrogating witnesses, and pointing your finger wildly at your television and copy-and-pastes it into the framework of an Adult Swim cartoon. An opening cutscene sets the stage for each case, and from there you arbitrarily look at and talk to everything in your environment until the game arbitrarily lets you advance. After which, you move on to the courtroom, where you have to press witnesses into contradicting themselves, and then point out the contradictions so you can prove your client—who, in hilarious Harvey Birdman fashion, is typically a Hanna Barbera cartoon character with a drug addiction—innocent.

It’s minimalist gaming at it’s…I want to say finest, but let’s just go with OKest, for the sake of, you know, accuracy. Investigations—normally an hours-long adventure in traditional Ace Attorney gameplay—take maybe twenty minutes, if you get up to go to the bathroom in the middle and have a bit of trouble with your [this quip edited for grossness]. Courtroom cases are the same, and as the game only has five cases in total, you could probably beat this game in the time it takes your PlayStation 3 to finish downloading a game you actually want to play.*

…Not that this game’s bad, mind you—just that you’ll spend a lot of time going “Am I having fun? Am I spending my time right? Is this what I should be doing with what little time I have left on this Earth—ignoring dumb Adult Swim humor and trying to figure out what the deal is with all the damn lobsters?” 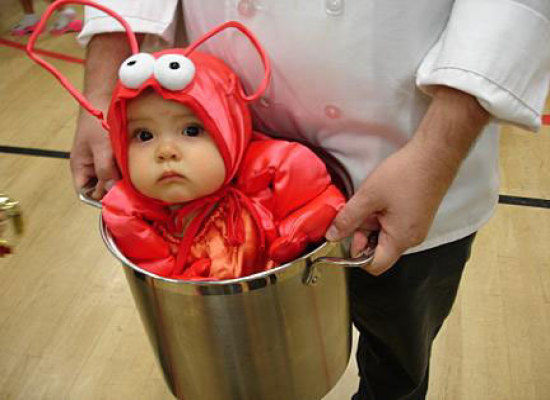 Note: not the lobster from the game.

“Arbitrary” is a word I’d use to describe a lot of the game, actually. I could never really see the link between the contradiction I was trying to find, and the evidence that supported it. Blame it on the tone of the game. While I’d hardly classify the Ace Attorney series proper as serious, it always takes the gameplay itself seriously; even if you can’t figure out why you’re doing what you’re doing, in the end, there’s usually a reason for it. Harvey Birdman puzzles, on the other hand, are generally based on figuring out what would be the wackiest, most surprising thing to throw at the player, and then just going with that. …Which of course makes sense, given its source material. If you want to enjoy the game, you need to go into it with the mindset that it doesn’t care nearly as much as you do. 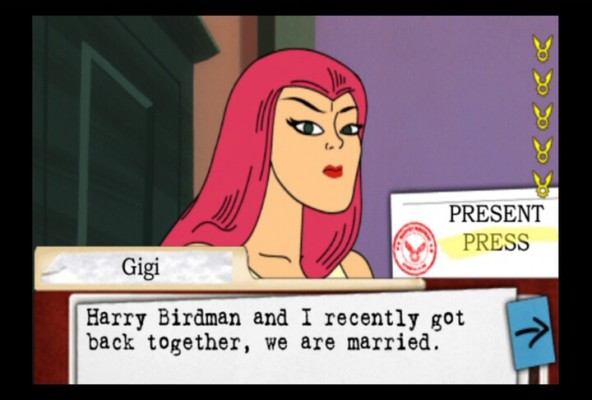 The cases aren’t just short; they’re also easy. Part of this is because they’re so short. Just like an episodic adventure game, there are only so many wrong things you can do before you accidently stumble upon the right answer. Moreover, like many modern-day adventure games, Harvey Birdman limits your interactions to only those necessary to progress the game. In courtroom scenes, there’s no hilarious dialogue for pressing the wrong statement; you only get generic “Nah, I don’t think that’s necessary” dialogue. What’s more, during investigations, the game grays out options it doesn’t want you to worry about; it doesn’t let you talk, for example, on a screen that has no one to talk to, and I didn’t see any items I could interact with that weren’t integral to the plotline. The game’s so simple that there’s no excuse for you not to fly right through it, like a literal bird-man. 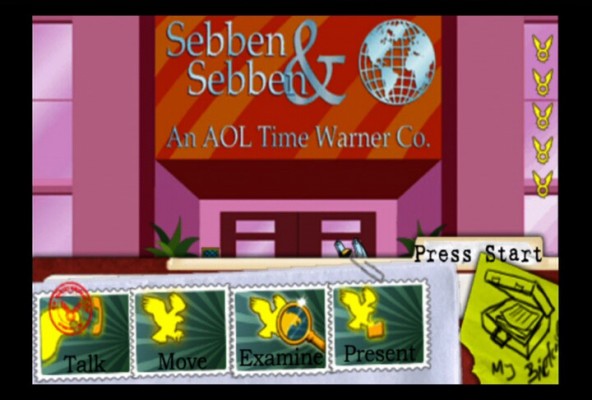 In all—you probably could’ve figured this out just by reading the title of the game and seeing who published it—you’ll like this game at least a little if you’re an Ace Attorney fan, and moreso if you enjoy the TV show. If you don’t like either of those things, don’t bother; but if you like at least one, give it a shot. Amazon has the PS2 version for $5 new right now; I’m sure no one could raise an OBJECTION to that!


* I’m being being generous here. Most PS3 games of course take much longer to download than this.