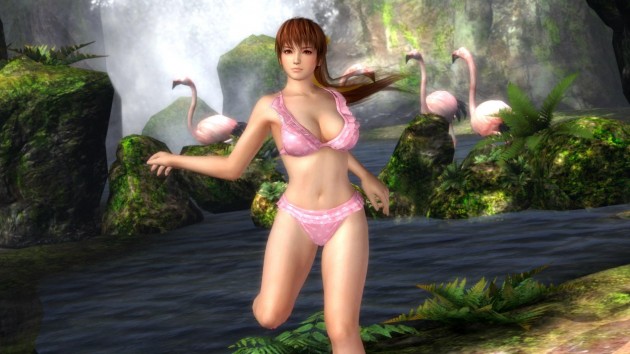 Remember when I said Tecmo had turned over a new leaf and wasn’t going to advertise Dead or Alive 5 with scantily clad ladies?

I’ll remind you of the paraphrased quote from GameGuys, ahem: 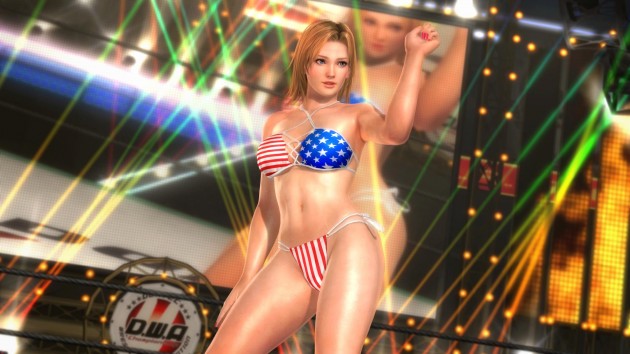 Does Tina look upset with her choice of clothing? 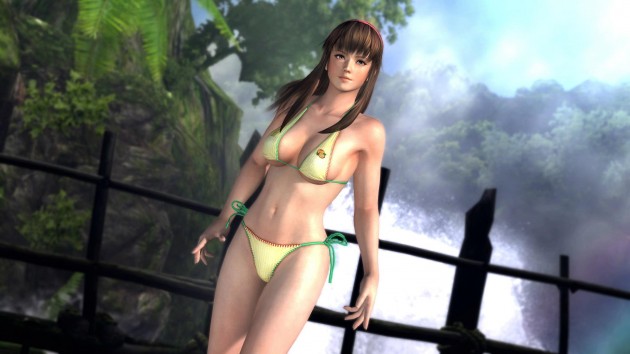 Yeah, I think it is safe to say that they are content with being eye candy. So much for change! A new look and feel, sure. If you want to see the female cast in swimsuits, you can purchase the Fapper’s Edition Collector’s Edition, which comes with a redeemable code for the bikini DLC.

Tecmo has gone back on its own word. Why? Maybe the world wasn’t ready for a gritty and atmospheric fighting game. Perhaps Tecmo is aware that most gamers (myself included) are perverts with little to no self-esteem. If so, they’ve done a really good job of reading the market. 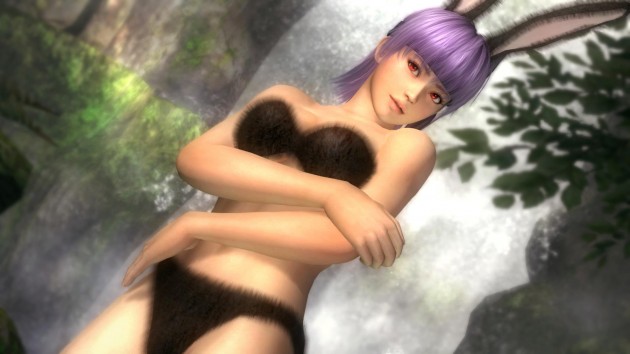 Pre-order and get bunny suits, too. Maybe they should also throw in a complimentary pack of Kleenex.

I just want to point out this comment by GameCola contributor Daniel Castro, which was funny back then, but is even funnier now in context:

Also, classic jiggly physics and skimpy clothing will be available as a day-one DLC for 1200 MSPs.

Too true, my friend. Too true.

This is from an honest-to-God press release, courtesy of Joystiq: The first game will see Mr. T take on Nazis and their gigantic machines in the varied universe of South American rain forests, lost an