When you see the name…

…you think of Mega Man. Well, at least I did, anyway.

Speaking of Mega Man, I’m not too bewildered to find a similarity in terms of gameplay. This is a game where you run and shoot, for crying out loud.

If you thought that the Mega Man games are hard, just wait until you try this. Shockman isn’t a walk in the park, oh no—unless that walk is through Central Park during the events of Alone in the Dark. You know, life threatening.

The game begins as a schoolgirl named Sonya is dashing toward Doc’s lab—of course I picked the girl character. So who is this “Doc,” and does he know the secret to time travel? Whoever he is, apparently he needs to “repair her body.” You know, put his peripheral in her socket and download data into her banks.

On the way there, Sonya is tripped up by robots. They threaten to dispose of her, so she transforms into Shockman to defeat them. I like how the game begins without her transformed; it’s like she’s trying to hide her secret identity as Shockman Sonya, protector of peace. However, she still jumps 10 feet in the air and dashes like a bullet train in the opening scene. I’m pretty sure if you saw a girl doing that, you’d immediately doubt the validity of her humanity, especially in a world where robots are quite clearly commonplace.

Shockman Sonya sees a news bulletin that insists everyone escapes Earth because the evil Ryo Empire has invaded. This is a job for Mega Man—because I’m out of here; I can’t take this kind of pressure. 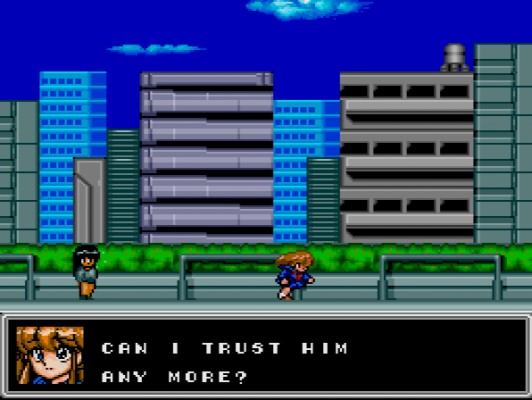 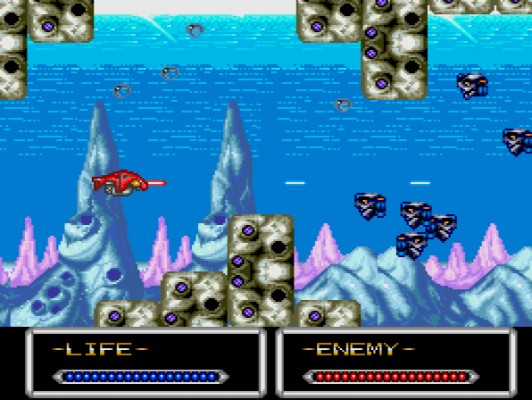 The game is tough. The stages consist of on-foot and flying sections, which play akin to Mega Man and R-Type, respectively. Those games are tough, but this one is tougher. You’ve only got one life, and it is Game Over when you die. Although it goes back to the title screen, pressing RUN does allow you to restart from the level you were on, despite there being no indication that you can do that.

The levels are quite short because the meat of the game is the bosses. There’s a handful of battles each with their own interesting mechanics that help mix things up. My favorite is the battle with the ninja who makes swirling circles of fire appear; he is pretty cool.

I feel that this is one of those challenging games that really define a generation of videogames—back when you paid full price for a game, but that never meant you were guaranteed to finish it. It’s an hour long if you breeze through it, which you won’t, so expect a playthrough to take up to three hours of blood, sweat and tears. So how did I beat it? Cheats, of course. I’m not ashamed to admit that, because this game is bloody tough. I would assume that it is easier with two players, but I don’t actually know. 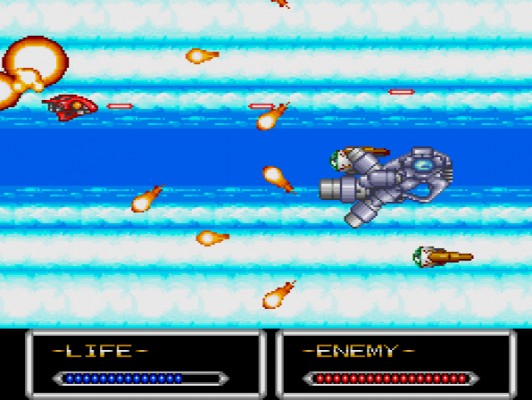 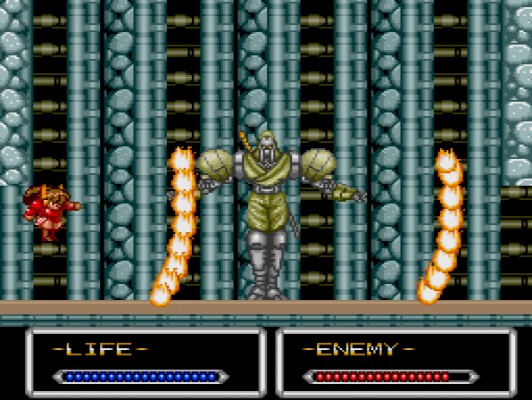 I admire the top-notch though meager soundtrack, and the cutscenes are a pleasant endeavour. You can’t skip them, so get used to seeing the same scenes over and over if you keep dying. There’s plenty of written dialogue and suspense and action and exposition for those of you who like your run-of-the-mill storylines. It is a predictable slog, but there’s cool bits in there.

I really liked the sequence where you break out of a jail cell by shooting the door down. Didn’t the enemies even realize you’re Shockman Sonya and you can shoot bullets? You’ve only been doing that for forty minutes already by that point.

Just to play through, there’s a strong theme to soak in and a nice atmosphere to it. The happy ending is pleasing, and you’ll be glad when that final boss battle is over. I was disappointed that the evil warlord Ryo never properly fights you, considering he can strike down the other robots at any time with his “Force Lightning.” Why can’t he do it to you, and why does the battle against him consist of merely destroying a large robot he’s piloting?

Also, that battle is really buggy. Sometimes you just fall through the boss; other times it can stand on you without inflicting any damage.

Overall, not a bad little stab into the foray of obscure Mega Man-style games. Had this been released on another system, it could have done well enough to be considered a classic. If you want to play it now, it is conveniently available on the Wii Virtual Console. It is better than most of the sludge released for the TurboGrafx-16 in its short and displeasing lifespan, and is worth trying if you like Mega Man or Ninja Gaiden or any other “Nintendo Hard” games. 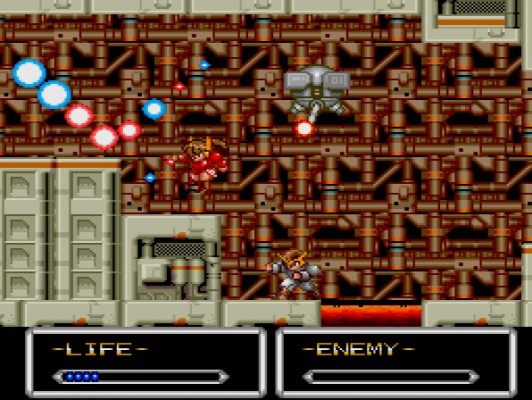 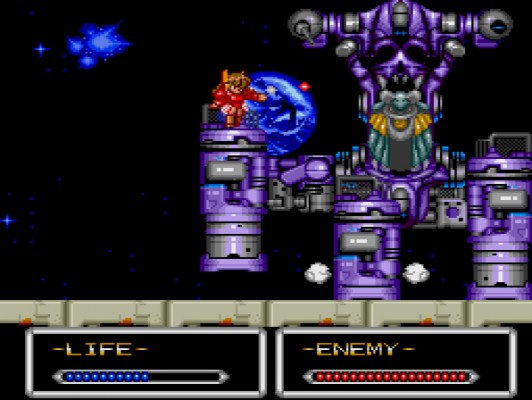