Of all the games to come out of the absolute glory days of the Game Boy Advance, no other game installs itself in my mind as being worse than the hideously malformed sweating lobster that is Star X.

Judging a Book by its Cover

With a Metacritic rating of “far too generous,” Star X was given a free pass because of what it was. What is it? It is, and will always be, a clear-as-day Star Fox rip off. It is only two letters away from being Star Fox.

The general assumption made by developer Graphic State was that players would have a nostalgasm for Star Fox while playing Star X, and would therefore forgive the most blatant and fundamental flaws in this awful broken excuse for entertainment.

Seeing this game in Official Nintendo Magazine around the time it was due to come out, I had already come to the conclusion that it wasn’t up to much. Now, with the ability to finally play this game, I discover that most of my preconceptions are dead accurate. In this instance, the contents of the book are exactly what I thought they would be by looking at the cover. 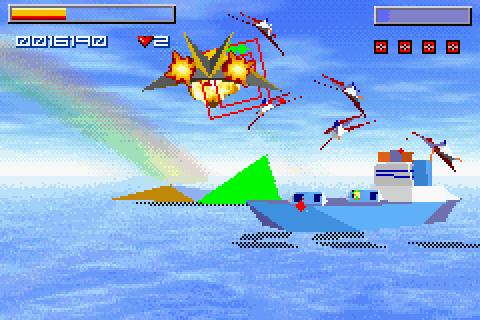 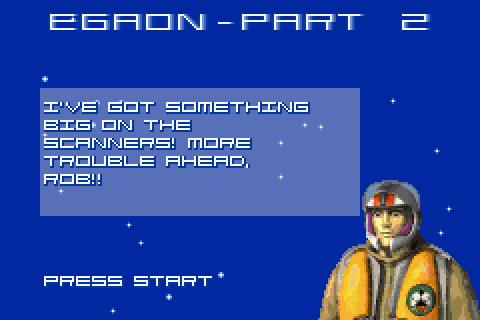 We’ll start with the controls. I know that back when the Game Boy Advance was hot off the press, developers were suddenly let loose with two new buttons never before on a handheld console. The left and right triggers… This was like discovering how to make a sugar-free energy drink; everyone jumped on the craze.

So with the same amount of buttons on a Game Boy Advance as there are on an SNES controller, how did the developers of Star X get the controls so awkwardly wrong? One little tap of a directional button sends your ship careening to the other edge of the screen. If you’re expecting the ability to fine-tune your flight pattern, then forget it. Good luck trying to get power-ups, because they are stashed underneath postage-stamp-sized archways.

You don’t fire bombs; they just immediately destroy everything on screen. This isn’t how Nova Bombs are supposed to work. They call them Smart Bombs in this game, but they’re not very smart for bombs.

The original Star Fox chugs along with a stuttering frame rate and poorly textured polygons…but at least some were textured. Star X can’t manage that, and neither can it manage even remotely as impressive a frame rate. For the game it is trying to imitate, Star X appears slipshod at best.

To its credit, you can work out what the environments are designed to be. They’re meant to be Salvador Dali paintings, right?

Symphony? More like sympathy. The music sounds like someone farting through auto-tune. The garbled dirge is immensely worsened by the crackling audio quality of the Game Boy Advance speakers. Let’s face it—they called it a 32-bit system, but the Game Boy Advance sounded like a dial-up modem. A dial-up modem being phased through a guitar amplifier. The sound effects are stock and generic, and add little.

I can’t tell if the music ever changes, because it all sounds the same.

And the music stutters as bad as the frame rate.

It’s not looking good for you, Star X. 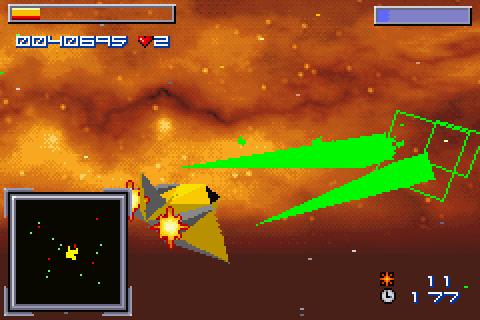 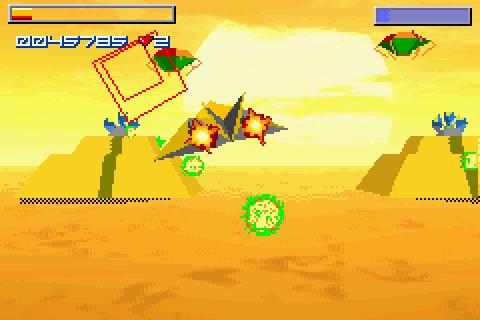 You Can’t Even Save Your Progress

The story doesn’t even matter. Some wise-ass penned this together in four minutes so they had something to slap on the back of the box and copy/paste into the instruction manual. I like the bit where it tells you that you’re the only survivor. Pray then, do tell; who is the crash test dummy on the intermission screen? I adore how the back of the box refers to “the player.” They don’t even have a name for who you’re playing as.

Each of the enemy bosses has a disgusting pre-rendered 3D mugshot. I don’t think even the original designer knew what they were going for.

I also admire the phrase “pursued” in the story blurb. If you’re being “pursued,” why are the enemies in front of you? Surely if they’re pursuing you, they’d be behind you. That’s right; there’s no chasing going on. This game is all about how one stupid drunk pilot thought it would be funny to take on the Karask race all by himself for le shits et giggles.

There’s no save system—it’s a passwords-only gig. This is not good, considering that the Game Boy Advance was almost a year old when this was released. I would like to point out that the amazing Castlevania: Circle of the Moon and Rayman Advance were two of the Game Boy Advance launch titles in North America, and both were equipped with saving functionality.

So is there anything good we can say about Star X? Yes, I think there is. It sets a good example how not to make a game for the Game Boy Advance. It stands as a warning to developers that trying to make an intricate first-person or 3D game on the little handheld was a ridiculously hard undertaking and not worth the hassle. So why did companies continue to release poor quality games in that vein? 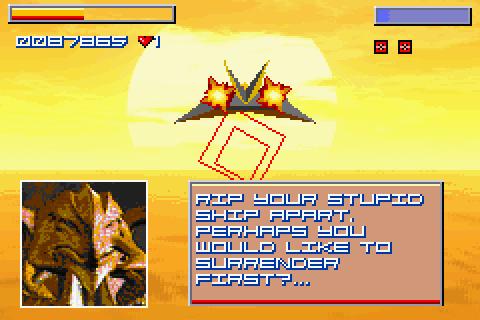 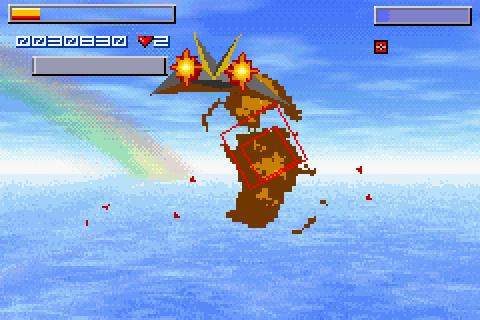