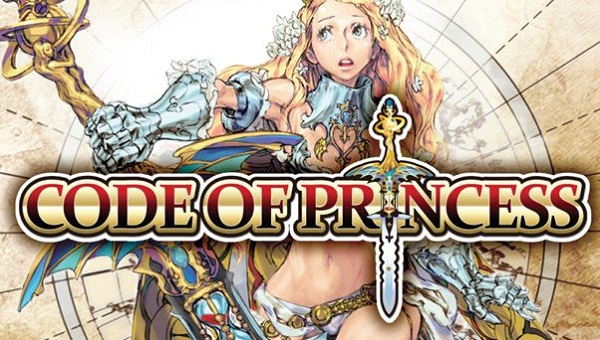 I pre-ordered Code of Princess the instant that Amazon recommended it to me. It sounds like some kind of crazy awesome Disneyland RPG, right? Plus, it’s made by Atlus, one of the companies I kind of like. True, I wasn’t a big fan of the handheld RPG they made last year, but they promised to take things in a bold new direction with this title.

What direction is that? Let’s remove the logo and see. 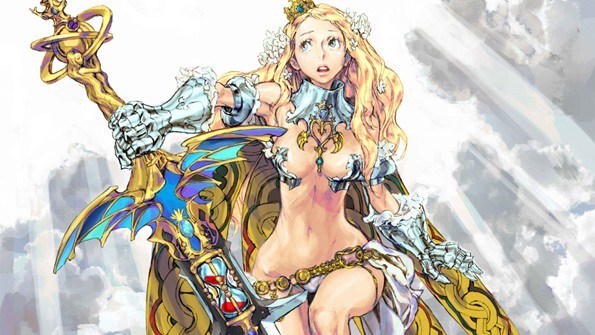 Ah. A Not Safe for Work direction. Great, now I feel uncomfortable.

Code of Princess is a beat ’em up game, in which Princess Sophia and her weird companions need to fight armies of bad guys. As you might expect, every level is basically the same. You fight a bunch of bad guys, then you fight the boss who is about ten times stronger than his goons. Repeat forty times or so, and the game is over.

There are eight or so characters you can play as. The game doesn’t let you switch characters while fighting, though, which seems a little unfair. I mean, you have eight characters, but every single level is a fight between one character and a hundred enemies. Why don’t any of your partners ever help during the battles? This game needs a tag-team feature. 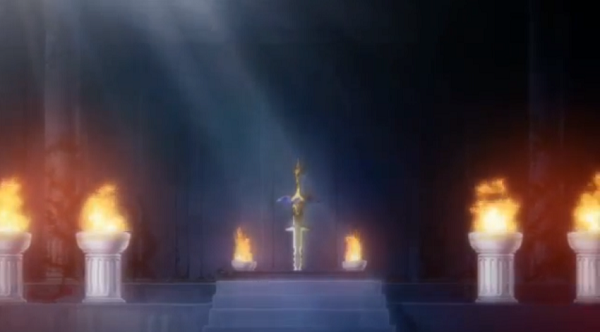 “Code of Princess” is the name of this comically-oversized sword that gets dragged on the ground for most of the game.

The best part of the game is the cutscenes, before and after each level. They usually have a funny joke or two, and they are fully voiced. The scenes with full animation look especially nice. On the negative side, though, the game forces you to replay each level multiple times, in order to upgrade your stats. The cutscenes quickly change from “funny” to “annoyingly unskippable.”

The game’s targeting system is mostly a mess. You can use the Y button to lock onto a specific enemy. This is useful, because you do double damage to a targeted foe. But since every battle features more than three enemies, the targeting system is useless. The game will always lock onto the wrong enemy. Fighting an important boss battle? The game will assume you want to target the level one bat. You have an enemy who is down to one HP? The game will lock onto the enemy with full HP. You’re fighting three strong zombies? The targeting will unhelpfully disappear forty seconds in, negating the targeting bonus.

In the end, Code of Princess is one of those bad games where they hope the scantily-clad protagonist will distract you from the game’s many flaws. The best part of the game is the non-gameplay part. If there was a way to skip the fighting stuff and just watch the cutscenes, that’d be nice. Still, I’d have to admit the cutscenes aren’t that great; I’d probably be more entertained watching an episode of Family Feud.