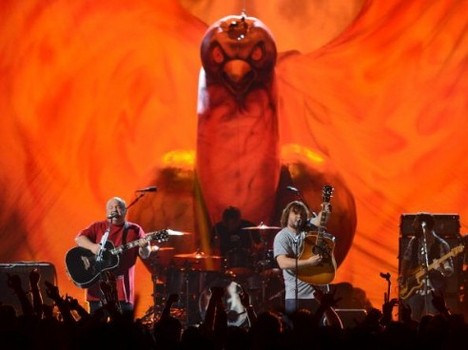 After our wildly popular coverage of last year’s Spike TV Video Game Awards, we decided to do it again! But, we understand that not everyone is just sitting around at home on a Friday evening like the GameCola staff. That’s why we recorded the event! This way, generations to come will be able to celebrate the timeless tradition of listening to the GameCola Spike TV Video Game Awards Pre-recorded Livecast.

This recording has the added bonus of actually being able to hear Jeddy! During the livecast, Jeddy made the valiant sacrifice of his own participation in the event so that others might continue on. Tales of his valiant deed will be told for generations to come. At least, that’s what we talked about for half of the podcast. Anyone who wasn’t there at the time would have no idea if we hadn’t said anything. Oh, well!

Join Alex “Jeddy” Jedraszczak, Paul “Predator in Chief” Franzen, Christian “Sea Ports” Porter, and Matt “Matthew” Gardner on an excellent adventure through the Spike TV Video Game Awards! Along with the topics of Spike TV, videogames, and awards, we also talked about:

So, totally in accordance with fair use, we present to you the complete podcast, including Jeddy’s voice and the show audio which we hopefully can’t be sued over. Thanks again to everyone who attended! Hopefully, we’ll see you all back again next year!