Matt Jonas’ recent review of TubeHero has caused me to sink into a deep depression, concerning modern life. The Internet was supposed to be a wonderful tool designed to further communication and advance the species. Instead, all it does is cram advertising down your throat and send humanity back a few thousand years, to the slavery of self-worship.

I’m looking at licensed games here. A licensed game is basically an advertisement. So why do they contain so many ads? It’s like…you bought a talking doll, and the only thing it talks about are other toys you can buy.

So. Pirates of the Caribbean: Master of the Seas. It’s a generic social networking game, with a pirate theme. Throw in a picture of Johnny Depp as Captain Jack Sparrow—just one picture, mind you—and suddenly, everyone will want to download it.

Two things pretty much ruined the game for me. First, the deathly slow reloading times. The more you level up, the longer it takes for your HP to fill. The game is okay in levels 2-5, where you have to wait ten minutes to refill on HP. When you get to the point where it takes four hours to refill on HP? Forget it.

The second thing that ruined the game were the unskippable ads. The pop-up ads appear every minute or so. They also appear every time you switch from one application to another. Did you step aside from the Pirates game for two seconds? The game punishes you with an ad, for having the audacity to use your iPhone for anything other than this game. As someone who constantly has six different programs running at once, I can confirm that it is no fun being under constant ad-tack. 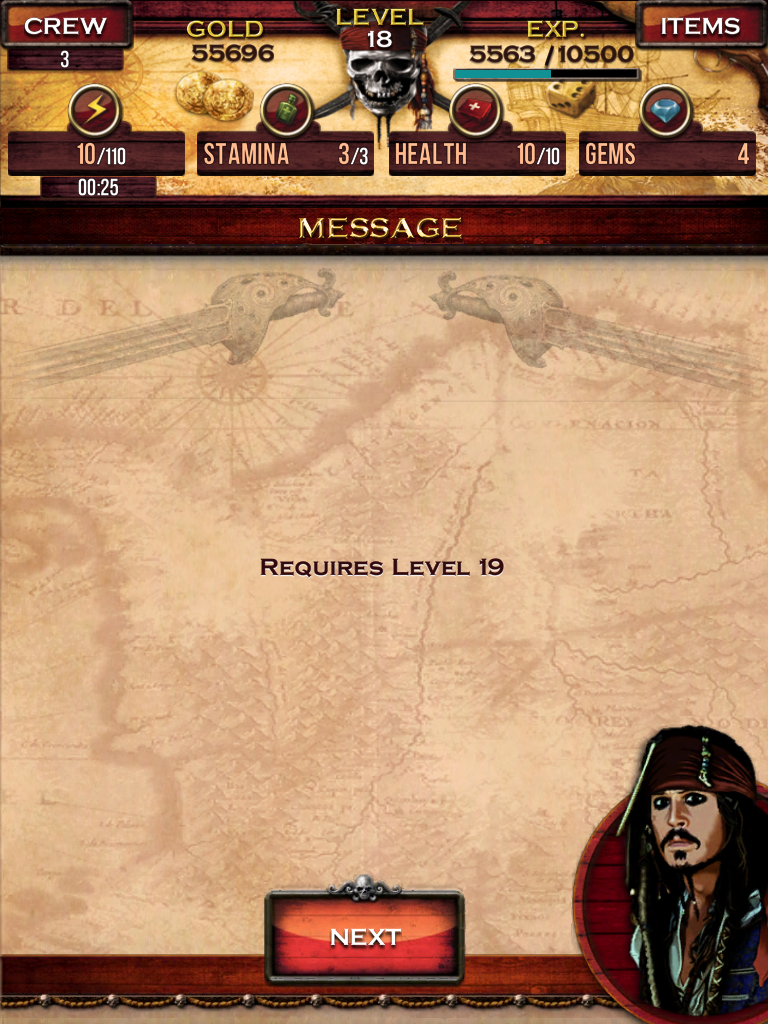 Is there anything to like about this game? The missions sometimes have humorous-ish dialogue. And the HD graphics—which you have to download separately, for no apparent reason—are crisp. And if you like blowing up your Facebook friends’ sailboats, this is a good place to do it.

But I can’t handle the large amount of ads, in a game which is basically an ad. I’m going to turn off my Internet now, okay? Even if I was a thieving pirate, I wouldn’t want to steal this game.

Gamera Obscura has been cancelled by the almighty powers that be.