Whether it’s a famous athlete or a TV or movie star, we all know a celebrity or two who looks a bit like us. But what about videogame characters? This month Jeff Day asks the GameCola staff:

Though, apparently, he didn’t think it was a good enough question to actually answer himself. 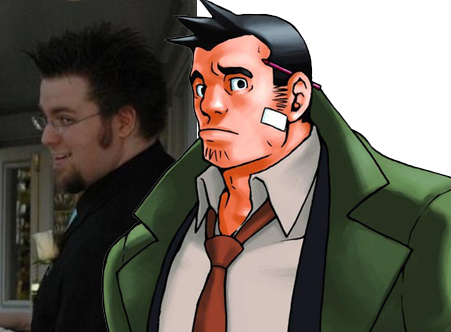 I guess it would be Detective Gumshoe from the Phoenix Wright games. If you replace all his bulky muscle with bulky fat, remove his apparent propensity for facial injures, and add glasses, then what’s left is we’re both large, pointy-haired, bearded, be-sideburned guys and, much like Detective Gumshoe, every time I choose to don a trench coat in public, I end up going down to the police station, too. 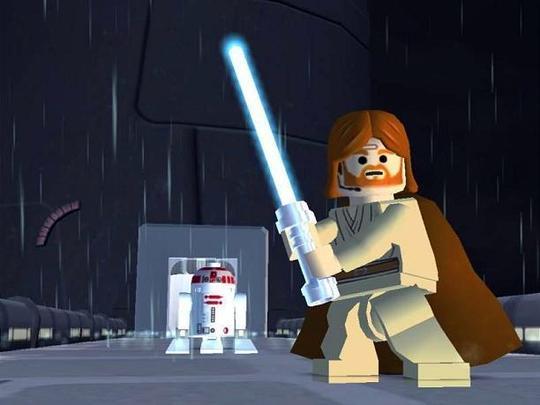 No question. Obi-Wan Kenobi, at least in any game based on Star Wars: Episode II or III. Or that Clown Wars show.

I used to be funny, once.

I look almost exactly like Alexandra Roivas, the main character from Eternal Darkness: Sanity’s Requiem. If she ever needs a partner to help in the zombie-slaying business, I am the one she should call. 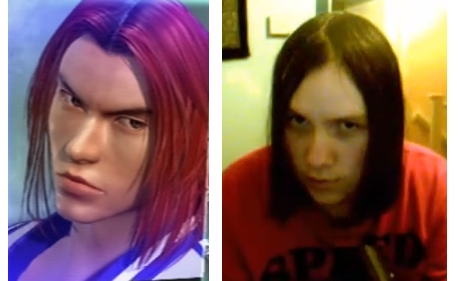 Hwoarang’s Tekken 4 Portrait. Back when I had long hair, of course.

I was trying to find someone from a series that people (other than me) actually like, but you know what? Forget that. I look a lot like Bethany from Dragon Age II. Specifically, this version of her shown above.

And you know what? For a mage, she wasn’t all that useless. And she had some hilarious conversations with some of the other party members, and her voice wasn’t irritating like a lot of female character voices. I actually felt bad when she died/was conscripted. So yeah. Bethany from DAII. 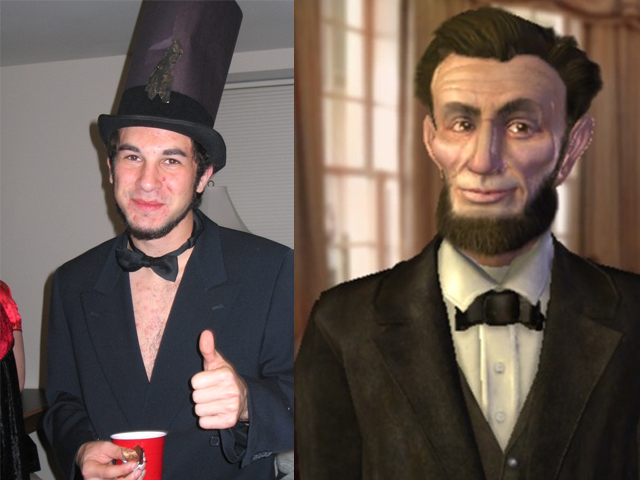 I get about a comment a week about how I look like Mr. Lincoln. You know, the 16th president and inventor of Lincoln Logs. In fact, one year for Halloween I went as Naked Abe Lincoln. Technically I was just shirtless, and even then, I had a suit jacket on. But I was Lincoln, damn it! I can’t say why I chose the Lincoln look…perhaps it chose me. But damn if I didn’t enjoy restoring the Lincoln Memorial in Fallout 3 and blockading Egypt in Civ III.

Lincoln is the U.S. ruler in most games of Civilization, and he’s supposedly an unlockable character in the Fight Club game. Sure, an Abraham Lincoln: Vampire Hunter game is in order. 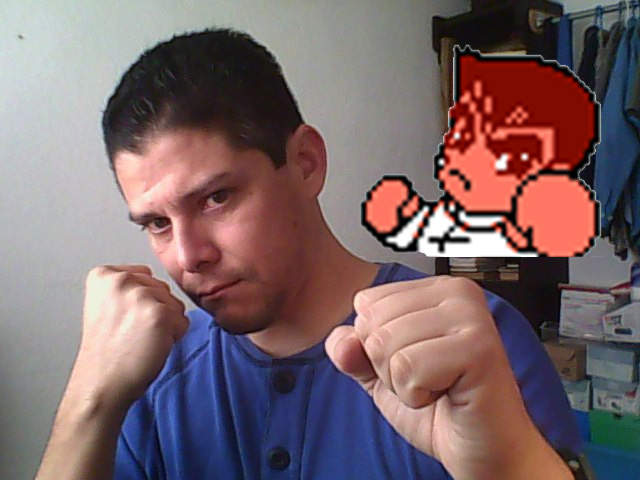 Is it a surprise? Alex is the first character I knew who had the same name as me (Alexander’s my middle name). River City Ransom has been quite an influence on me since the day I first met the game, so I don’t know if the character looks like me (at least in my mind he does) or if I’ve always kept my appearance close to his (also, I used to practice martial arts, so there you have it!).

Actually, his real name in Japan is Kunio, and he’s very well-known over there (it’s said that he’s the inspiration for Slam Dunk’s Hanamishi Sakuragi), but he has been renamed no fewer than three times in being relocated to America (Alex, Thomas, and Crash). Now that GameCola has gone away from the mainstream, you can bet I’m gonna talk a lot about this series. 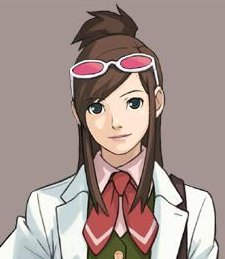 Ema Skye. We both have brown hair, sunglasses of some kind that stay up on our heads, wear skirts everywhere, and carry a notebook. Enough said.

Have some questions to ask the GameCola staff?Ask in the comments below and we’ll probably use your question in a future column, unless it’s super dumb.