Having arrived in Coneria, accepted their quest to rescue the kidnapped princess, gotten themselves decked out with equipment, dilly-dallied around town, and survived their first combat encounter, our four heroes press on toward the Temple of Fiends. Listen to the horrifying creativity of Michael “PANC the Fighter” Ridgaway, the hazardously nonspecific battle commands of Michael “ALPH the Red Mage” Gray, the gentle breeziness of Joseph “JOEV the White Mage” Martin, and the frequent minor pokings of Anna “LITA the Black Mage” Bryniarski as Nathaniel “the GM” Hoover puts one monster after another between them and the pancakes they were promised. 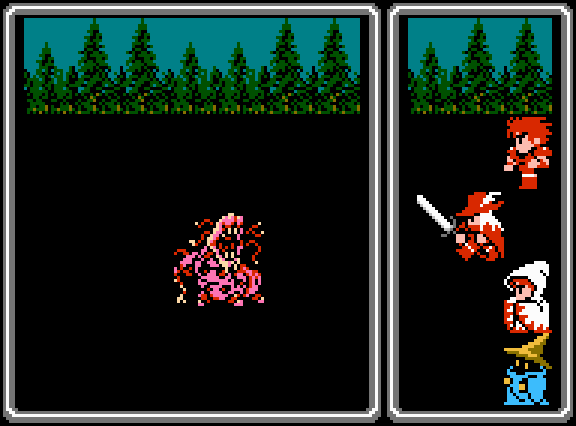 Here’s what to expect from this battle-tastic second installment:

I refuse to say very much on this movie, as it has already stolen way too much of my life. …of the Month is usually short, anyway, so it shouldn’t matter to my loyal non-readers.