Here at GameCola, we typically don’t write about reviews made on other gaming websites and outlets (yes, there are others). But this week, we had to make a special exception. @Duaine09 (Duaine Hall) was on the edge of his seat nearly five years ago, like the rest of the world, wondering what FIFA 2010 would be like. Will the graphics be improved? Any new gameplay mechanics? Will the ball be rounder than in 2009? Sure, it won’t have super-move bicycle kicks, but surely some worthwhile improvements.

Well, five years later, Duaine has finally put the finish touches on his review. But, how can you cram so much passion and emotion in to a mere 140 characters? Well, he managed to do so in only 23 characters. 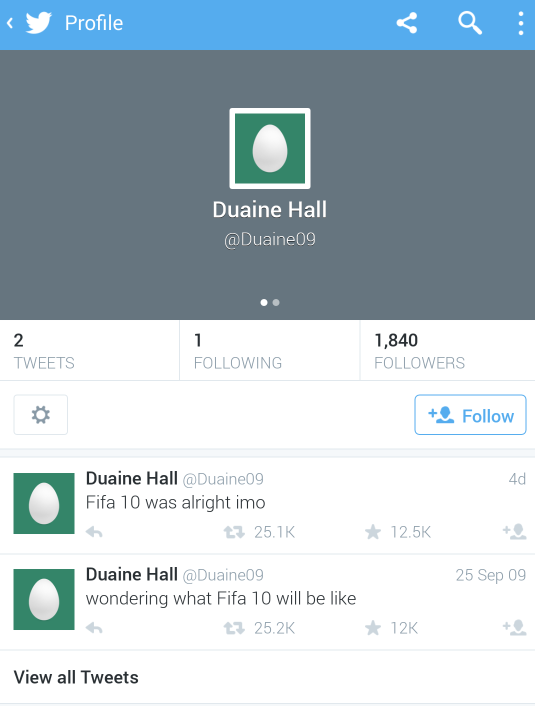 Finally, the long wait is over!