Having trouble keeping up with all the latest indie games? So am I! But, I went to the trouble of rounding up the new additions to itch.io for you. Take a look at all the games you’ve been missing!

Gravity Blocks takes a simple formula and really pushes it to its limits. You control gravity, so all blocks will fall in any of the four primary directions. There are multiple different game modes with different goals based on this idea. It seems like your average mobile puzzle game, but you can see from the screenshots and trailer that a lot of effort went into this one. For only 1.99 Euros (~$2.75), it seems like a pretty good deal if you’re in the market for a puzzle game. Oddly, while it looks like a mobile game, it’s only available for PC and Mac through itch.io. 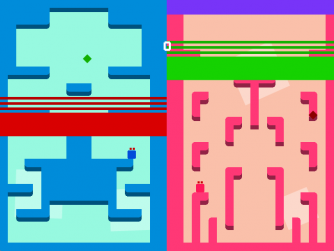 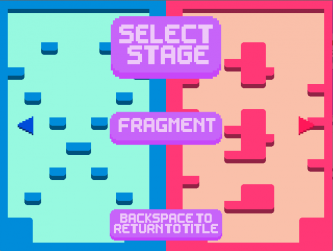 Cascata is a two-player co-op game where you play to save the person. Walls of death scroll down from the top of the screen on each side, and it’s the job of the player on the other side to collect diamonds to stop them. It looks like a simple and fun game for only $2 Canadian. 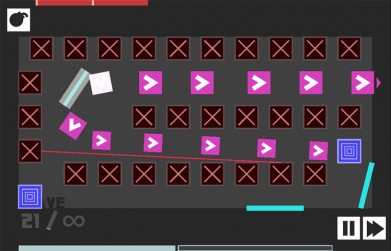 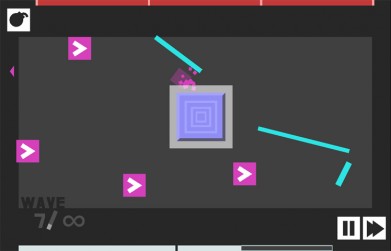 Block Blocks is another block game, but while it may not have the fancy graphics and trailer that Gravity Blocks has, it still looks like it has pretty solid gameplay. You draw lines on the screen to block the blocks (haha, get it!), and different types of blocks will interact with the lines in different ways. The game is available for only…huh. I usually don’t select games that are under $1. The developer must have changed the price between me selecting the game and actually writing about it, because it’s currently “name your own price”. It’s still a decent-looking game, and I already wrote about it, so here it is! Go support a developer and pay at least something. 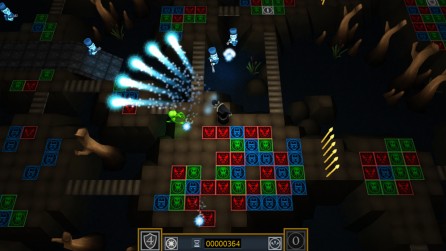 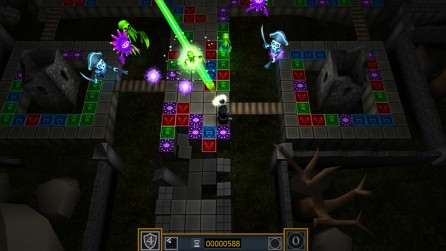 UnSummoning: the Spectral Horde is an interesting take on the block-matching concept. Monsters are coming for you, and you have to step on blocks of the same color in order to dispatch them. The more blocks of the same color that you step on, the more powerful your attack. I think that’s actually a pretty cool idea, and it the graphics and everything look pretty nice as well. Overall, it looks pretty worth the $3.99 asking price, and it’s available for Windows, Linux, and Mac. 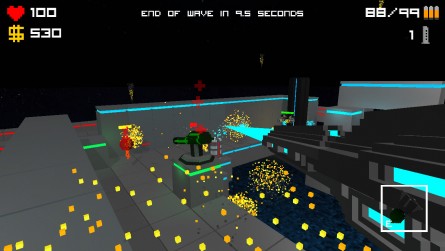 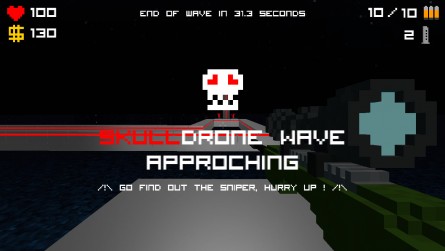 Nexus Sea combines elements of first-person shooters with…tower defense. The trailer looks pretty neat, and it looks like a pretty full-featured game, I’m just not sure how switching between the two works. It sounds like a cool concept, and it looks like this is a preview build with plans of trying to get on Steam. The $1.99 price point doesn’t sound too bad for this one, so if you’d like to support a dev with a cool concept (hint: you should), go give them your moneys and hope to see more cool games in the future. 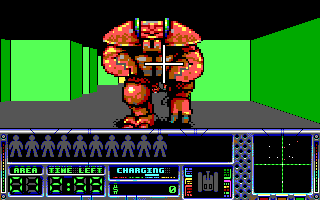 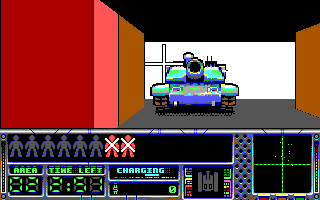 Abrams Tank is a retro FPS, but not like those Minecraft retro FPS games. Or, even like Super 3D Noah’s Ark retro FPS games. This one goes retro-er. I don’t think FPS games were even really around in the era they’re going for with this one, but that gives it kind of a neat edge. I’m not sure if it’s neat enough to justify the $4.99 normal price (Or, maybe even the current $3.74 sale price), but maybe the gameplay is really good. It’s tough to say without a trailer for this one. Maybe take the risk if you’re curious. 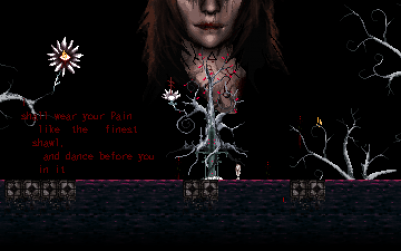 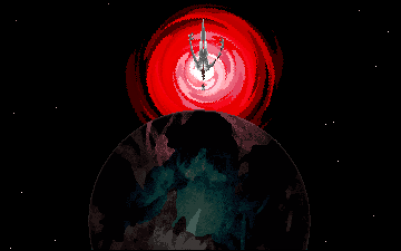 Gyossait Deluxe Edition is…intriguing. And, creepy. Usually “creepy” games are of the 3D/Oculus Rift persuasion, but this one goes for a retro platformer. There’s a part of me that wonders about the $8 asking price, but after watching the trailer, I feel compelled to give it a shot—even if there wasn’t incredibly much gameplay even shown in the trailer. The concept just looks too good, and they went all-out on the trailer. The niche of retro horror lends to supply and demand allowing games like these to ask for more. If you’re still not convinced, it also comes with a whole bunch of bonus content—including the soundtrack and multiple other games. What are you waiting for? What am I waiting for?! This game seems like a good one. Let’s go see what it’s about. 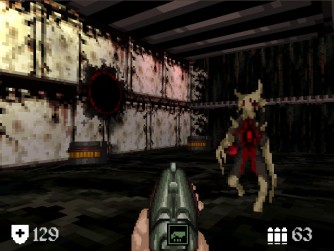 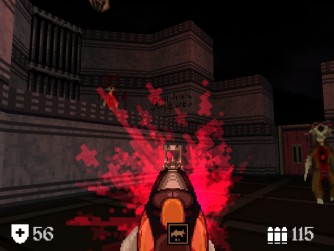 In the Kingdom is another retro FPS, this time more in line with what you might expect. There are low-resolution 2D sprites on a low-poly 3D background, and simple running around and shooting. The game has a creepy atmosphere, but I don’t know if it’s necessarily horror or just going after the sort of atmosphere you get in games like Doom or Quake. The $5 price seems a bit high for a game where the description says “glitches are bound to show up”, but it looks like this is intended as a starting point for more to come. If you’re interested in seeing more, as always, supporting the developers would be a great idea…! 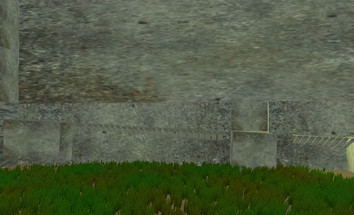 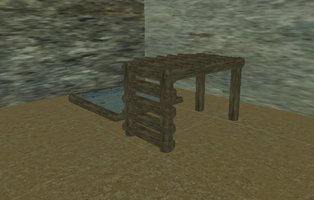 Sledge It Up is, uh, a game. I guess. I think it’s supposed to be a game. I can’t really tell from the screenshots. There’s like a patch of grass and then like a wooden thing. The description suggests you may be able to both smash and blow up things. It’s “in alpha” right now and a trailer is coming. I can’t say I’d expect much for $2.50. Even if those are Australian dollars, I’m still not sure about it. 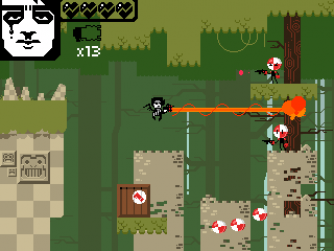 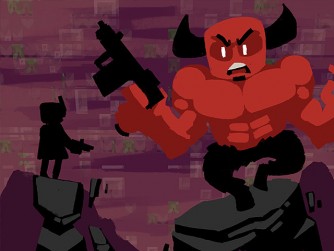 Emo McGothington has you playing an emo/goth “exiled hermit and all-around downer” fighting against the devil’s infinite candy army. If that description hasn’t pulled you in, it looks like a pretty decent retro action shooter/platformer. You know, less like Metroid and more like Contra. We’re getting a lot of high-priced games this week, but depending on the quality of gameplay and length of the game, the $8 asking price might not be as bad as it seems. They could just have their eyes on Steam, where it’d be more of an average price. 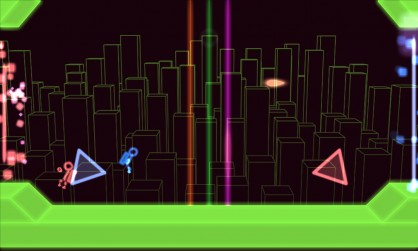 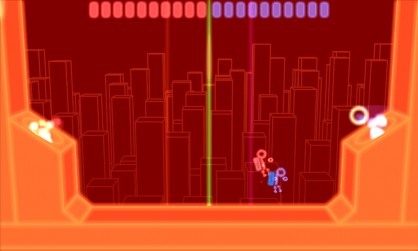 Soccertron, as the name would suggest, is a soccer-like game in a Tron-like world. You jump around in a futuristic 3D world and try to score points in games of “soccertron”, “shrinkotron”, and “basketron”. It’s primarily intended for local multiplayer, but there’s also a single-player mode. If you’re not quite convinced on the $1.99 asking price, you can always try the demo available on the profile page and decide after trying it out. 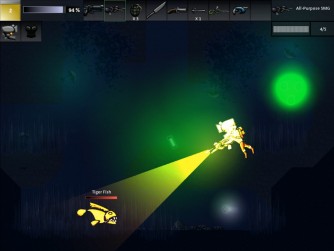 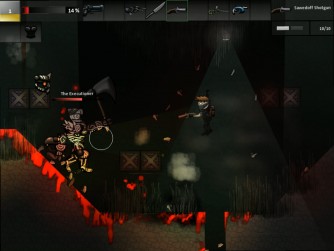 Shots in the Dark

Shots in the Dark is another retro-style action platformer, but more neo-retro than actual old-school this time. The point of the game is to kill things and take the stuff they drop. I mean, that’s generally the idea in videogames—but here, it’s explicitly noted as a concept, not just an incidental part of the gameplay. It looks pretty flash and fast-paced, and it’s only $1. Sometimes, I wonder about these prices. What am I missing that makes this one only worth $1, while the other one is $8? Should they both go for $4? Either way, if you don’t have the cash for Emo McGothington, this one would probably be your next choice for this week.

And, that’s it for this week’s roundup! Go buy some games already, will you?!

Inside the Guide is here, with the first guide of the year! ... It's for a game I dislike.