As my sudden urge to collect every CAVE SHMUP game I could reasonably afford raged on, I was able to also get my hands on the three Xbox 360 games you see above you. As I played them to ready them for my review and make up for my large drought of reviewing in the last little while, I had found, to some surprise, that even though I thoroughly enjoyed the hell out of each title, actually trying to review them separately would just be an exercise of redundancy.

Oh wait, the new GameCola standards require me to dumb it down for you because you readers can’t find your ass in time for diarrhea. I mean that instead of making three reviews that largely say the same things and little else, I’d have a much more full review just combining them all into one. 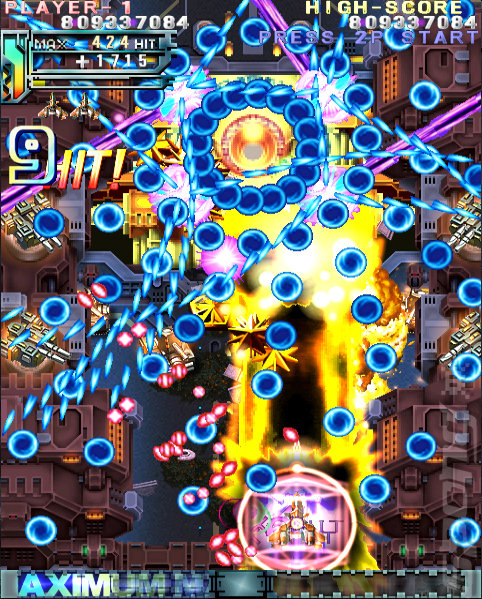 As I detailed in my Deathsmiles review, CAVE is pretty much the undisputed game of the bullet hell genre as it stands today, and damn straight I won’t dispute it, either. How fortunate I was to have an Xbox 360 when this craving finally burst forward like a man who hadn’t jacked it in a week—I would’ve probably had to buy one and THEN import all this shit onto it. I was lucky enough to get each one for an average of $21 (Akai Katana was domestically released and the cheapest one I got), as having to buy all that other shit would’ve cost me a minimum of $250 on top of that.

Or get into iOS gaming. Ick. 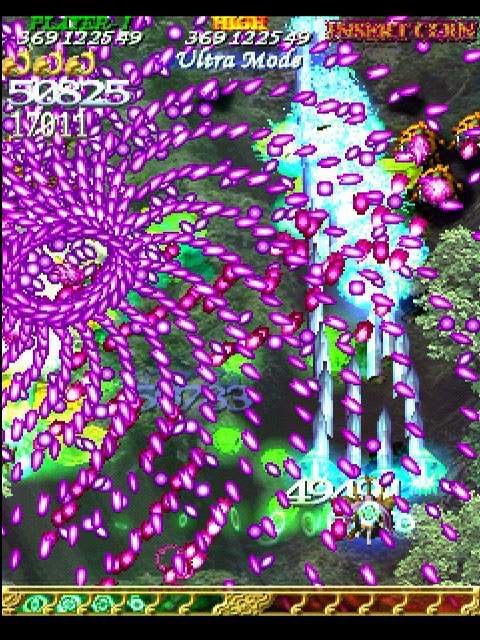 But these CAVE shooters might’ve broken me down to do it anyway. Each one is stubbornly consistent in terms of quality, and if the usually high prices to obtain them is because their graphics department charges a pretty penny, it’s money well spent. All three games show Xbox HD quality at its godly zenith (and even the original arcade versions stuffed inside two of them show off some purty colors), while the soundtracks go beyond the SHMUP standards for melodic, fast-pumping techno rock (standards that were already pretty high to begin with) with some other chilled, ethnic flavors that compliment the experience all the more. I love SHMUP soundtracks, but these are the only SHMUP games I’ve ever played where I specifically had to track down the versions with accompanying CDs to them—a success I was able to do twice that enriched this bullet orgy well beyond 11.

So that’s the candy coating; what about the meat? [Editor’s Note: Meat does not usually have candy coating, and vice versa. If your candy is bleeding, stop eating it and return it to the manufacturer.] Again, all three games are roughly the same. Akai Katana is a horizontal shooter instead of a vertical shooter like the other two, but it’s still pretty consistent with the other games. Hell, the first thing I said when I started up Mushihimesama was, “This is basically DoDonPachi Resurrection with bugs instead of ships”, and I was very much correct.

Each game features a five-level set, and Mushihimesama is the only game of the trio that does not have the famous second loop. The second loop is the first five levels again in a much more manic setting. Each level has a miniboss with its own energy meter and then culminates with a boss fight. Each game gives you two firing functions—one is your normal shot with your helper units firing all manners of missiles, lasers, energy, whatever on top of it, and the other is your laser cannon (or game-related equivalent) that fires an often-more-concentrated shot. The laser is stronger, but makes your ship move more slowly (though this has its own advantages when trying to weave between bullet curtains). 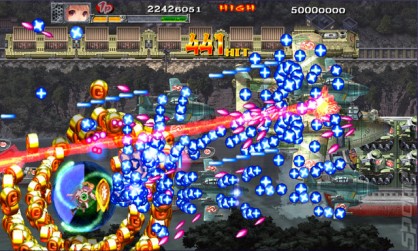 Speaking of bullet curtains, quickly do I notice that these games share almost all the bullet patterns, ideas, and even the same basic colors to keep that consistency live and present. One person I saw writing on one of the games summarized that CAVE’s style of bullet hell is “tough but fair” and I couldn’t agree more. Unlike older SHMUPs, all of the bullets are brightly colored so that you have a fair chance to ALWAYS see them. There aren’t shots that blend into the stage backgrounds that you just barely avoid (hello, Taito 1993) and the character you pilot always has a small, visible hitbox which makes it deceptively easier to maneuver the tough spots – heck, you might even be surprised how long you can last just weaving without thinking. 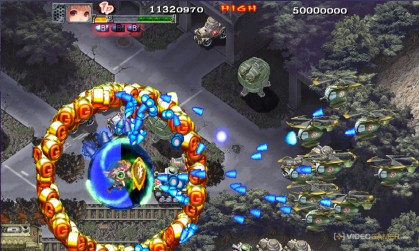 Each game comes with a plethora of different game types that change up the basic rules of the games in various ways. Most of them are, again, the same—changing up scoring mechanisms, laser types, difficulties, items, enemy arrangements, and even some of the backgrounds. In many ways, these range from simply rearranging the game slightly to almost playing an entirely different game. DoDonPachi has “Arcade”, “Xbox Version”, “Arrange A” and “Arrange B”. Mushihimesama has “Version 1.5”, “Arrange Mode”, and “Novice Mode”, as well as “Original”, “Maniac”, and “Ultra” difficulty settings which, again, change the game drastically. 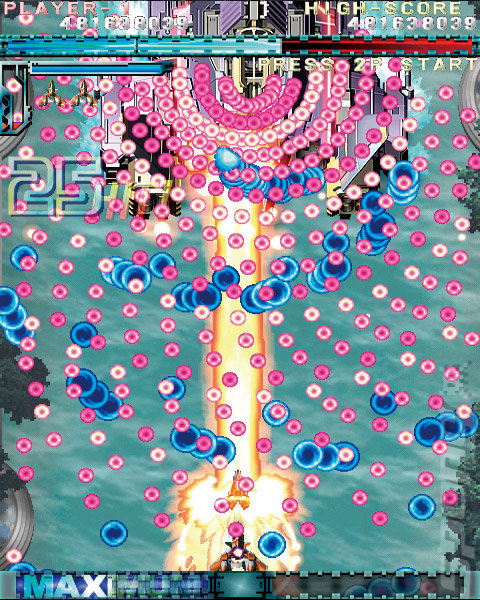 On the subject of “Ultra” difficulty settings, I’ve found this trio of titles to be exactly what I needed during the hell of my Thanksgiving season. So much to do, so little availability for hari-kari. Only about 30-50 minutes a day of gaming. With these titles, I’ve got more than 15 different ways to play games I’m familiar at playing, and 30 minutes with a CAVE shooter could equal up to two hours of your best Final Fantasy.

1. Mushihimesama features a mode where you actually have both players at one time switching back and forth like a Resident Evil Zero zapping system.

2. Akai Katana and DoDonPachi do not have weapon power-ups; you basically start with a full weapon strength that’s pretty damn ridiculous.

3. Akai Katana does let you switch “characters” as well, but not with other selectables. You switch with some sort of God-ish thing and they can take a bullet for you in the process.

4. By making certain “requirements” happen in DoDonPachi, you can actually play through different “branches” of levels. I’m not sure what these requirements are, but I’m sure they’re pretty complicated.

5. Akai Katana does not have a Black Label version.

6. DoDonPachi Resurrection (the PAL version I got) comes with an Arrange Soundtrack! Yay!

7. Mushihimesama has some very…ODD graphic settings you can use for whatever reason (or no reason) you want. 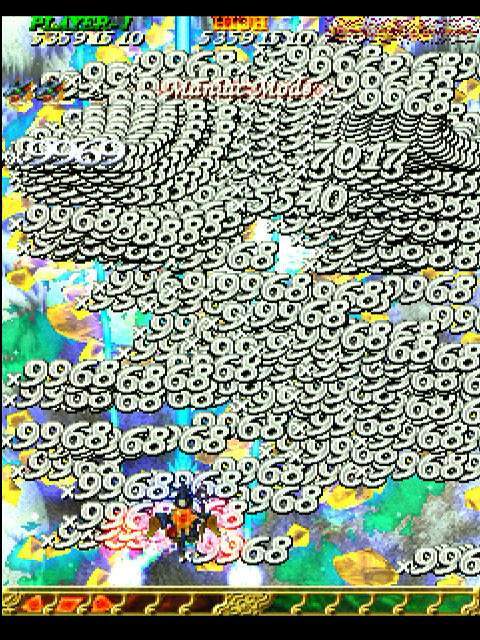 Whew Lordy, that review’s a mouthful and a half, isn’t it? Well, that’s all there is to say about it without needing to go further. These games are sweet as fuck, and I’m glad my cravings led me in the right direction for a change.