The more videogames I play, the more I suspect that most games are fun by accident. It’s sort of like how people who know nothing about cooking can make decent meals if they’re given high-quality ingredients and/or follow the instructions on the box—they don’t need to excel to eat well; they just need to refrain from transforming the kitchen into a smoldering heap. Any game developer can fall back on time-tested genre tropes or get by on novelty alone, but it’s the ones who are careful and deliberate about crafting an experience for their players who are the true artists, the master chefs of the game design world.

Having never played or even seen a Lufia game before, I had no expectations other than those that I have of every portable RPG of the Game Boy era: generic, but adequately entertaining for long car trips. Lufia: The Legend Returns met those expectations immediately. I settled in for 20+ hours of whacking slimes with swords; visiting the Cave of MacGuffin to retrieve the fabled Plot Device of legend; watching multiple lovestruck NPCs die predictably within 10 minutes of announcing their intention to wed someone; and gathering a team of ineffectual battle mages and soldiers who die in three hits, most of whom inspire confidence in their allies by insulting the main character’s intelligence before or after every boss battle. The game was destined to be a mostly forgettable footnote in my gaming career, but the comfortably mindless combat, interesting monster designs, and unexpectedly rockin’ soundtrack were enough to keep me engaged. 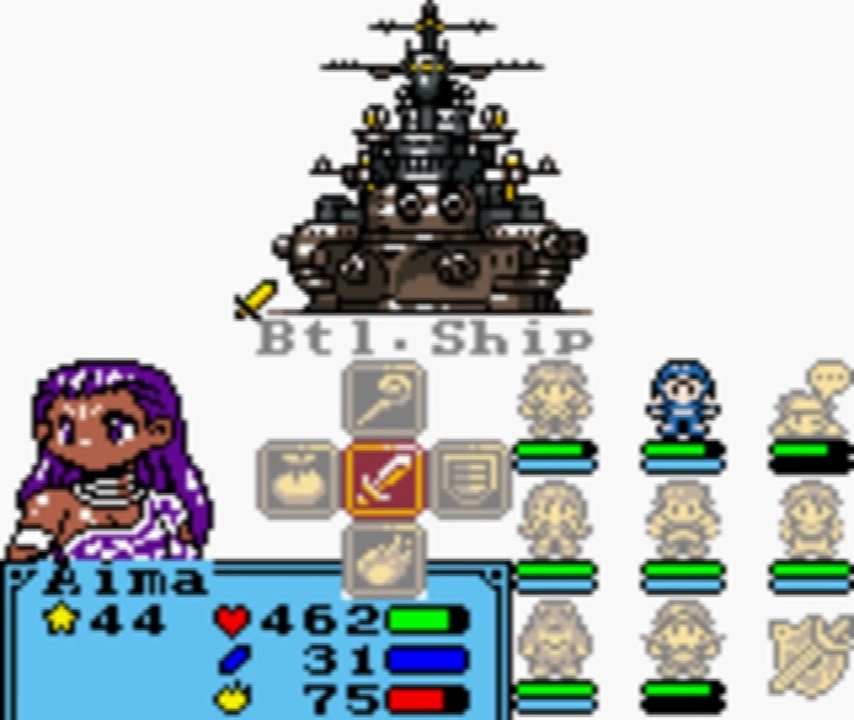 Yes, you get to take down a battleship by punching it and poking it with sticks. The Ewoks would be proud.

However, the game continually surprised me. Every time I started to play the game on autopilot, I’d discover a party member, game mechanic, enemy type, special ability, or piece of equipment that would rewrite my tactical playbook. I began to savor the satisfyingly challenging battles (overemphasis on calling reinforcements notwithstanding) and relish the strategy potential of having up to nine characters arranged on a dynamic battle grid. Despite its mundane beginnings and dysfunctional characters, Lufia was on track to becoming a good RPG, not just an adequate one. Well, if you overlook the dungeons that make up the bulk of the game, all of which are supposedly randomized. 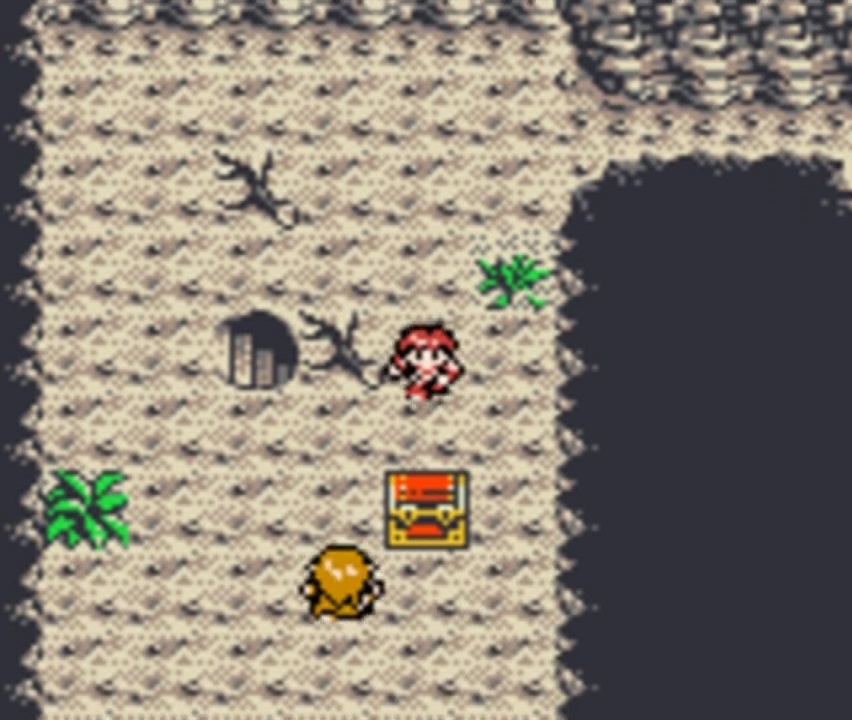 Plenty of games have randomized dungeons. I haven’t played them, but I know they’re out there. What makes randomization interesting is that, like Forrest Gump’s proverbial box of chocolates, you never know what you’re going to get—treasure chest, pit of spikes, demon lord, milk chocolate truffle, etc. The player needs to constantly be on guard for surprises, and the promise of new map layouts every playthrough encourages the player to keep coming back for more. Lufia completely misunderstands the purpose of randomization and makes you replay the same dungeon over and over throughout the entire game. 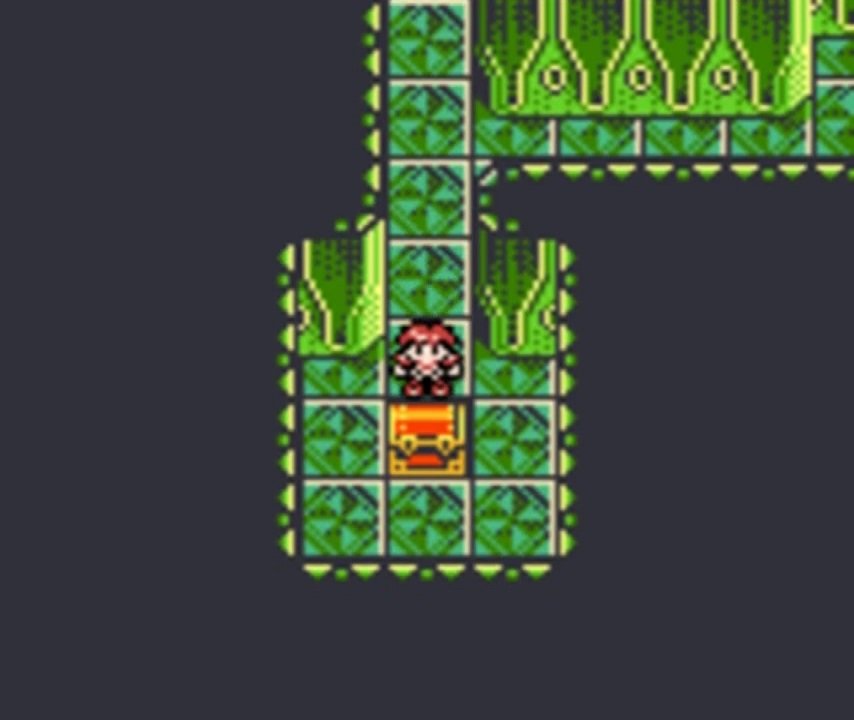 At first, you’ll be inclined to thoroughly search every room to make sure you don’t miss anything important. In time, you’ll learn to beeline for the exit, bypassing everything except maybe the monsters you want to fight and the halfway decent treasure you know is probably behind that wall over there. Once you understand how the randomizer works, there is no joy in exploration, no joy in opening chests, and no need to fight enemies unless you’re lazy, sloppy, or underleveled. You can’t even enjoy the specific randomization of any given dungeon, because each floor is randomized as soon as you enter or reenter it. Lufia has around 30 dungeons, averaging 20 to 40 floors each, but they’re never different enough to be worth randomizing, and never stable enough to provide a sense of character deeper than the cookie-cutter décor. 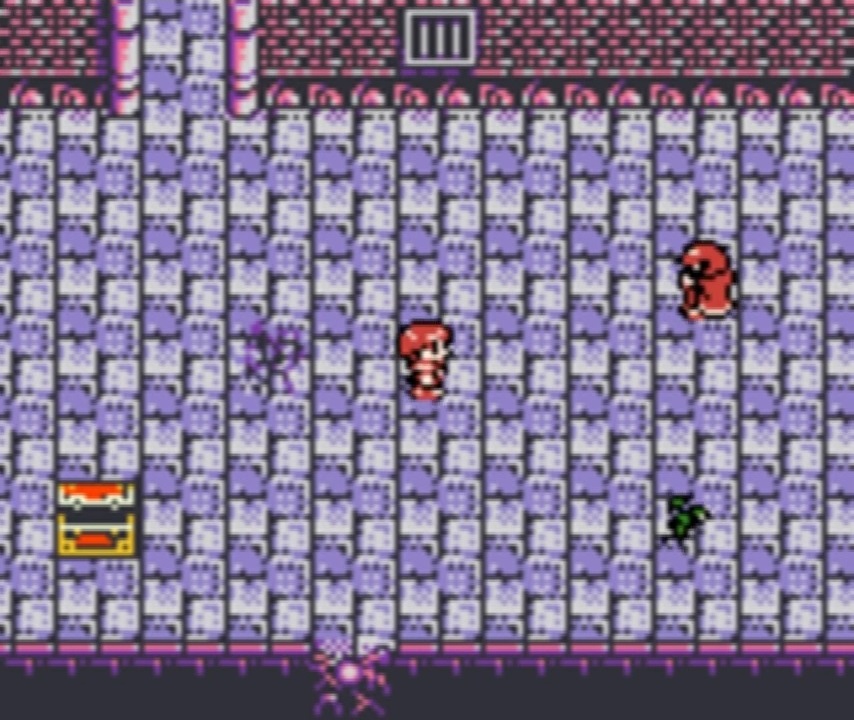 The only unique randomized dungeon is the optional one where you lose all your equipment, magic, special abilities, and stats, and have to work your way back up to full power through 100 floors of all the enemies you’ve ever fought—a cleverly challenging proposition, if “occasionally, place a random piece of equipment in a treasure chest” weren’t the only modification to the dungeon randomization pattern. Arguably, the most exciting dungeon in the game is the nonrandomized underwater temple, which is maybe three floors deep and completely devoid of enemies until the boss at the end. The deliberate layout, elaborate backgrounds, and treasure chests containing actual treasure make it fun to explore! Heck, even the suspicious lack of enemies isn’t a drawback; it contributes an element of mystery and tension. The most boring dungeon of any other game is a highlight of this one.

I prefer thoughtfully crafted dungeons, but I’ll take randomized ones if they’re thoughtfully randomized. Give me twisty little passages and dead-ends and huge rooms. Give me pillars and lakes and statues. Give me treasure that’s worth risking my life over. Give me anything other than endless towers of 9 x 9 grids.