And I have to admit…I kind of liked it.

As words like “frantic”, “casual”, and “addictive” don’t generally appeal to me, I’d never had much interest in mobile games, and I’d always heard bad things about mobile RPGs. However, being a big fan of the Steven Universe TV show, I decided to give this one a shot—and I’m glad that I did! 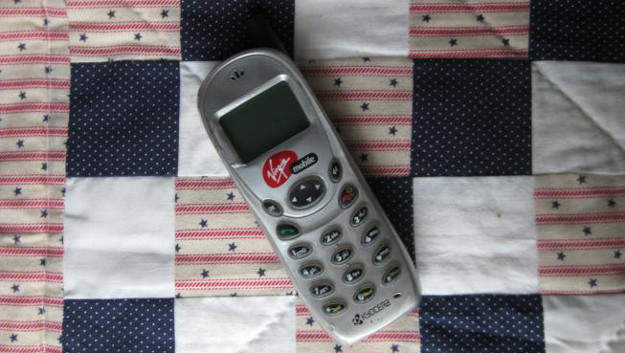 I had to borrow a phone as the game didn’t work on my Kyocera 2119b, however.

Steven Universe: Attack the Light! is a great casual RPG. Given that the license comes from a children’s cartoon, the game is obviously intended for a younger audience, so don’t expect a deep story along the lines of Mass Effect…or even EarthBound, considering the $3 price tag. For a licensed game, on the other hand, it’s decidedly not terrible. The game’s format suits the show, the voice actors are all there during cutscenes and action sequences, and the developers did a great job of tying in items and locations from the show. Still, the game is simple enough that you should be able to follow along even if you’ve never heard of Steven Universe; and really, I’d suggest this game simply on its merits as a fun and modern turn-based RPG. 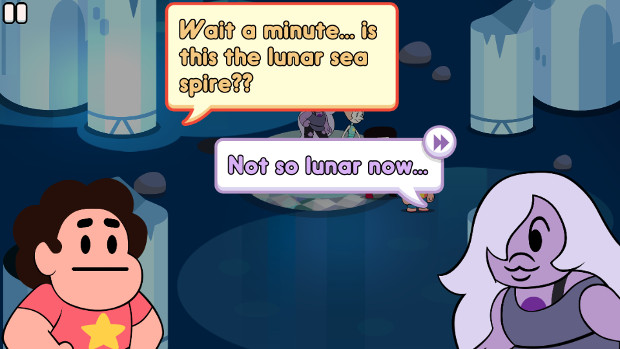 You don’t need to have seen that episode to beat the level, but it helps tie in the license.

See, what really catches my interest with this game is what they managed to do with the basic format. I’m a fan of simple, old-school style RPGs: I like to see small numbers and incremental progression. I like to explore dungeons, find secrets, and fight bosses. Attack the Light! has all of that, but it also manages to avoid all of the boring issues that have plagued RPGs for generations. While they stick to the tried-and-true turn-based battle format, each attack and ability has a unique touch interaction that keeps things interesting, and also introduces an element of skill. Basic attacks have a Mario RPG-style “tap in time for a bonus” feature, while other skills have various timing, tapping, or dragging interactions. And without a lengthy 40-hour plot, they don’t have to be stingy with the levels and you always get a satisfying feeling of progress.

There are also little details that I really appreciate. In the show, the Crystal Gems are mystical warriors who are thousands of years old, while Steven is just a (half-human, half-gem) child. Something that’s always bugged me about RPGs is that you can play the part of an experienced Dark Knight, a veteran warrior and Captain of the Red Wings, and still only be level 10. Attack the Light! works around that by making Steven start at level 1 while the Gems start at level 9001. In the same vein, Steven plays the same role he does in the show—playing support from the sidelines while the Gems handle the monsters directly. It’s both an interesting gameplay dynamic and a great example of a game working with its license. 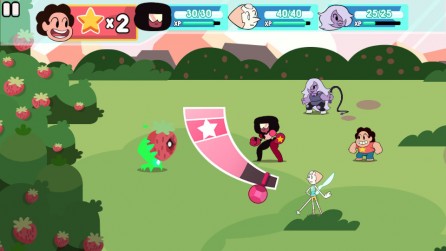 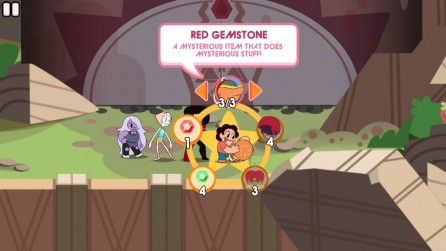 Actually, I’d like to take a moment to talk about that a bit. It’s something I’d always thought about. There are games where you get “different” characters in your party—Banon in Final Fantasy VI, Buzz Buzz at the beginning of EarthBound, the spirits in Arcana, or maybe even the characters in your group in the second half of Dragon Warrior IV that you don’t really control directly. The thing is, all of those characters are pretty much just regular player characters…just that they have some different skills and you don’t have 100% control over them. In the case of Attack the Light, Steven is a completely different type of character. He can’t attack, he can’t be attacked—he doesn’t even have HP. He’s there to provide status buffs and use items from his backpack, which also makes him the only character that can use items. In a way, it’s just something that came about while trying to suit the source material…but, the traditional option would have been “protect the weak character who causes instant game over if they die”, which has never been fun.

What? Oh, I’m supposed to talk about other stuff? Yeah, sure.

The graphics are pretty nice. They’re about what you’d expect from a decent-quality mobile game. Cute vector graphics with smooth animations and the occasional cutscene. As for the audio, the sound effects are what you’d expect, and there’s regular voice acting featuring the talent from the show. The music isn’t much to write home about. It serves its purpose, but while it’s not exactly bad, it’s not really on the same level as the music from the show. If you find yourself playing the game for more than a couple hours like I was, the battle music might get a little worn out. But, that’s one of the very few complaints I have about the game.

Very few complaints, sure, but not none. The developers did a great job at creating a variety of attacks and abilities that are interesting both in effect and execution, but it also kind of leads to getting in a groove of maybe three skills you use repeatedly. Garnet’s multi-punch attack might be the most powerful in concept, but it costs way too many points for how rarely I got the timing right, so I ended up using the simpler and cheaper rocket punch way more often. In the end, that’s also a debate between bad design or bad player. The developer tried! And there’s still a level of skill and strategy (and fun) in using the skills you pick; it’s just that you’re rarely going to use anything new after you get good at the ones you like. 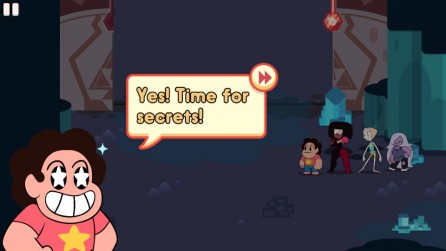 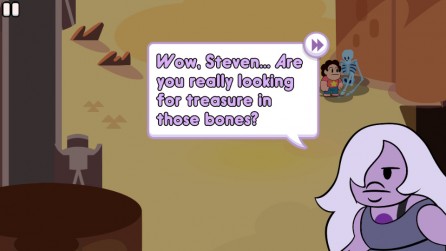 Another thing I really enjoyed that also counts as a slight negative is the secrets. Something that I feel is missing from a lot of newer RPGs is the need to explore. There’s no need to walk into that strange-looking corner because, yeah, they don’t really make hidden passageways like they used to. Attack the Light! is full of secret paths and tricky doors—obvious and surprising, required and optional—that provide what I’ve been wanting for a long time. There’s even a level that’s basically 100% secret rooms, which was kind of fun. The problem with this comes when the completionist in me wants to 100% every level…and, levels start getting a little bigger towards the end. There ends up being a lot of returning to every room and swiping in every direction. Again, is that my fault or the game’s? I’ll leave that up to the preference of the reader.

But, I’ve had a lot to say compared to the length of the game. There are five sections, each with five required dungeons and a few bonus dungeons. You can back and visit any previous dungeon whenever you want, and you can exit the game in the middle of a dungeon and pick up where you left off. If you have some dedication and you skip all of the optional material, you might be able to beat the game in one (very long) sitting. While it’s not long by RPG standards, I thought the length was good for the price, and I intend to go back and try for 100% at some point. Maybe even try some of those skills I never really used. I doubt there will be much in the way of replay value story-wise, but the game itself is fun enough.

All in all, did I enjoy the game? Yes. Would I recommend the game to others? Definitely. Did it add anything to the Steven Universe universe? Eh…not so much. But, it served the purpose of licensed media, bringing me closer to the show by giving me a fun adventure where I lead my favorite characters through missions just like I see on TV.

If you’re a fan of Steven Universe, or if you’re looking for an update on the classic RPG formula, or if you’re just looking for something to do on a long car ride (in the back seat—never drive distracted!), then Attack the Light! is worth the $3 investment.

"When I was a child, I spake as a child, I understood as a child, I thought as a child: but when I became a man, I put away childish things." -- Some Dude in the Bible I love the Resident Evil series.