There’s been a lot of buzz about Super Mario Maker since its announcement at E3 last year. While there have been homebrew solutions to making custom Mario levels for years, the prospect of having a simple, full-featured level editor from Nintendo itself is a dream come true for some. But, it gets even better than that. At a recent press conference, Nintendo announced a new feature that’s been making headlines.

Users will be able to buy and sell Mario Maker maps through the Nintendo eShop.

That’s right! You’ll not only be able to share your maps with friends—you’ll be able to make money doing it! Apparently the wild success of Nintendo’s Content Creators Program, in which YouTube reviewers and Let’s Players were allowed to earn a percentage of their own ad revenue on their own channel for videos they made themselves, led Nintendo to consider other forms of profit sharing for user-created content.

Taken from Nintendo’s website, users will make 25% on every level they sell through the Mario Maker program. That might not seem like much, but keep in mind that users are free to set the price; if they charge $100 for their map, that’s $25 per sale! You could say that Mario Maker creators will be seeing a lot of coins. Eh? Eh? Get it? 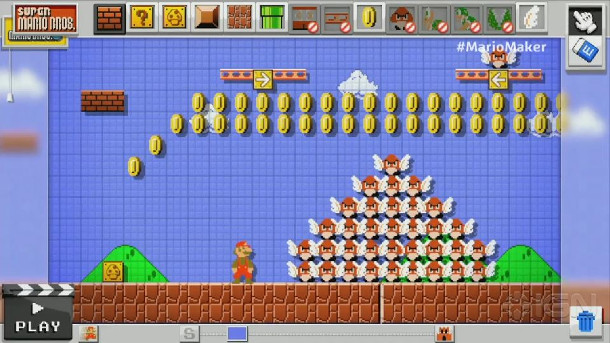 We here at GameCola think this sounds like a great way for folks to make some cash doing what they’d probably be doing for free anyway, and we’re excited to see the sorts of great content people will be selling on the eShop after release. These sorts of programs always see a lot of support, and we’re glad to see that Nintendo is finally moving into the modern era and profiting from user-created content. It truly is a great time to be alive.

GameCola writer and International Man of Misery Meteo Xavier may be taking a small hiatus from writing, but he certainly hasn't been resting on what remains of his charred and broken body. Our goo