In today’s society, there are two footnote ways to designate a game’s popularity: mainstream and non-mainstream. Mainstream games are your basic AAA titles like Call of Duty, Legend of Zelda, Mario, and other illustrious titles. Non-mainstream, however, is home to games that leave you scratching your heads upon attempts to remember them. Such examples include Furby Buster 64, Apollo Hero: Olympus Tour, and Crazy Bus (games subject to non-existence). But what would it be like if a game as farfetched as that was a crowd favorite known around the world? Without further adieu, let’s answer this month’s question, submitted by me: What non mainstream game would you make mainstream and why?

Ryan Mather here, and if I could have an oddity of a game or game series become known mainstream (in North America anyways) it would probably be the multi-platform, PC/DOS/MSX-centric Princess Maker—essentially a child-rearing simulator where you raise a girl for eight years from age 10 to 18. The reasoning behind this being that you’re a retired knight or some such, never married or anything, and a god decides to take pity on you or reward you with a family. In some versions you can change almost every detail about the back story, but the basics remain similar.

Creepy implications aside, gameplay is tame and RPG-like with most of the game being a series of dialogue choices, micromanagement, and barely-controlled mini-games, with a little bit of typical adventure RPG fare sprinkled in.

There was a single attempt at translating Princess Maker 2, but SoftEgg, the company in charge of the translation, went bankrupt before it was released, so the original publisher decided not to risk their intellectual property on another attempt. 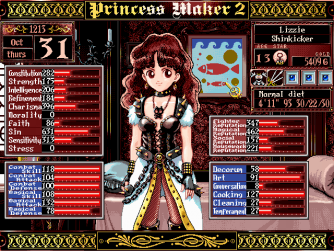 Heavy Metal Princess…I can dig that

If the overabundance of relevant characters and brainwashing tactics wasn’t enough, then I’ve obviously failed my own digital city. If there’s one thing that’s common between most gamers, that would probably be their undying allegiance to a certain console. But hey, why give your undying love to a certain console when you can give it to a game that makes fun of the whole war? That’s right ladies and gentlefolk—I’m talking about the Hyperdimension Neptunia series!

Hyperdimension Neptunia is a JPRG series developed by NISA for the PlayStation 3, along with remakes and ports for the PlayStation Vita. The series is held within the fictional world of Gamindustri, a technology-driven universe that acts as home to four nations. Feel free to raise your hand if you notice something familiar about the names of these nations, because you have Leanbox, Lowee, Lastation, and Planeptune. These nations are each run by a Goddess, also known as a CPU. The four main CPUs are Neptune, Noire, Vert, and Blanc. These four CPUs constantly struggle to gain shares for their nation, which symbolize the nation’s belief in their CPU.

Now, I can sit here and talk all day about the plot, but I’d rather get on to the gameplay. Whether you’re an anime lover or not, it’s guaranteed to be entertaining having comic relief in any game. What better way to bring comedy to the table than with fourth wall breaking, an overall parody of the console wars, and did I mention the boo…wait, can we say that on this website? Well, I’ll let you figure that part out. After all, with the recent release of the three games remade for Steam, the series has already gotten quite a bit more attention. One day, Neptune will claim all you shares!! 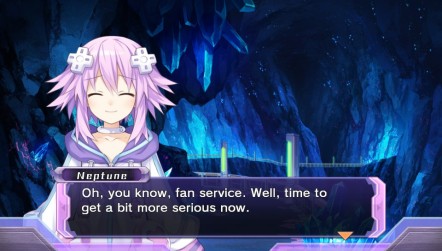 I’m sure she just means the ceiling fan is broken…

I would make the Animorphs videogame into a mainstream game! Mainly because I like Animorphs, and I don’t care if the series was cancelled over a decade ago. They could still make videogames for it! Dragon Ball Z does the same thing!

The question is, which game should be mainstream? Tough call. Do you want a Pokémon-style RPG, the adventure game which demotes Tobias to “hint button”, or the third one I’ve never heard of until just now? Hmmm…the RPG was awful, but I still think that’s the best genre for this alien-fighting series. A visual novel might work well, too.

Maybe Animorphs can go the way of the Mario series and have a bunch of games for different genres. Animorphs Tennis, anyone? 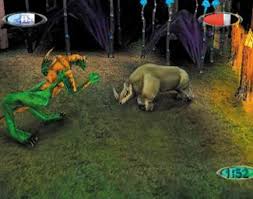 Anyone vote for Rhino as DLC?

NOLF, as we few fans affectionately abbreviate it, is a game that’s close to my heart (and not because I use the installation disc to protect me from bullets when I run out of body armor). It’s the only game I know with a well-executed vintage aesthetic, a wide array of creative and versatile weapons, memorable locations and characters, thoughtful level design, good replay value, a sense of humor, and a multiplayer mode where you can drive a Zamboni. A more mainstream NOLF would afford me the opportunity to drive said Zamboni against a real human opponent instead of all the imaginary people I’ve made up who have heard of this game. More importantly, I very much enjoy the game world and relish any opportunity to live in it a little longer. While the game was popular enough to spawn a respectable sequel and a lackluster interquel, even greater popularity would almost guarantee at least one last romp in the land of orange jumpsuits, bunny slippers, Super Atomic Laser Weapons, and monkey vendors. 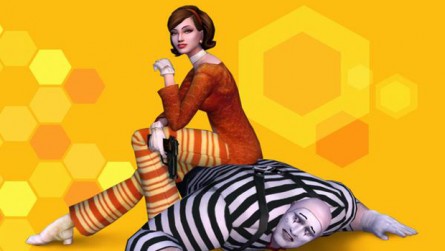 If I could, I’d make The Night of the Rabbit mainstream. It’s such a good game and it’s really pretty and the music is good and it’s just awesome. Everyone should play it. 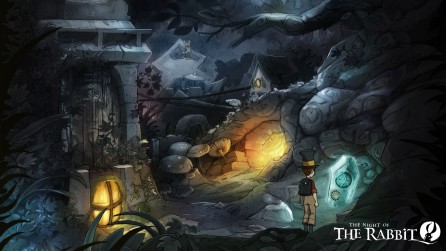 Is it too late to frame Roger Rabbit?

My choice for a “mainstream” game is honestly pretty biased and problematic. I really wish all the other games LucasArts made besides the Star Wars games were more popular. Specifically, Secret of Monkey Island and Full Throttle. Although any PC gamer worth their salt that plays a good breadth of games knows these titles, there are fundamental reasons why these games aren’t easily harkened back to.

I will argue with anybody that says computers weren’t a viable gaming platform in the ’90s, because they were. In early elementary school, I only knew one kid with a Super Nintendo, but every kid knew Putt-Putt, Freddi Fish, and Oregon Trail. Being that both my dad and uncle were in the computer industry, they brought home and played all the stuff skewed more towards adults. Since I was already used to the adventure game genre thanks to LucasArts’ off-shoot Humongous Entertainment and the SCUMM engine, Full Throttle was easy to pick up for me, a six-year-old. Granted, I always lost interested once you had to start finding objects around the eerie “Area 51”-like town.

As for Monkey Island, I think I either lost my copy or it was a demo copy anyway, because I never got that far in it either. But I loved the ambiance (I was really into Muppet Treasure Island at the time), and while I was confused by the older verb-based commands, if I had the game later on once I started playing Zoo Tycoon and the Nancy Drew games, I likely would have had a newfound love for it. Sadly, this didn’t happen—for a lot of people. Once the PS2 came around, games taking up space on computers began to make less sense, as the graphics had finally come around to looking as great as many had been on PC (and Mac!). The computer game market had already been shrinking around the dawn of the millennium, and continued to do so until arguably just recently.

And then the last bastion itself, LucasArts, was bought out by Disney as part of the larger Star Wars buyout. Now, from the beginning, Secret of Monkey Island was intended to be a mock of Pirates of the Caribbean, long before Disney had ever even thought blockbuster pirate movies would be a good idea. Once the news of “we’re just going to keep using the name (occasionally) and dump everything else” came out, things looked very bleak for Secret of Monkey Island, and they honestly still do. While Full Throttle has some hope of an HD Steam release of “maybe someday”, we were lucky we even had the Special Edition remaster of Monkey Island for Steam.

Now, here’s the problematic part. As much as I’d like to spend all my money on Steam and play some great games, my laptop is pretty dang tired and old. Sometimes, I’m lucky I can even reach you on this thing, GameCola readers. I am going to selfishly say I wish Secret of Monkey Island was more popular so that I didn’t have to have Steam or buy the old (surprisingly low-key pricey) ’90s CD version off Amazon. Or the unfortunately expensive Xbox 360 port of the remaster. This game is one of those unfortunate snafus: popular enough to exist and be notable, but just barely so to keep it under the radar and be annoyingly difficult to acquire. My best bet currently is just keep going to thrift shops where I know old PC games are sold, and be the one to find it, hoping that it’s the CD version and not the DOS version. I’m retro, but I’m not THAT willing to install who knows how many floppies. I’ve got to draw the line somewhere. 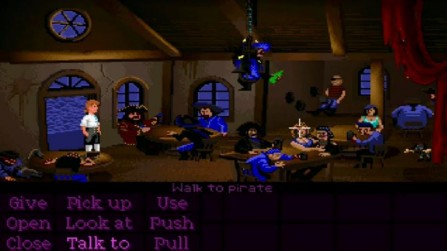 Yo ho, yo ho, a pirate’s life is drink

What are your thoughts on non-mainstream gaming? Can you find yourself chilling out playing any of these titles? Got a game that’s way out there that you think everyone should know about? Feel free to post your answers down below in the comments.

Got a question you want the staff to answer? Think we’re asking ourselves some stupid questions? Comment your suggestions down below, and if we like your question, we’ll give it some answers.

Fallout 3 comes out at the end of the month, and I'm filled with restrained hope. I love Fallout and Fallout 2. LOVE THEM. They were my first PC games and what inspired me to continue gaming on the pl