Scurge: Hive is a game I wish I liked more. It’s got all the right elements to be one of my favorites: space, aliens, plenty of atmosphere, a Crystalis-esque weapons system, some puzzling, some platforming, and a butt-kicking redhead heroine. Sadly, the challenges eventually get tiresome; the omnipresent fog effect in one major section is a strain on the eyes; needing to continually reset the perpetual countdown timer to terminal alien infection (Game Over) is tedious and unnecessarily stressful; and the final boss fight is asininely unfair and wholly unpleasant. 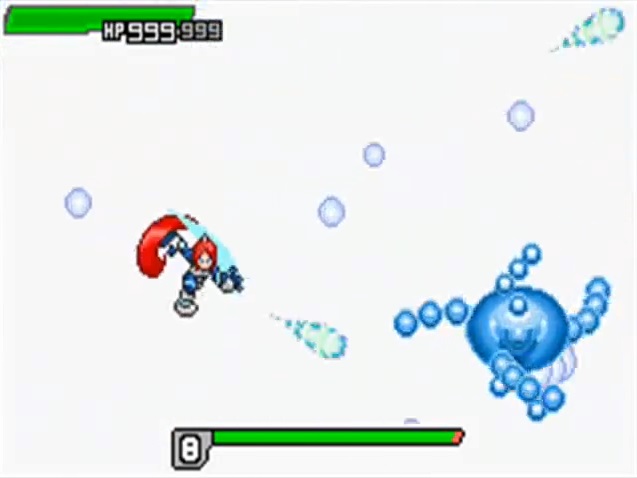 Spoiler: This is the end of the game. At least, the part where you want to shut it off.

Helping to save Scurge: Hive from being remembered mostly (if at all) as a top-down Metroid Fusion wannabe is its compelling soundtrack. The music is tense, creepy, action-packed, and hopeful in all the right places. You might recognize it as the work of composer Jake “virt” Kaufman, who scored such classics as Shovel Knight, DuckTales Remastered, the various Shantae games, and, of course, Petz: Catz 2. Have a listen to some samples below, and imagine you’re alone on a planet or spaceship (or menu screen), slowly dying of an alien infection, blasting apart extraterrestrial invaders you can barely see through all the fog:

Click here for more (but beware the “music” for Boss 8, which is guaranteed to kill you even if the boss somehow doesn’t).

Paul: Hello everyone, and welcome once again to Digital Championship Wrestling! I'm Paul Franzen alongside "Captain" Eric Regan, and we are coming to you LIVE from the DCW Arena to bring you tonight's ...