And, we’re live! For the longest time, YouTube has been the sole (and most popular) form of video entertainment. With so many styles of videos available, it’s only natural there would be something for everyone. However, the one flaw that stood the test of time with YouTube is the lack of live reactions to content. It was at that cinematic moment, when the clouds parted, and from the awe-inspiring light shone a majestic website: Twitch!

Twitch is an innovative website that revolves around the concept of livestreaming—where events are streamed live over the Internet and an active audience can respond in real time. Since it’s induction, many gamers have taken to Twitch to bring their own form of wits and creativeness to the livestream scene. In the modern world, you tend to see the same games being streamed: League of Legends, Counter-Strike: Global Offensive, and even newer games like Overwatch. But, some games remain to be seen on Twitch for undiscovered reasons, which leads us to this month’s Q&A question:

Do you livestream? Which game should be livestreamed on Twitch and why?

I’ve livestreamed before! Somehow, I managed to survive the Christmas in July Spectacular. It was fun, and I hope to do more livestreaming in the future.

As for a game I’d like to see livestreamed, I’d have to choose Ragnarok Online. I played that game so much back in high school, but I honestly don’t have time to dedicate to leveling a character and participating in a guild and that sort of thing. There are times I feel like playing, but it’s not worth it to just play a few minutes on my own. It might be fun to watch somebody else do all the things I don’t have time to actually do myself. 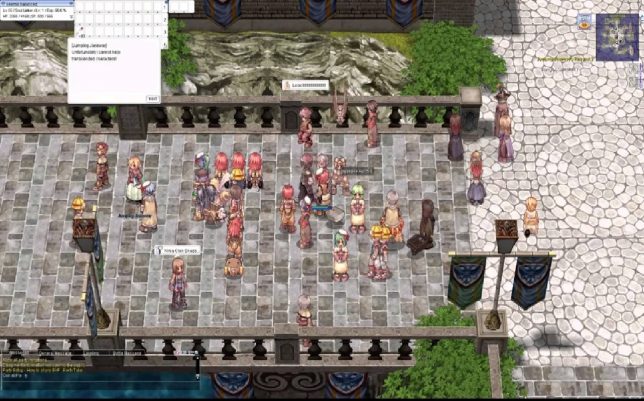 Pink hair must be a fad in Ragnarok Online…I like it.

I’ve livestreamed a little bit of Dwarf Fortress before. I recently streamed a bit of Crusader Kings 2 (Elder Kings mod) as well as Goldeneye: Source. I didn’t have any viewers on the last two.

Honestly, I’m not really sure what would be best for livestreaming. If I want to check out a game as a potential buy, I’ll just head over to YouTube and watch a Let’s Play or two. Popular channels have the annoying side chat bar with people psoting stupid pictures and saying immature nonsense that is annoying. I guess it can be disabled. I think speedruns can be pretty inetersting, but again, those don’t necessarily have to be streamed live to enjoy them, although I guess they help with some authenticity. I’m fine watching old, recorded stuff. I’ve never felt the strong need to watch stuff live, quite frankly.

So, why did I host a stream myself? I guess  I was interested in answering questions or getting comments about my strategy, but unfortunately, never had enough viewers for that. 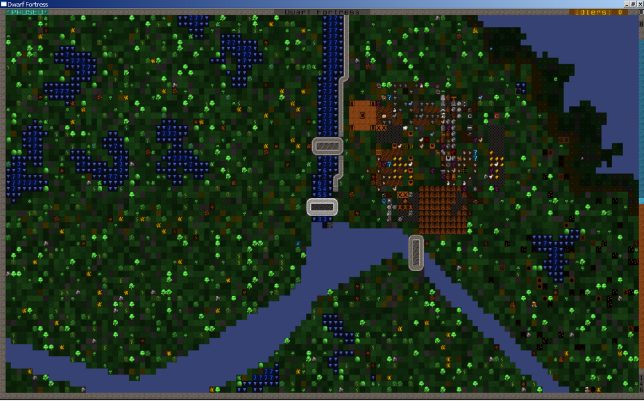 Our Q&A has been breached, send reinforcements!

I honestly believe that those competitive games should be streamed. They provide constant action at consistent intervals, and allow a viewer to jump in without being lost for too long. Single-player games and MMORPGs often feature lots of grinding or wandering around, waiting, or being lost. Even games like the Dark Souls series have slumps that may lose viewers as the streamer flounders about for interesting content. Competitive FPS games, MOBAs, and RTS games are popular because each game is a self-contained episode, and you’re not lost if you miss a stream, or don’t want to wait for the action to pick up. 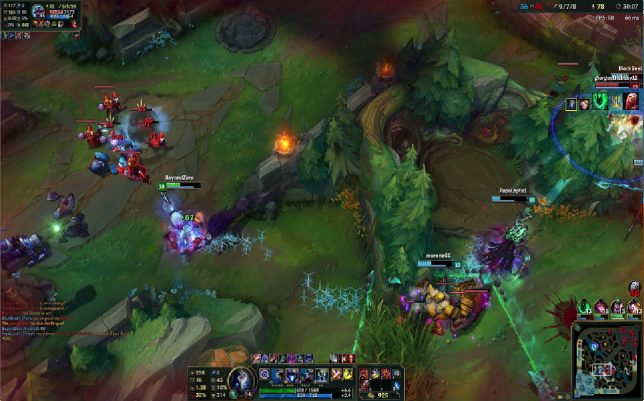 Contrary to my beefcakes and hate knobs with this game, I can’t help but admit that Elsword is a wonderful kickstarter game if you are new to Twitch. Hell, my third stream on Elsword, my channel got raided and I ended up gaining 73 followers in one stream. As a result, I’ve grown more confident at streaming and am now one of the most popular non-associated streamers of Elsword (meaning I’m not associated with their Twitch team). But, what exactly made me think that Elsword would be the perfect game to stream? Let’s start off with some basic coverage of how Twitch works.

For those of you who are new to Twitch, streams are sorted by what game the streamer is playing. These streams are then sorted from top to bottom based on the number of viewers. As simplistic as this sorting mechanic is, that makes it extremely hard for smaller streamers to get recognized and grow their channels. This is especially common with bigger game titles, like League of Legends, Overwatch, etc. That’s where Elsword comes in.

Elsword provides two of the most crucial parts of streaming: uniqueness and competition. Let’s start with uniqueness. With Elsword, you have a limited selection of characters starting out, but each character has between three and four job classes you can choose as you level up. For example, Aisha is a magician, who can specialize as a Dimension Witch, Void Princess, or Elemental Master. In addition, each character has a handful (or two handfuls) of abilities that players can equip to their liking. Add in the element of character customization in terms of appearance, and it guarantees a different experience for each player/streamer.

Next up, you’ve got competition—and that resides with one feature: Arena. Arena lets players compete against each other in 1v1, 2v2, and 3v3 matches. A character can become better suited for PvP through the use of sockets, el shards, and equipment enhancements to improve their battle stats. Strategy and ability usage is another key component in PvP. But what does all this have to do with live streaming, you ask? Everything! With such a lack of guides and pointers from the official Elsword sources, it’s up to user-submitted tutorials for players to learn how to use their character. Ask yourself, now—Which would you rather do: comment on a YouTube video and wait for a reply, or watch someone rock it out live and get a response on the spot? 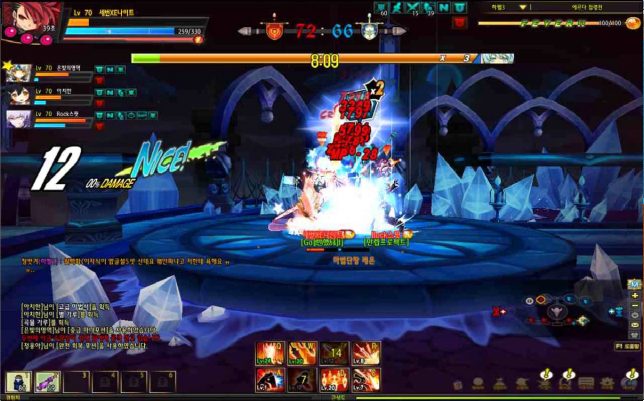 Those numbers are merely how many followers you can get. Yeah…

Well, I haven’t streamed a game before, the closest thing I’ve ever done related to that is what I called #TheXCOMProject—the plan was to play a daily single mission of XCOM: Enemy Within on Hard difficulty, with the Ironman option “on” (which means that there were no savestates, and every decision was irreversible) and document the results of each game session.

So, every day I played a mission, took some screenshots, and reported to my twitter followers; it was kinda fun, but the more I did it, the more I wanted to do a little more, like uploading more screenshots, go deeper into details and, why not? Maybe recording a video every now and then? Well, the very first video I recorded was an utter disaster, and you can watch how my game went straight to hell right here.

Long story short, I had to restart the project and—while at it—tried to solve some issues I had in the past, as well as planned to involve on it even more (pictures, briefing, videos!), but at some point I realize it was taking one or two hours of my day that I could’ve been spending on other things (like writing!), and this realization came around the same time I landed my current job, which made me even less available for these sort of things.

As for the second question, I don’t really have an answer; I don’t really watch other pleople’s playthroughs unless they are really interesting, or they’re about a game I may never get to actually play. Still, I’m thinking about doing a small playthrough in the future just for the fun of it, but I don’t want to spoil what it would be. 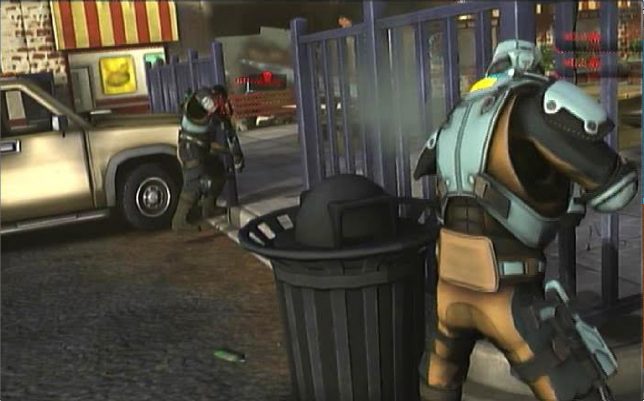 We are now live on the lines awaiting your responses. What game do you think would be best to stream on Twitch? Do you even want to go so far as to shamelessly plug your own Twitch channel? (Hint: Try clicking on certain staff banners in this article for a cool feature.) Be sure to check out GameCola on Twitch by clicking here and tweet us your questions @GameCola or use the hashtag #GameColaQA. Until next time, be classy and stay live!

Probably Metal Gear Solid series in general. Favorite example that sticks out is in MGS4 during a random call to Otacon that he starts rambling about how great PS4 games are because they no longer have to swap discs because of BluRay. Snake responds with “Get it together!” And like you guys stated above, the stuff with the “Col” going bonkers in MGS2 is pretty awesome material too.

I don’t know if this counts, but there is an excellent exchange in DLC Quest 2 between “shepherds” that had me losing it, mostly because of some dumb inside Mass Effect Wrex jokes I have with some friends.

I’m surprised none of the Phoenix Wright superfans here referenced the comicon fanboy character that appeared in a couple games and speaks in l33t for half of his dialogue. He is a little too overboard with it, but I loved his few appearances in the series and absolutely dug his cameo in one of the early cases in Ace Attorney Investigations. Last one I have is Deadpool ripping the lifebar off the screen in Ultimate MvC3 to beat up enemies.

We had so much solid "The GameCola Podcast" content that we had to split this one into two parts!