This was actually my first con of any sort, so I didn’t know what to expect…aside from anxiety. I expected anxiety. LUCKILY FOR ME I did pretty well. Got overwhelmed a few times, but otherwise it was a lot of fun!

After driving a good six hours from my boyfriend’s house, we got to our hotel in Virginia, right across from the National Harbor. The two of us planned out what we wanted to do the next day, did some schoolwork, and then drove to the Gaylord to grab our badges at 10 p.m. 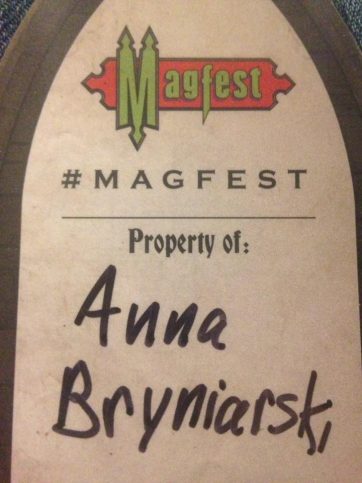 The next day can only be described as “panels and panic” for me. I freak out a lot, and not knowing where I was going, not to mention the exhibit halls not being open until later, left me feeling anxious. Cam (my boyfriend) and I wandered around a bit before finally sitting down to play around on our 3DSs. This is around the time we met… 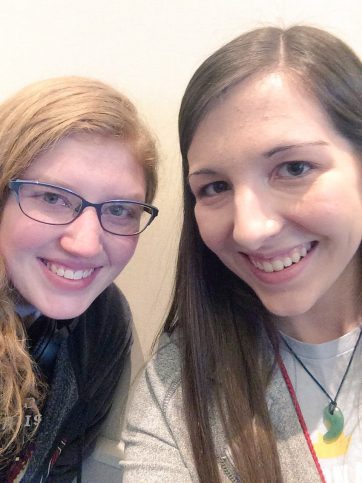 Yeah! Diana and I met for the first in REAL LIFE! It was really cool! Meeting her and Noelle (see Diana’s MAGFest article linked above) was awesome! After saying goodbye to the two of them, Cam and I wandered a bit more, got lunch, and headed back for our first panel. I went to several that day—one on storytelling in games, one on world building, and the last on the history of nerd music. They were all really cool.

The next day Cam and I started at the arcade. He showed me a bit of the really cool rhythm game he’d played the day before. The arcade is really loud, so hearing any of the music I was supposed to be in time with was difficult, but it was still a lot of fun. Then we played two different drum arcade games and played a Dance Dance Revolution-type game that made us want to die. Good times.

Later that night we went to wait for a panel, specifically the Thrown Controllers panel hosted by The Runaway Guys. It was more of a game show than a panel, with numbers being given to audience members to be called out so we could participate. We waited in one spot for a good half hour, were told to move twice, and then got to wait in line for another hour and a half. The panel was a lot of fun, and I’m glad we actually decided to wait in line for over an hour to get in.

The next day was really cool. Despite waking up with a dumb cough that wouldn’t go away, it was one of the best days I’d had at MAGfest. The Completionist announced on Twitter that he’d be having a meetup, and I, being a huge Normal Boots fan in general, was super excited. I got to meet him, had him sign my fancy Legend of Zelda notebook, and got two really good pictures. I honestly walked away shaking, that’s how excited and happy I was. 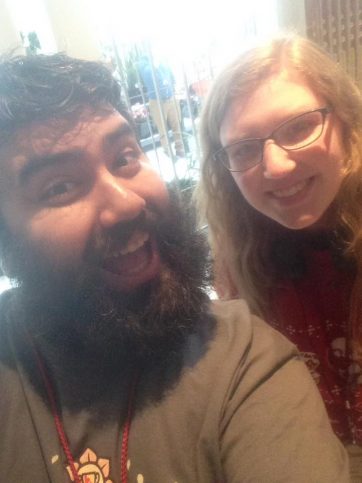 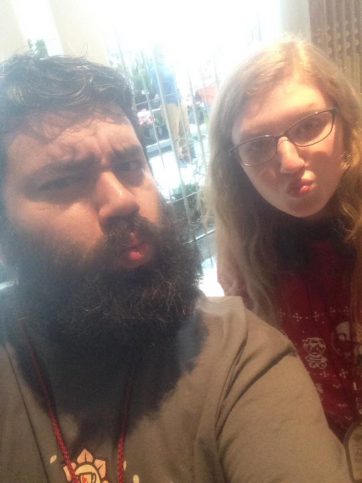 Thanks for the pictures, Jirard

After that little adventure, I finally went to the Indie Games Showcase and found 2064: Read Only Memories, an expansion of one of my favorite games, Read Only Memories. I’d been waiting to play it, but every time I happened to walk by, someone else was playing. Finally it was my chance! The demo they had was a part of the game I was already familiar with. I breezed through it in about 20-30 minutes. It was really cool to hear all of the voice acting, and it got me excited to see how the rest of the game would turn out. 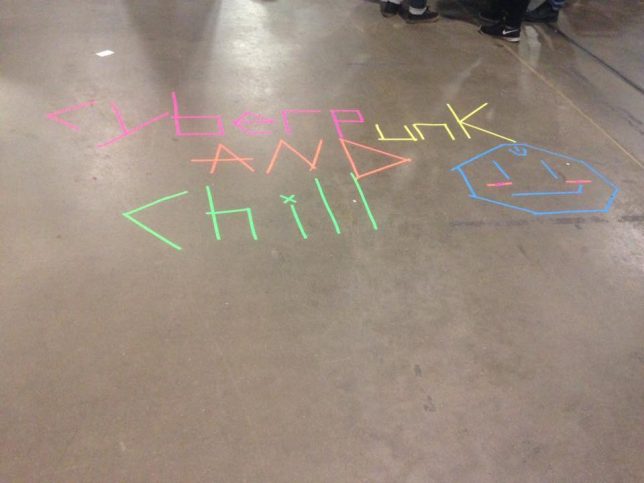 The rest of my night was spent waiting in line for the Continue? panel. It was well worth the wait, seeing as the line had grown in the hour and a half I’d been there. Much like Thrown Controllers, they picked people out from the audience to play games. Also there was a lot of airhorns. It was very…patriotic.

I spent most of the last day chilling in the lobby doing schoolwork while Cam played some games. We did some last minute shopping, and headed back to our hotel for the rest of our trip.

It was a great first experience with any sort of convention. I would definitely love to go back next year. 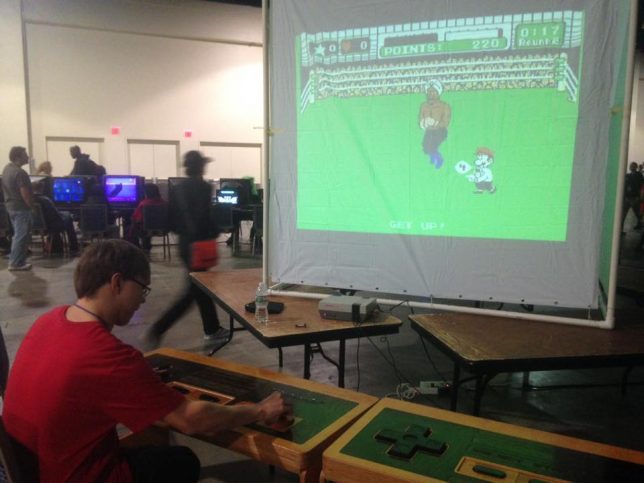 I have a fetish for and a large collection of Japanese piggy banks (which are metal cans [lol can't they get anything right?]), specifically those with the funniest Japlish on them. They provide me no