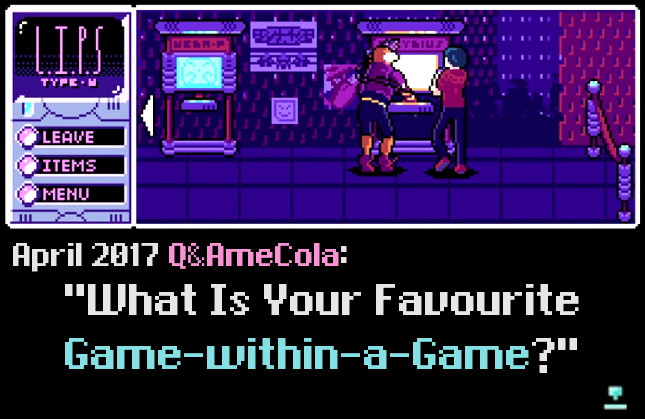 Almost every genre of gaming offers their own spin on the game-within-a-game concept:
Space Quest‘s Astro Chicken…  Deponia‘s Platypus Bataka… Mario Party‘s Pick a Rope… Final Fantasy‘s Chocobo Racing… World of Warcraft‘s Pet Battles… Zelda‘s Dampé’s Heart-Pounding Gravedigging Tour…
Whether card games, action sequences, or contests of luck, these types of named mini-games provide a break from the main play style, and administer a dash of comedy, excitement, or depth to their game world. Here are a few of our staff’s favourite game-within-a-game picks:

I rather enjoyed playing Pazaak in Star Wars: Knights of the Old Republic I and II. It’s basically “space blackjack,” but as you continue to explore – meeting new vendors, beating local Pazaak champions, and completing related quests – you will find rare modifier cards that give you a leg up on the competition. I know it is a fairly simple game comprised of 2 parts strategy and 1 part luck, but I honestly appreciated how relaxing it was; it provided a welcome break from fighting and complex dialogue trees (and from swoop bike racing a.k.a. “throwing the controller in rage”). I also loved the cultural flavor it added to the game world, similar to how poker functions in modern society. 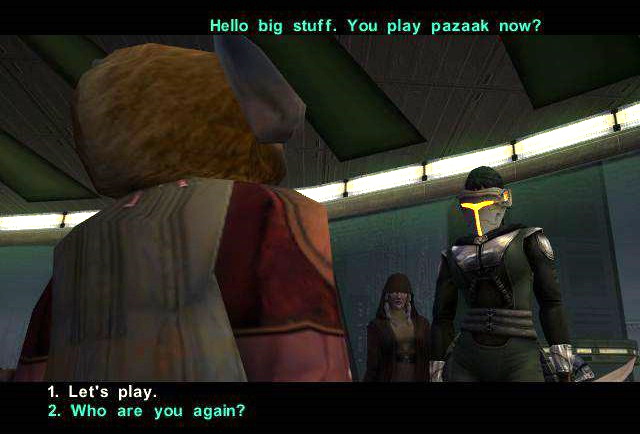 Witcher 3‘s Gwent. Pazaak had some interesting mechanics, but I never felt really interested in playing. Money wasn’t scarce but there wasn’t much driving me interest wise. Gwent, however, is very easy to learn and is very fun to play. There are quests which push you to gain rare cards which actually advance the side stories. I don’t play for the money (you get next to nothing), but the levels of strategy and desire to find new cards make it pretty close to playing an actual collectible card game in real life. 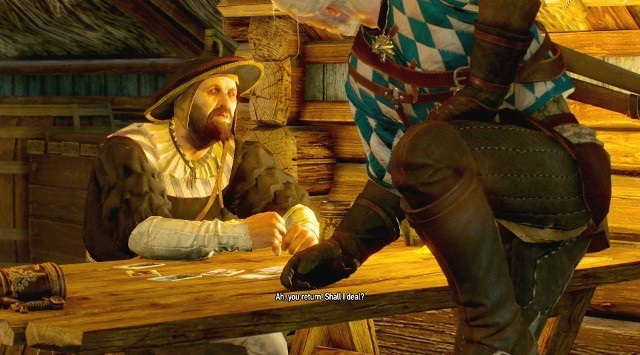 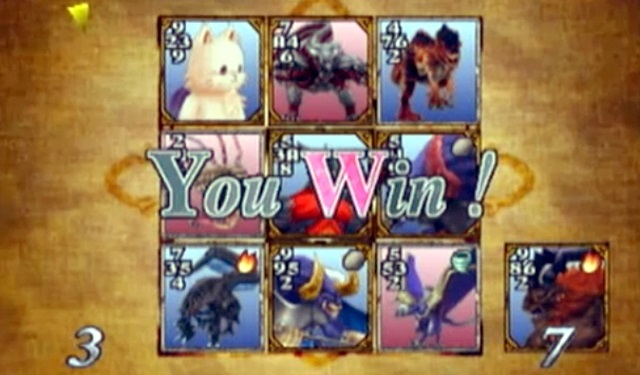 MEGA PHOBETOR FROM 2064: READ ONLY MEMORIES!
So when I first played the game over a year ago, I went for every achievement. That included beating the super-secret SPOOPY boss at the end of the arcade game in the bar. Did I get the achievement? NOT UNTIL 2064 CAME OUT! The game was glitched, hanging the game and making it impossible to even exit. I spent forever trying to get to the boss, but to no avail. It got to a point where I was shooting at enemies before they even appeared, that’s how many times in a row I’d played. Even though it was a pain in the butt for a while, I still had fun playing it 80 million times.

“Because your kiss, your kiss is on my list…” of things to DESTROY!

I’m not sure I could call it my “favorite,” but I there was one playthrough where I was obsessed with beating the stupid card game in Xenogears. I usually ignored the non-required parts of the card game, but for some reason on this specific playthrough, I needed to beat it. Completely. And I did. In one of those unsatisfying “There. It’s over now.” moments. It’s not a particularly good or fun game. When I was younger, I enjoyed playing Humongous Entertainment’s computer games: Pajama Sam, Freddi Fish, and Spy Fox. However, whenever I tried to play Spy Fox 2: Some Assembly Required, I had to be cautious, because if my dad found out, he’d kick me off to play the mini-game, Things from Space. “I can’t stop playing Things from Space,” Spy Fox says when you click on the mini-game button. “Neither can I,” says my dad. “Dad, I want to play the game again please,” I futilely beg, but it’s no use. He can’t stop playing Things from Space. And it is pretty fun. It’s a simple vertical scrolling shooter (controlled by the mouse, but it actually works) with three different weapon types (purple energy rings, green wiggly laser lance thing, and red bombs) with three different tiers of each. And that’s about it. You just shoot the titular Things from Space and avoid getting hit by anything and keep going until you inevitably die. Or until you finally take pity upon poor baby Stefano who just wants to play Spy Fox and not watch Dad play the same mini-game for 30 minutes straight. 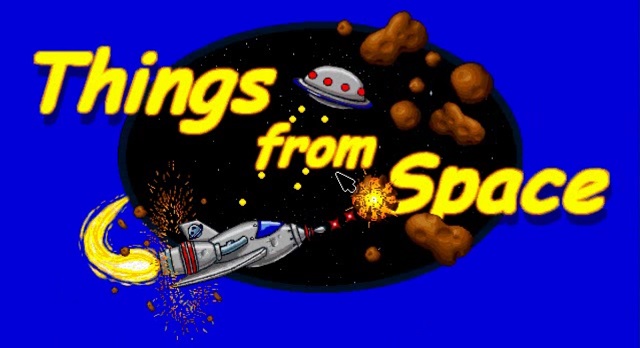 I, Smimming Rox the Magnificent, hereby second Stefano’s entry of Things from Space. 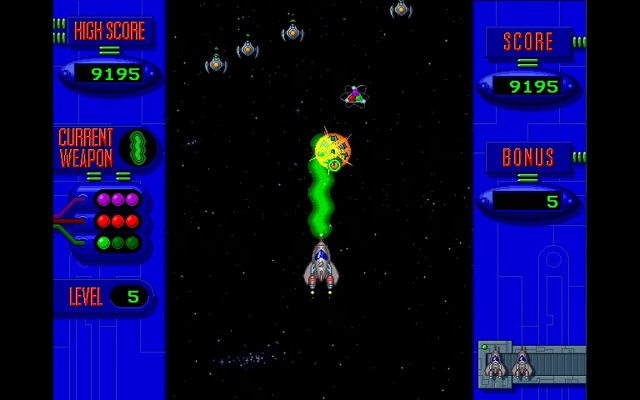 All right. The premise is simple! This is the first normal issue of the new year, and I would like to know what direction the Franbase (see, I can make up Franzen-based buzzwords, too. BTW, 10 points ...