Well, folks, it’s been a year since the last GameCola Videogame Awards, and it’s time to—

… What’s that? It’s barely half a year since the last GameCola Videogame Awards? Hey, don’t sweat the details! We’re back on schedule with Christmas in July, and we’re here to celebrate the best games of the worst year: 2020! 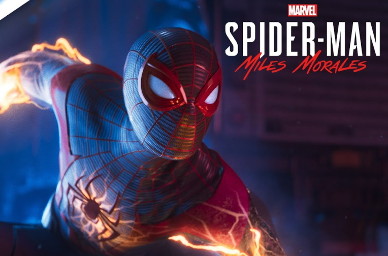 John Rizzi: For me, jumping into Spider-Man: Miles Morales felt like getting back on a bike. But this time…that bike was in the shop for a few years. Every wrinkle I had with the (still impressive) first game had been ironed out. New mechanics with the venom system make combat and mobility faster, heavier and so satisfying to pull off when done right. The swinging has more speed and an overhauled trick system that’s so much fun to play with. The stealth system, while still not perfect, feels more natural and less of a drag. Miles’ character embraces his own identity away from Peter and is written with more depth and grace than ever before. While there’s still a lot going on, Insomniac never forgets to keep everything simple. While it is short, Spider-Man: Miles Morales boasts such a great amount of care and simple polish that just being in this world is a joy well worth the discounted launch price. 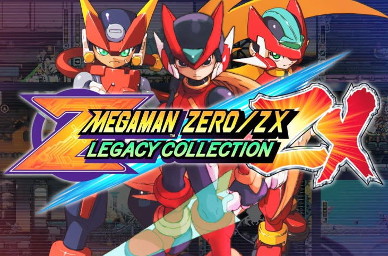 Joseph Martin: The Mega Man Zero/ZX Legacy Collection is far from the first attempt at a re-release of a set of Mega Man games, and it’s not even the first to take a shot at the Zero series. And yet, many of these collections dare not attempt to smooth out any rough edges no matter how wide the consensus on their potential to scrape up new players. The Zero/ZX Legacy Collection foregoes the blunt solution to the issue of difficulty—awarding easy mode players all the tools available and thus eliminating any sense of progression while making all challenge trivial—and implements a smoothly integrated, togglable checkpoint system which locally rounds out the sections of level design which need it most. Rather than slapping two bosses in some rooms and suggesting that the resulting mess is of the same caliber of crafted challenge as the level design of the original games, the “Z Chaser” speedrun mode serves to highlight the core strength of replayability that its sourced titles originally encouraged with a steep difficulty curve. Not insignificant to the seamless integration of these elements is the fact that the games are built directly from the original source code, an element which I hope returns to future collections when the option is available.

As for being a candidate for re-release, I can think of few better options in the greater Mega Man canon. As a series continuing the primary narrative of the original landmark titles, yet often overshadowed by its more popular contemporaries and the dwindling success of the franchise in the late 2000s, it brings me great joy that both Mega Man fans like myself and newcomers alike have easy access to this chapter of the series’ history. Many narrative and mechanical elements reach their zenith here as they fight their contemporary dwindling relevancy as the Mega Man franchise was approaching its eight-year drought of new titles. It is my sincere hope that this team at Capcom can continue carrying these sensibilities into their future work on bringing Mega Man back to its former glory among its peers. 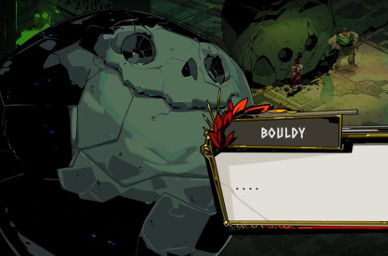 Alex Jedraszczak: Since almost the beginning, we’ve known that animals will always win Best New Character in the GameCola Videogame Awards. But, what’s the only thing that can beat an animal?

An inanimate object with no lines of dialog.

Now, don’t get me wrong—Bouldy is a great listener! You believe in Bouldy, and Bouldy believes in you. Boudly’s a real character with whom you can interact, and you can even receive power-ups in the same way that you do from other characters! Just, you know…Bouldy is a giant rock that doesn’t say anything, and no other character introduced in 2020 can stand a chance against that. 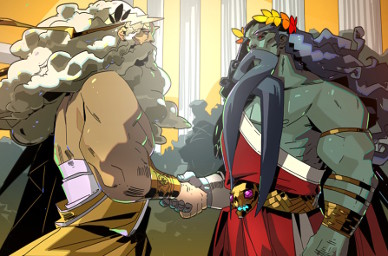 Terrence Atkins: You just read about the greatest character of 2020 (and all time, if we’re being serious), and you still need somebody to explain why Hades has the best story? You’re probably thinking to yourself, “Please! How can a roguelike have a story to begin with?”, but it’s all about the character interaction. Hades really upped the game (get it) when it comes to storytelling, and you get to know the classic Greek pantheon a little better with every jaunt through Tartarus. And with the story broken up into bite-sized bits between gameplay, it’s great for somebody like me who can’t stand the pages of text and hour-long cutscenes of modern JRPGs. 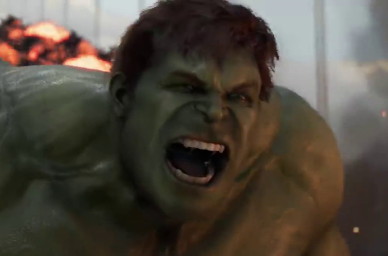 John Rizzi: Avengers is tough one for me to write about. While the core ideas and the pretty good story mode are enough to draw one in, Square Enix’s efforts to combine a story-based single-player experience with the mechanics of a multiplayer looter shooter proved to be too much. The sad part is that I can see what they were going for in terms of keeping the game alive for years and years, but the mechanics they implemented make the game more tedious than satisfying. Why do I have to play these same missions over and over again in order to unlock that one move or costume that I want? Why do all the characters have the same basic control scheme? Why are all the enemies robots? Why aren’t there any team-up attacks or animations? Why does this feel like a mindless button masher when there’s so much opportunity to play tactically? Why did they try to make a looter shooter when 90% of the game’s audience prefers single-player experiences? The game has the looting mechanics of Destiny, the missions of Diablo, the story of Marvel’s Spider-Man, the micro-transactions of a mobile game, and 500 other mechanics I’m sure I’m forgetting about. The game does all of this, when just trying to be a standalone Avengers experience would’ve been more than enough. In the end, while Avengers can be a fun romp for the first story playthrough, the game has too many ideas and mechanics that, ironically, never come together. 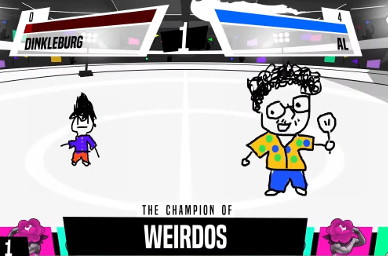 Joseph Martin: It is perhaps a surprise to no one that the Jackbox Party Pack series has quickly become a staple of GameCola Family Game Night, and the seventh entry in the series continues to improve the winning formula. Some might consider it cheating to rely on the players of the game to supply the humor in a “funny game”, but the ease of entry for players of all types and the underlying, well-honed design philosophies of each game in the pack are not to be ignored. Games like Blather Round target the absurdity of pop culture, rounds of Talking Points shows us that we’re all better at improv than we might believe, and battles in Champed Up turn varying levels of artistic talent into comedic gold and fan favorite characters. In many ways, there’s nothing funnier than getting to be funny yourself, and Jackbox Party Pack 7 is a great place to do it. 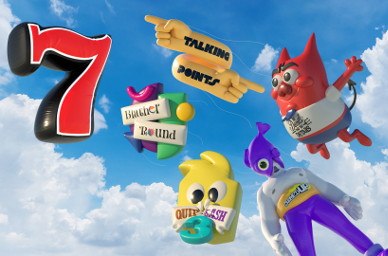 Terrence Atkins: Begone with your two-player games. Get these four-player games out of my sight. And don’t get me started on “massively multiplayer”—as if I’m actually playing with thousands of people at once! I’m honestly praying I don’t have to interact with other players half the time.

The Jackbox Party Pack 7 is the one game where you’re actually playing with eight people at one time, before you count that the audience gets in on the action as well! Oh, did I say “one game”? I meant five games in one, and each of them has meaningful interaction with more players than two NES Four Scores combined. Game of the Year over here. 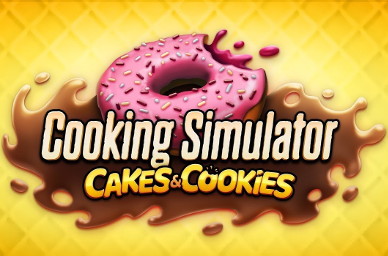 Anna Bryniarski: The Cakes and Cookies expansion to Cooking Simulator was a beautiful addition to a wild game where you can make anything EXCEPT BAKED GOODS? Excuse me?

Honestly, what a year to add it. While everyone is stuck in their homes making real-life bread, why not throw in some virtual baked goods as well? And it comes with the same amount of chaos that Cooking Simulator already offers. I can completely wreck my bakery with batter and food dye and people will still buy the donuts I make. It’s a great way to live your baking dreams and not deal with the cleanup after.

That’s it for today, but tomorrow has all the big awards, not to mention our livestream spectacular: The Tac! Follow us on Twitter to make sure you don’t miss out—or I guess on Facebook if you’re into that kind of thing. Better yet, join us on Discord and chat with the staff and all the superfans about your own favorite games from 2020!

Jamie Juett’s comic about life as a female game designer.