You saw the little winners yesterday, now it’s time for the big awards! Game of the Year 2020? Keep reading! 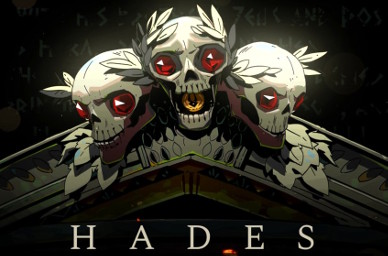 Chris Centofanti: Hades turns the cycle of dying and starting anew from something frustrating into a gameplay and storytelling opportunity. Rather than locking the player into a single build for the entire game, you select new powers each time you try to escape from the underworld so each attempt becomes a wholly new experience. Hades also tells a compelling story of classic Greek mythological characters you’ve probably heard of before, while maintaining the tradition of portraying them as more than simply good or evil. Your opinion of characters often changes over the course of the story, and unlike most games, they don’t always need the protagonist to save them. With humor, loads of dialogue and lore, and a wicked cool aesthetic, Hades climbs to the top of the 2020 competition to appreciate the fleeting warm glow of victory before the adventure begins again. 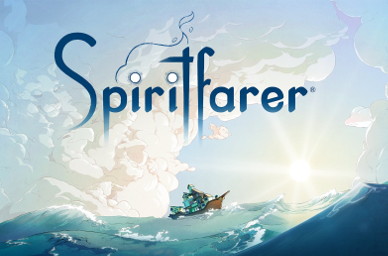 Anna Bryniarski: Have you ever wanted to shepherd souls to the end with your cat? Well now you can! Spiritfarer is a game about fulfilling the wishes of those who have passed and then ushering them into the end. You play as Stella, the newest ferrymaster. Along with her cat Daffodil, you travel around collecting souls to take to the Everdore, which leads the souls to the end. You need to build small homes for these souls—who take the form of animals—feed them, and meet their requests before they decide they’re ready to move on. In between these tasks, you will also be resource managing, farming, making iron bars or cloth, and diving into the water to get crates of resources.

The game is cute, sweet, fun, and incredibly heartbreaking at times. There are some spirits you don’t spend a ton of time with, so their departures feel a little shallow. Some, however, absolutely broke me down until I was nothing but tears, and I enjoyed every second of it. 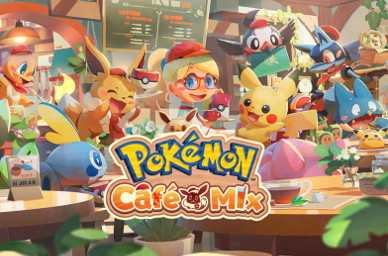 Terrence Atkins: Pokémon? On my phone??? Game of the Year right here. Pokémon Café Míx is a casual wish-fulfillment puzzle game slash simulator that lets you live the dream of making drinks and snacks with and for Pokémon, and I can do it while getting drinks and snacks at an actual café. If your game can’t do that, don’t bother making it. 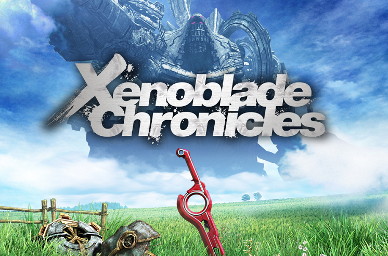 Diana Gray: Oh boy, where do I even begin with this one?

I jumped on the Xenoblade train later in life than its release, in 2014, when chuggaaconroy began his Let’s Play of the series. He genuinely loves the game and his love came through in every video. So I fell in love too. So much so that in college I bribed a friend with a car with lunch to drive me to a GameStop 30 minutes away to find a rare copy of Xenoblade in the wild, so much so that I purchased a new 3DS at the local mall just to play the 3DS version of Xenoblade, and so much so that in the midst of bar prep, I’m playing the definitive edition with my boyfriend as we wind down from long days of studying. So Xenoblade has been on my mind quite a bit lately.

The story is incredible, honestly without compare to any other RPG I’ve played. The characters are as relatable in their best moments as in their worst, and the player gets to know them so well over the course of the story that it feels like you’re going on an adventure with friends, rather than party members. The areas were some of the most expansive and beautiful to exist in videogames at the time, from wide open plains to towering forests to snowcapped mountains. For 2010, the game was a masterpiece, and the most amazing parts still hold up today. And the music. My god, the music. There are tracks on this OST that can make me burst into tears whenever I hear them, and that marks a game that has impacted me emotionally in a way that words cannot express.

I think one of the best parts about Xenoblade is that I’ve been able to share it with so many people that I love, and so far, it’s been a winner with all of them. I find myself constantly saying “OK, this is REALLY the best part coming up” and genuinely meaning it every time. That’s the magic of any good RPG, but there’s no game it’s more true about than Xenoblade Chronicles. I could not be more thrilled that it wears the crown of Best Game of 10 Years Ago. 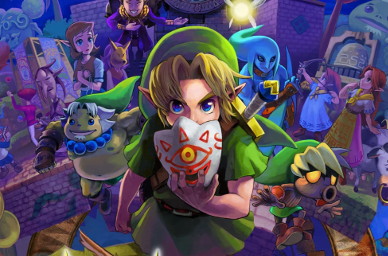 The Legend of Zelda: Majora’s Mask

Matt Breslau: Best game of 20 years ago? Try best game of all time. Yes, yes, The Legend of Zelda: Majora’s Mask is my favorite game of—uh, let me check—literally ever, so I’ll be the first to tell you it’s incredibly deserving of this honor.

When Ocarina of Time first graced CRTs in late 1998, it catapulted Zelda into new territory and enriched the treasure-hunting, dungeon-exploring experience by giving us that sweet, coveted z-axis. It’s still cherished as a masterpiece today, even claiming Best Game of 20 Years Ago in 2018’s GameCola Videogame Awards, but let me be the bearer of retroactive good news: The best was yet to come.

2000 brought us its sequel, The Legend of Zelda: Majora’s Mask, which took the series into dark territory for the first (and still the best) time. Gone were the carefree days of roaming around the friendly neighborhoods we had grown accustomed to. Here now was the dark expanse of Termina, and its terrifying, brooding secrets looming always overhead. Using assets almost entirely from Ocarina, the shadowy sequel managed to improve upon its older sibling in nearly every way. Many people will complain about its kooky time limit or its slow opening segment, but if you can accept and give a chance to those minor inconveniences and play through, you discover not only that there is more to this golden idol of gaming than meets the eye—No, you also discover a window into a bustling world full of macabre charm that’s overflowing with characters with regular, lively routines, booming personalities, and a shared fear…one that’s up to you to stop, if you can make the time to stop it.

Oh, yeah. This game’s pretty good, too, I guess. 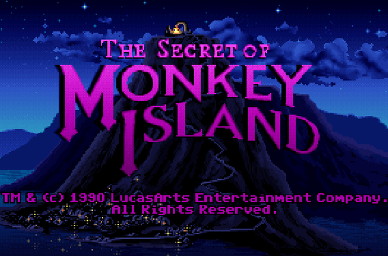 The Secret of Monkey Island

Paul Franzen: It’s wild that Monkey Island has enjoyed the kind of longevity it’s had, considering only one person ever bought it in 1990, and everyone else just copied their floppy disks. Thankfully we’ve had plenty of time over the years to make up for our piracy, through remakes, sequels, remakes of sequels, boxed sets (that include remakes AND sequels), and, of course, the Pirates of the Caribbean film franchise. It’s the classic tale of pirate versus ghost, of sailing the Caribbean and clicking “Look at” on everything, and of trying to find a use for this weird dumb rubber chicken thing—and it’s definitely inspired more people to become game developers than *checks what else came out in 1990* Super Mario Bros. 3, whatever that even is. 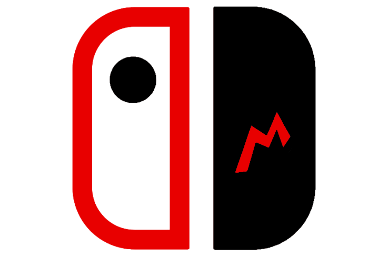 Alex Jedraszczak: Have you been on the GameCola YouTube channel? There’s regularly scheduled group events like the podcasts and the Family Game Nights, but who’s the guy actually posting gameplay videos? And that’s on TOP of being around for the podcasts, Family Game Nights, Hacks’n’Slashes, RPGCasts, Crystalis races, and whatever else makes up the 141 videos he’s tagged in as of writing this.

James has been producing quality videos for years, and it’s that kind of consistent content that keeps the site running between sparse episodes of Hacks’n’Slash or our annual awards shows. There’s even a subset of superfans that only seem to comment on his YouTube videos…but comment on every one of his YouTube videos. So, let’s all take a moment to like and subscribe for our Staff Member of the Year. 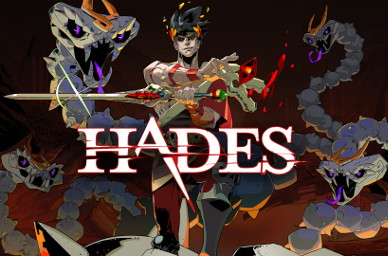 Alex Jedraszczak: The meme is, if you scroll far enough on any dedicated Hades fan Twitter, you’ll come across a Tweet that says “I’m thinking about playing Hades. Is it any good?”, followed by years of unrelated content. If you’ve been on the GameCola Discord, you’ve seen this happen with me…and with Anna…and with half the rest of the staff and fans. It’s no shock that Hades won Game of the Year when you’ve already seen it win Best New Character, Best Story, and Readers’ Choice.

The gameplay is solid, and you’re encouraged to try new skills and weapons every time you play. The story is fun and the pacing is great. Basically the entire cast got nominated for Best New Character  (even if Bouldy won out in the end). The whole experience makes you want to play round after round, to learn more or get farther or just try a new weapon, until you realize it’s 4 AM and you have to work tomorrow. It’s probably been a decade since the last time that happened for me.

That’s it for the awards, but the celebration isn’t over! There’s still our live #GCVGA2020 celebration—The Tac! Come join in the fun TONIGHT from 8pm to ??? EDT! And by “tonight” I mean July 30th, 2021, so if you missed it I guess you can just watch the archived stream and pretend that it’s all happening whenever you get to watch it.

Note: Honest to God, if we told you why we're posting both versions of the Mega Man X review by Meteo X, we'd be incarcerated on the spot and flaming ants would march into our anuses in what could be