“For the last goddamn time, monkeys aren’t donkeys! When I was a young filly back in the day, it was a gorilla that carried me up to the top of the Eiffel Tower, as was the custom! It sure as hell wasn’t an ass, I tell you! That’s just a three-letter word for a beast of burden, and the answer to six down on my octogenarian newsletter crossword puzzle.“

“When I was 13, I contracted the puchi puchi virus in my coochie coochie! The doctors at the time used 14 leeches and a tourniquet to try to cure me, but it wasn’t until Pastor Roberts performed an exorcism that I finally got over it. Turns out all you need is a pickle in your jar, and that not only solves the problem, but feels better than putting a gopher in a tube sock.“

“When I was a little girl, if you dressed up like a tart at night and pretended to be a famous big band singer when you were really just a trollop whose dad hadn’t had a hit single in 50 years, you were drug out into the street and beat with a three-week-old loaf of bread. And if there was no bread, they used bricks and porcupine hides. That’s if you were lucky, and let me tell you, my brother was not.“ 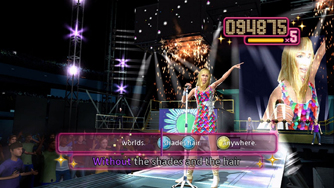 “I was in the Swedish military long enough to be a part of the search party looking for the lost Crimson Gem. It was a real saga, not like the sissy poofter sagas you kids have today. No, sir. Back then, a saga was a saga, and real men and women lost their lives to giant sea otters that would pick them up and then crack them in half over their tummies. That’s how you became a man, sonny. A real man.“

“You better believe it. It’s coming. When the reckoning comes, you’ll be sorry. There is a loud place in hell for you and all the other people who eat boogers in their cars while they’re driving around because they think no one is looking, but I got news for you. I’m looking. God is looking, too.“ 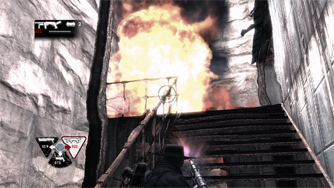 Michael Gray reviews the casual games contender for Game of the Year, 2012.