Welcome to “Carbonated News,” the column where I take news stories from other Web sites and burp them back at you. This month, the focus is on the Electronics Entertainment Expo (E3), which will be held from June 2nd to June 4th this year. I’m going to talk about what games the three big videogame companies will showcase, and then I’ll get you up-to-date on all the latest rumors.

Nintendo has promised to put on a bigger showcase this year than they did last year. That can’t be too difficult, seeing as the only games they showed were Animal Crossing: City Folk for the Wii and Mystery Case Files: MillionHeir for the DS.

Well, according to this year’s list, Nintendo is going to present…absolutely nothing. Huh. Guess they’re trying to keep everything a surprise by not announcing what they’ll show ahead of time. That kinda screws up my ability to give you a preview of what they’ll show.

But even though Nintendo is keeping their games under lock and key for now, we still have an official list of Wii/DS-exclusive games that we’ll see at E3 this year. There are four of them: Mario & Sonic at the Olympic Winter Games, Rabbids Go Home, Mega Man Star Force 3, and The Legend of Zelda: Spirit Tracks.

Unlike Nintendo, Sony has told us what we’re going to see from them at E3: more installments of stable series. Yes, most of the games that they’re going to showcase are sequels, such as: 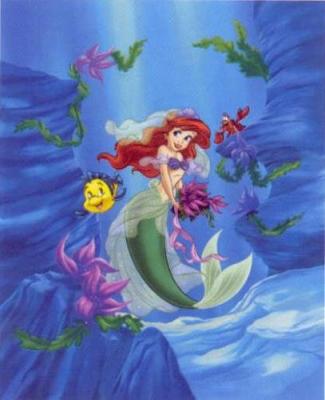 Oh, crap. I just realized that I already talked about half of the Xbox 360 games being showcased at E3, because most of them are being released on the 360 and the PS3. Oh man, isn’t there anything on the list that’s Xbox 360 exclusive? Nothing? Seriously? Oh…wait a minute…just like Nintendo, Microsoft hasn’t submitted a list of games yet.

Well, in any case, it looks like trying to write an E3 column so far in advance (May 16th) was a dumb idea. But even if I can’t talk about big games, I can talk about a big gaming peripheral: the 3D Motion Sensor Camera.

The 3D Motion Sensor Camera has been confirmed by the Wall Street Journal, of all places. The general idea is that you set a camera on the TV, andthe camera will use its motion sensors to tell when the player moves his or her head, shoulders, knees and toes. This is sort of like the Wii motion sensors, except you don’t have to hold a motion sensor controller. Word on the street is that the device was inspired by the Wii and the Animorphs, who wanted motion-sensitive games, but no new Controllers.

But in all seriousness, this seems like an ideal way to integrate motion-sensitive gaming without forcing all 360 owners to buy a new Wii-like controller. You have to distance yourself from the competition somehow, people.

I’m not sure how the 3D part comes into play, though. Presumably, it means the camera can tell when you’re moving toward/away from it, but it could be tied into the new fad of showing movies in 3D. Seriously? Movies in 3D? That’s an old gimmick, as this genuine 1954 newspaper ad shows:

My aunt tells me that because of all the new, sophisticated computer technology, the 3D movies really work. Sophisticated technology? You wear paper glasses with Saran Wrap for lenses. Come on, give me a break. That’s just plain silly.

In other Microsoft news, everyone thinks we’ll hear about a new Halo game, and Splinter Cell: Conviction, so you can look forward to that if you want.

There are rumors coming out the wazoo about E3, ranging from realistic (“Disney Interactive will reveal a new Kim Possible game”) to far-fetched (“someday, we will learn what ‘out the wazoo’ refers to”). Here are a few of the rumors I’ve seen:

So there you go! A preview for E3, which will officially be released after E3 has already started. Awesome.

1. Remember how everybody complained about Navi being too loud in Ocarina of Time? And then, in Majora’s Mask, they remedied that problem by giving Link a fairy who doesn’t shout at him all the time? I miss that.

2. I have no idea how you can announce that you will show unannounced games, but apparently, it’s possible.

Via Kotaku, Nintendo announced today that they'll be bringing Super Mario All-Stars to the Wii in the United States. The package will include Mario 1, Mario 2, Mario 3, and The Lost Levels, and absolu