(Editor’s note: This article was originally posted to GameCola’s main site during our six-month-long hiatus.)

Mike: Hey Vangie, remember when we used to write for that site?

Mike: Oh, you know, the one with the guy with the beard…actually a lot of the guys had beards…Gamebeard! That was it!

Vangie: I don’t think I ever wrote for “Gamebeard.” I mean, I don’t have a beard. I will never have a beard. Why would I write for a site about beards?

Mike: No, you wrote about all our wacky misadventures…with beards…

Vangie: OK, dispensing with the beards, that does sound vaguely familiar. What was that other thing you said?

Vangie: No…games. You mentioned something about games.

Mike: Oh, right! That other, other site we used to write for. GameCola! Still lots of beards there too, as I recall. I wonder what happened to that one.

Vangie: As I recall, it had to something to do with a misguided attempt to make the site “better and more fun” for users.

Mike: You know, I’ve heard the head editor of that site only feels joy when he makes big promises and then breaks them. And our hearts.

Vangie: Well, I heard that he was still trying. Apparently, the new GameCola is not dead yet. He sent out an e-mail to the staff about it just the other day.

Mike: Yeah, he tried to send me a picture of the new site…but truth be told, I think it was just a picture of his cat in a pair of sunglasses. 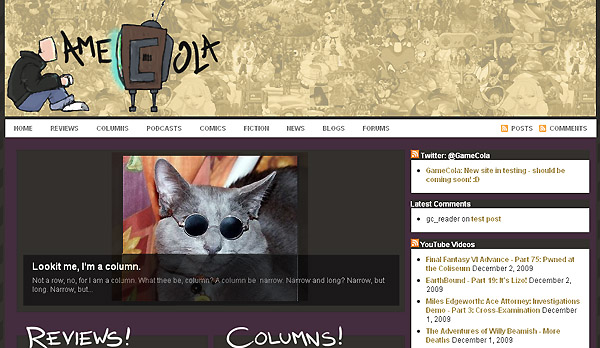 Vangie: What were we talking about? Oh, yeah, GameCola!

Vangie: We are devoted readers AND writers of GameCola.

Mike: We visit GameCola all the time.

Mike: Although, technically, they’re already at GameCola if they’re reading this.

Vangie: Ah. Forgot about that.

Mike: Well…Thank you, Loyal Internet Audience? We appreciate you humoring us.

Mike: Paul! That’s it! THAT was the guy with the beard!

Vangie: Right. Seriously, though, the new site will be up soon. Testing has actually begun! And there is lots to look forward to. Old favorites will be back…

Mike and Vangie: …and a bunch of other stuff.

Vangie: Plus podcasts and blog updates.

Mike: And brand new features that can only be done justice in the format of a true website.

Vangie: Because that’s why Paul scrapped the old format.

Mike: Right. That, and the coup.

Mike: Don’t worry, it will be a failed state within a matter of weeks…days…maybe hours…

Mike: It’s right over the horizon!

Vangie: In the meantime, we leave you with a picture of Paul Franzen…

Mike: To direct your hate at. 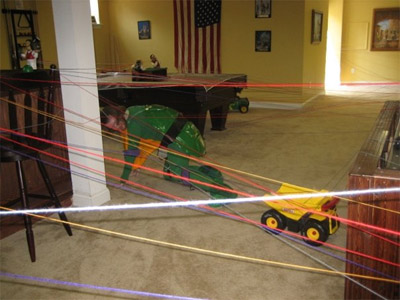 Mike: To direct your sorrow at. Kitties make everything better.

Vangie: They really do. 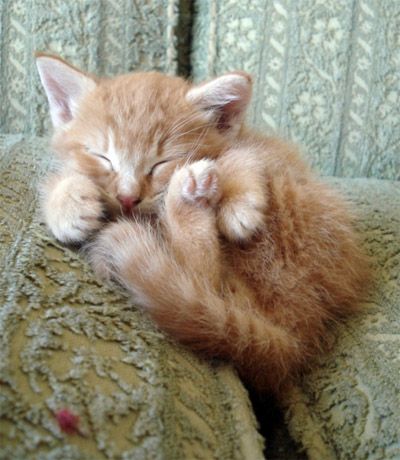 Mike: Now, if you’ll excuse me, I have some wacky misadventures to get back to.

Vangie: And I have to go follow him around with a notepad and pencil. (Not really.)

Mike: (from the other room) Hey Vangie, what do we have that’s flammable?

And now, here’s what you missed if you weren’t keeping up with the GameCola blog in November of 2009:

Y helo thar gamefans, and welcome to yet another capriciously captivating edition of Digital Championship Wrestling! My name's Paul Franzen, and this here is my co-captain, Eric Regan.