In this flagging economy you need escapism, and you need it on the cheap. I’m just the cheapskate who’ll find it for you. 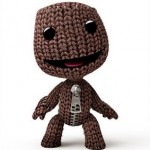 PS3 owners could do a whole lot worse than spending $30 on one of the finest PS3 games around, and it just so happens that LittleBigPlanet: Game of the Year Edition’s newly acquired “Greatest Hits” status allows you to do just that. 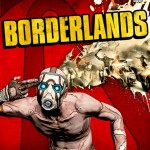 Also, for those who want a bit more violence in their multiplayer, there’s been a recent price drop on Borderlands, which you may remember as being GameCola’s choice for 2009’s best multiplayer game. If you aren’t familiar with the game, imagine Phantasy Star Online, but longer, and stylized like a gritty western pulp comic.

If you’ve got a brick and mortar Blockbuster location near you that’s avoided the icy cold touch of the obsolescence reaper, you may want to stop by. Apparently Blockbuster locations around the country are selling off some pretty good games with the svelte price tag of between $7 – $10 each. Mind you, this isn’t just Ninjabread Man and Jenga: World Tour, but The Elder Scrolls IV: Oblivion, Grand Theft Auto IV, Gears of War 2, Burnout Paradise, Fallout 3, Resident Evil 5, Devil May Cry 4, Ninja Gaiden 2 and a lot of others.

Of course, if that deal isn’t sweet enough already, Blockbuster is also having a buy one get one sale on all used games under 15 dollars. I personally just came home with a bag full of 10 new games, and when I told my wife it only cost $35, she didn’t even yell at me. Victory!

Despite these great deals, let’s face it: nothing beats free. Of course, free games and crap games are usually closely related, but every now and again you run into a gem. In this case, that gem is Tower of Heaven. This green-and-brown homage to classic Game Boy games offers up an interesting premise—you must ascend a tower owned by God himself. Considering the malevolent attitude of your host, one can safely assume that this tower is likely owned by the God of the Old Testament. The further you ascend the tower, the more rules are imposed by God, all of which are punishable by smiting. “Thou shalt not touch yellow blocks” and “Thou shalt not move to the left” are examples of two such rules that will end with you getting struck by lightning and bursting into pieces if you break them. 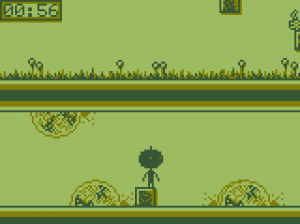 The game pulls off its Game Boy look quite well and is actually very nice looking. It also has excellent chip tunes (which, trust me, is a phrase I would never utter otherwise) and a light bit of religious philosophy.

Though a little on the short side, Tower of Heaven is an excellent, innovative game that’s well worth giving a try. Oh, and it’s free.

You can give it a free download over at http://askiisoft.com/.

Trading in your old videogames at GameStop can be a convenient solution to no-longer-wanted games, but over time it’s a great way to throw your hard-earned videogame money away.

If you’ve been reading a certain videogame site named after a fictional videogame beverage, a large portion of whose writers are bearded fellows, you may have read a recent article about Goozex.com, a game and DVD trading website. Another great option is SwapTree.com, which allows for the trading of DVDs, games, CDs, and books. There are pros and cons to each site.

How SwapTree works is that you list several items that you’re willing to trade, and then you select a bunch of stuff that you want. After that you can pick through the items that people are willing to trade for your stuff, or you can wait for the site to set up a three-way trade, where someone wants something you have, you want something someone else has, and that person wants something the first person has. I’ve traded quite a few DVDs I’m done with for some good videogames over the past few weeks. The only drawback is that the three-way trades are chosen randomly, you have no say over them, and you must accept them or you won’t be offered any more in the future. So, you might have an $80 DVD box set up for trade and a $20 copy of Grand Theft Auto IV on your list, and you’re going to end up trading your $80 set for a $20 game. On the bright side, if you closely manage your lists you can often end up as the one getting the more valuable item. Despite the randomness, one advantage SwapTree has over Goozex is that everything but shipping is free.

Goozex is a better place to trade higher value items than SwapTree, in my opinion. Trades cost $1 each and you receive points for games you send out— 1,000 points for brand new games down to 100 points for old worthless games. And, as Paul mentioned a few articles ago, retro games are now available, allowing you to pull asshole tricks likely requesting the NES game Stadium Games for 200 points (which you may have seen on mental_floss as going on eBay for a hefty $41k).

These are both great ways to get some games cheap, and you get screwed a lot less than you do with GameStop trade-ins.

It's the third entry in our series about Castlevania games, coming eleven months after the second entry.