Hello, everyone! And welcome to “This Week in Knitting,” where we get you up-to-date on all the most Kninteresting Knitting Knews from the past Kneek! (We’re still working on our slogan.) Over the last seven days, we saw the price of yarn go up a whole five cents per yard (!), we learned a new method for spinning your pets’ fur into a nice warm winter sweater, and OH MY GOD, PLEASE JUST LET ME DIE.

…is what I’ll actually be saying a year or two from now, when Microsoft and Nintendo have finally achieved their goal of killing off the core videogame industry forever and replacing it with motion-controlled baby games. Knitting is all I’ll have left. And I don’t even like knitting.

Look, do you want proof that the End of Days is upon us? Check out this photo, which—I’m not making this up—is from the Kinect launch party in NYC this past Wednesday: 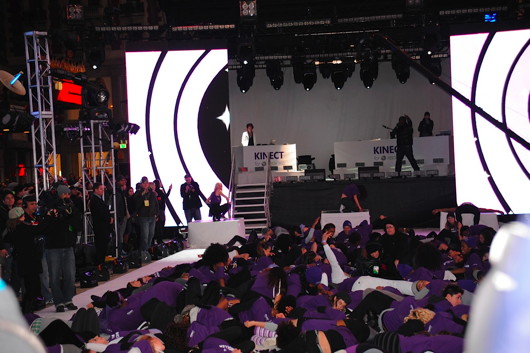 THEY’RE ALL DEAD. ALL OF THEM. And you know why? It’s because of Kinect. 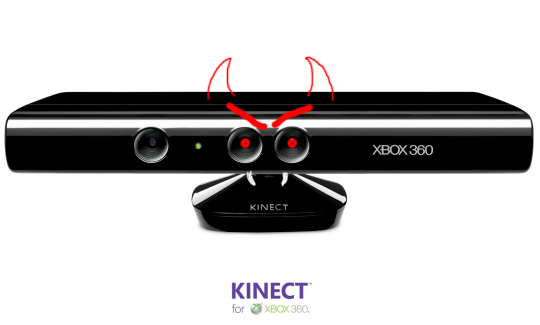 • Two big stories hit this week: Arnold Schwarzenegger tried to kill off the videogame industry by making videogames illegal, and Microsoft actually succeeded, by releasing the Kinect and determining that we’re no longer the target audience for videogames.

• In other Microsoft news, it’s not just core videogames they hate; they also hate indie games, as evidenced by their hiding indie games on the new 360 dashboard as far away from anything relevant as possible.

• Also, Telltale Games released a new trailer for Poker Night at the Inventory. BREAKING: I still don’t know how to play poker.

• Meteo Xavier wrapped up Halloween for us by reviewing Ultimate Zombies Ate My Neighbors, a ROM hack of the original SNES classic that’s almost as hard as he is. ZING!

• In addition, David Donovan reviewed Sorcerian, a party-based side-scrolling action-RPG from the makers of Ys and hyphens.

• And, finally, Nathaniel Hoover reviewed GameCola.net, which isn’t even a videogame, and he only gave it a 7/10! He’s so fired.

• Nathaniel Hoover continued to terrorize GameCola by writing a “Flash Flood” column all about how he seriously gave GameCola a 7/10 what the hell is wrong with him you know what? I give him a 3/10 what a jerk zombies.

• GC staff writers Meteo Xavier and Justin Luschinski battled it out in “Versus Mode,” taking about the Kinect, the 3DS, the Jungle, and how we all deserve real-live Achievements just for getting out of bed in the morning.

• Michael Gray and Colin Greenhalgh wrapped up their coverage of Professor Layton and the Unwound Elevator, ensuring in the process that a gigantic picture of cartoon breasts would be on the main page of GameCola for at least a day. 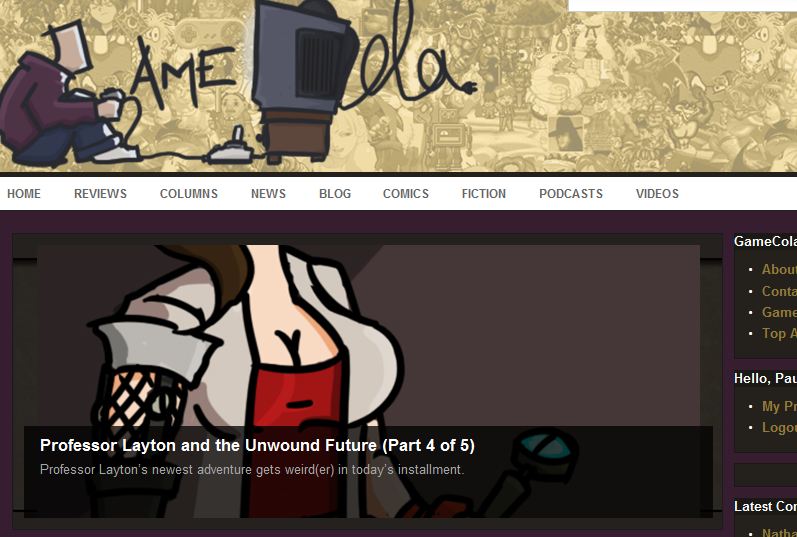 • Terrence Atkins continued to show us why certain people shouldn’t be allowed to access the Internet in “Be Careful What You Search For.”

• Nathaniel Hoover unearthed some classic ‘Cola by re-posting our Halloween celebration video from 2009, complete with the then-horrifying possibility that GameCola might be dead. (Spoiler alert: totally isn’t, despite the best efforts of NATHANIEL HIMSELF)

And speaking of classic ‘Cola! Here’s a bonus old-school article from August 2005: Travis Combs’ review of The Adventures of Willy Beamish, for Sega CD. Fun fact: This article is one of the reasons Michael Gray started writing for GameCola.

People complain about how, in movies, no one ever goes to the bathroom. OK, no one actually complains about this except me. And I don't even want to see them actually go to the bathroom...so I'm not e