Or, alternately, my love/hate relationships this month. 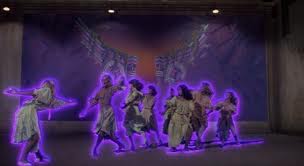 Everyone needs a muse in their life, I’ve come to discover. Really, a “support muse” is more accurate. A support muse is someone who not only inspires you, but supports your personal passion even if they don’t really understand what it is that drives this passion so much. Like Olivia Newton John and her sisters in all their neon glory in the movie Xanadu. (If you get that reference you’re officially fucking awesome, by the way.)

Without question, my girlfriend Fatima is my support muse. She doesn’t really play videogames, but she understands that I love them and that they’re important to me. She bought me a PlayStation 3 for Christmas this year knowing how badly I wanted one. She’ll surrender our ridiculously huge TV in the living room because she knows I need to see Uncharted 2 on a 73” wall of high-definition heaven. My friends will come over and she’ll discreetly sneak out to make us snacks because, while she could really care less that we need to pass level 3 on Heavenly Sword, she knows we’ll get hungry trying.

My point is that we’ve all got our things, we’re all different, and it takes an open-minded person to just let you do your thing, even if it’s not their thing. That being said, I’ve got a lot to love and a shit-ton to hate this month, so let’s get to it.

My New PlayStation 3: I can’t tell you how much fun it’s been catching up on all the PS3-exclusive games I haven’t played yet. Plus, I just really enjoy getting new hardware, unboxing it and fiddling with new controllers and messing around with the interface. I have an old chunky PlayStation 2 gathering dust with a handful of games somewhere, but frankly, I haven’t been a Sony boy since the first PlayStation, back when the controllers had no analog sticks and the first games I owned were PGA Tour, Jumping Flash!, Persona, WipEout and Discworld (most of those in long boxes, I might add). I can love and appreciate all systems now, and I do. My PS3 is my new baby, and I can barely put the controller down these days. And to compare my new “first ” games with the ones I mentioned above, I picked up Uncharted 2: Among Thieves, Metal Gear Solid 4, Motorstorm, Heavenly Sword, Resistance: Fall of Man and Killzone 2. Needless to say, I have been generally unavailable since that time. For anything. And speaking of which…

Uncharted 2: Among Thieves: Uncharted 2 is a goddamn masterpiece, a game of pure beauty and enjoyment, a globe-spanning adventure that is quite simply jaw-dropping at times, leaving you with controller slack in hand wondering if it’s possible to stress just how much you love this hobby of gaming, and appreciate the work that goes into creating these worlds. The voice-acting is tremendous, the length is perfect and the game is just simply fun as hell. One of my new top 10 all-time favorites, for sure. 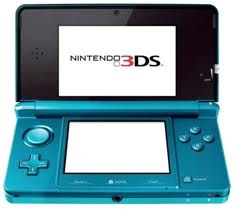 The Announcement of Nintendo 3DS and Sony NGP (PSP2): I’ve owned just about every major portable at some point or another in my life, missing out on only the TurboExpress, Sega Nomad, PlayStation Portable and, of course, the two most important ones: the Game.com and Gizmondo. Honestly, those are the two I want the most, just so I can say, “Hey man, you wanna check out Mama Can I Mow the Lawn? Or how about Colors, where you can get virtually sexually assaulted in prison? What? You think I’m joking? I’ll bet you a sensual, homoerotic backrub and 48-second-long tongue kiss I’m not.” I’m totally buying a Gizmondo, and when I do I’m going to review the games here on GameCola. I dare you to dare me.

I want a 3DS and a NGP/PSP2 achingly bad, but they’re going to be so expensive. The 3DS is already nothing to sneeze at, clocking in at $250, and as for the PSP2 (screw it, that’s what I’m calling it for now), I’m guessing I’ll be able to afford one of two things when it comes out: a healthy, adorable newborn panda bear (or human child equivalent, but pandas are way cuter), acquired on the black market, or this console. Apparently besides, you know, gaming, it can do GPS, Sixaxis, 3G, Wi-Fi, blow dry, high-five, touch-screen, encryption breaking, karma stealing, oral sexing and tender loving. I WANT ONE. And the Nintendo 3DS plays games. In 3D. So…I want one of those, too.

Disney Interactive Media Group and Specifically John Pleasants: Just a giant I-hope-you’re-the-first-to-go-in-a-mutant-choked-future-world for all the assholes responsible for this bullshit. Junction Point (Warren Spector’s studio) was just steamrolled, letting go over 200 employees. While it’s normal to have layoffs after a game ships, apparently Epic Mickey undersold. Considering what a piece of shit I’ve heard it is, I’m frankly surprised they were expecting anything more. It’s kind of like they had a mentally challenged videogame baby. The miracle of life is the thing to be proud of, so just be happy they can put their socks on without making a bow-tie knot out of their own arms in the process, and don’t expect them to land a harrier jet while doing the family taxes on an abacus, as well. Throw in Propaganda Games getting unceremoniously drop-kicked through the uprights after their pukebowl Tron: Evolution tanked, which put the kibosh on the game everyone actually had hopes for (Pirates of the Caribbean: Armada of the Damned), and to top it all off, there’s the disintegration of Bizarre Creations, too. I’m not saying any one of these was a triple-A studio by any means, but what I am saying is this: fuck you, John Pleasants. Fuck you in your stupid dickshit face, you restructuring corporate asshole.

Far Cry 2: Yeah, this sucked really badly—parts of it are awesome, but they’re not awesome enough to endure getting through the rest. The graphics are really good, the total mileage of land area is awe-inspiring and frankly amazing, the story is decent, and the actual shooting is chunky and satisfying. But the game is an absolute chore to play through. The missions are uneven, and the playground is too goddamn big. I spent more time driving my fucking jeep (and repairing it ad nauseam every time it started steaming) and sleeping in safe houses to pass game-time than actually playing. Factor in deaths and re-starts that put you miles away from your destination and having to repeat stuff and just screw it, I’m done with you, Far Cry 2.

The General Font and Layout of the PlayStation 3 Snap Cases: Thank God I didn’t get a PS3 when it first came out. That Spider-Man font is fucking terrible and it was etched right onto the glossy top of the original PS3 fat, and they used that same ass-ugly font for writing “PS3” on the sides of each case, too. The stripe down the front left of the case is just as busy and unattractive. The newer cases and logo are a huge improvement, but now I’ve got a schizophrenic-looking collection of PS3 games with two different logos on the sides, some black and some red, not to mention the Greatest Hits collection in solid blood-red plastic. I love the size of the Blu-ray cases—they’re much more compact and don’t waste as much space as DVD cases—but the 360 and Wii designs are much more aesthetically pleasing. 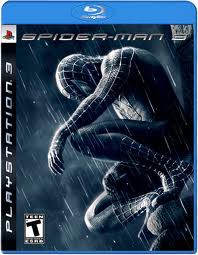 Yuck. Just look at that shit.

The Idea of a Completely Boxless, Digitally Downloaded Future: I’ve been listening to a ton of podcasts this week in regards to the PSP2, and everyone seems to be split right down the middle on this. No one seems to remember the absolute implosion of the PSP Go and its shitty download-only format. Personally, I love having physical storage. Everyone keeps bitching about PSP2 media being on little Flash-based media cards. “They’re so small!” they whine. “I’ll lose them! I’ve already lost a ton of DS games!” You have got to be shitting me. What are you, four years old? Can’t you big boys and girls out there keep track of you belongings? We all have a lot of small things in our lives that we manage not to lose every day. If you’re constantly losing $40-$50 games, you need to go tell a teacher so she can tie a big yellow knot of yarn around your neck that you can attach your games to, because you’re a careless retard. My cat remembers the last place he played with a tiny catnip mousey fourteen months ago, and he could shoot unerringly straight to it in a snowstorm while wearing horse blinders and a with tornado siren screaming in his ears if he really wanted to play with it. Try putting your games away or maybe even being a responsible adult.

As for me, I want to put an actual game into my system and play it and have my boxes displayed nice and neat on the wall so I can make my friends jealous. I’m all for certain types of downloadable games, like the download store that’s coming for 3DS that’ll have old Game Boy and Game Boy Color games available. I have Rez, and I don’t need a box for WipEout HD or Limbo, but fuck you if you think I want to spend $60 on a PSP2 game and just have a downloaded file to show for it. I don’t trust media with no physical aspect to it. I want an actual Blu-ray disc with all the special features on it, a physical bookshelf I can display my library on, and a game in a box to play on my $300+ videogame system. I don’t think it’s too much to ask to provide both options, download-only and physical media.

Well, that’s about it for this time. Seems like I had more to bitch about than not, but honestly I couldn’t be a happier guy right now. I’ve got tons of great games to play and two brand-new consoles to look forward to over the next year. I’ve got a nice big TV, a huge pile of shame to work through, and a wonderful support muse backing me every step of the way. What more could a gamer ask for?

The final couple of levels are some of the most fun you'll have on an 8-bit console.