Before I get started with making fun of other people’s Xbox Live Indie Games, I have a big announcement to make:

Hah! Boy, I bet that gave you a start. No, that’s not the announcement; I just wanted to make sure you were paying attention to the real announcement, which is:

ARE YOU SURE YOU AREN’T QUITTING GAMECOLA?

As I was saying–

You can’t just blurt it out like that; you’ve gotta build up to it! PLEASE LET ME DO IT.

I BEAT YOU TO IT.

Now, I’m sure you all have a lot of questions, like “seriously?” (answer: YES), or “what’s it about?” (answer: it’s a comedic adventure game about a newly-minted college freshman who has to deal with all the typical freshman things, like moving in, orientation, meeting your roommate, eating delicious ramen noodles, and hunting down serial killers and kidnappers), but I’ll be sure to answer them all in the parentheses of this sentence. I’ve been working on the game since April of last year, and by “working,” I really just mean writing—I’ve been designing the story and puzzles and writing the script, while game-development superstar Ted Hung (of Office DisOrders fame) has been doing all the actual work with programming and implementation, and art superstar Colin Greenhalgh (of GameCola fame) has been taking care of all the pretty.

No release date yet, but the game is on its way; trust me. By the end of the year, I may very well be an official XBLI developer! I hope that Silver Dollar Games gets a chance to turn the tables and properly make fun of me, for a change. To make sure you’re up-to-date with my game, I’d suggest checking out Moment Games’s website and/or liking their Facebook page, because that way I won’t have to constantly spam GameCola with updates about my game (even though I probably will, anyway). And other than that, just keep your eyeballs out; you’ll find out more soon enough.

And with that out of the way, let’s start–

WAIT, THAT’S IT? YOU’RE NOT EVEN GOING TO GIVE US A SCREENSHOT?

Well, I wasn’t planning on it, no. We don’t have a ton of art set in stone yet–

WELL I WON’T BELIEVE YOU UNTIL I SEE A SCREENSHOT. 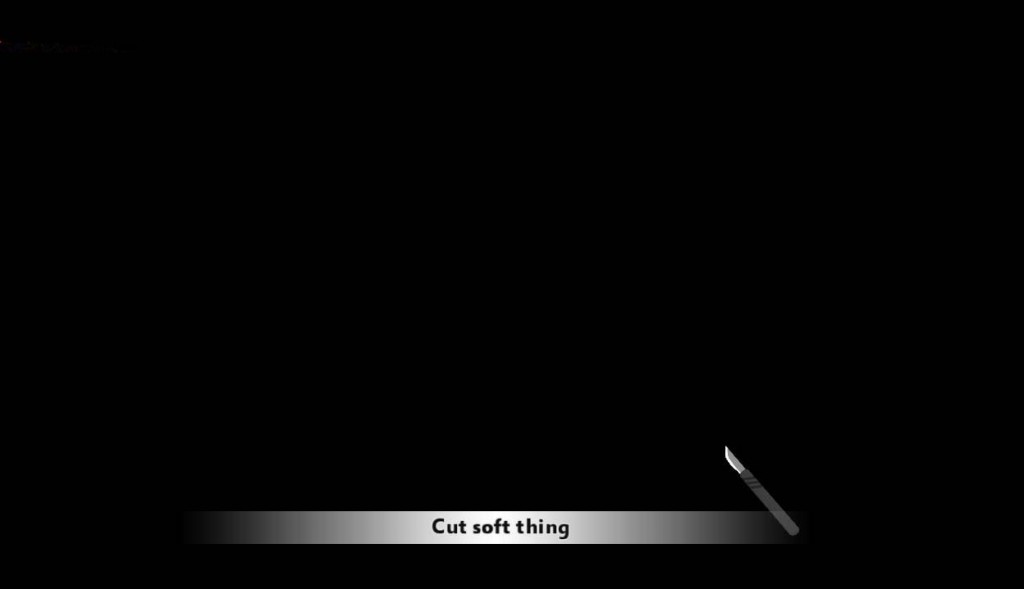 Yes, that is actual, literal gameplay, and that’s the best you’re gonna get from me. I guess I really just wanted to…keep you in the dark.

…That was a good one, right? You can really tell that I should be a paid videogame writer.

YEAH. THAT’S JUST WHAT I WAS THINKING.

Anyway, on with the Pudding! 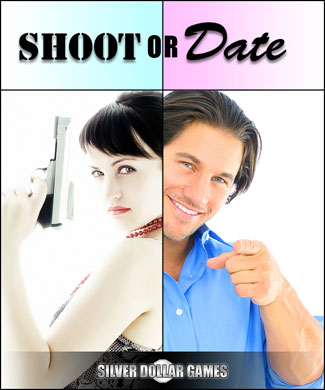 People often walk up to me on the street—for the sake of this statement, let’s pretend that I’m sometimes outside and on a street—and say, “hey Paul, why do you keep writing about Silver Dollar Games if you think that time travel needs to be invented now just to ensure that they never existed?” Usually I respond by saying “Well…as Marilyn Monroe once said, ‘it’s better to be absolutely ridiculous than absolutely boring.’ I’ve always been much more intersted in a unique crappy game than a generic space shooter or puzzler; I’m not going to waste my time on a game that offers me nothing more than the same experience as everything else. Can we stop pretending I’m on the street now? It’s making my palms sweat.”

Where was I going with this? Ah, yes: Silver Dollar’s latest “videogame”: Shoot or Date. The game in which you’re given a picture of a person, and you have to determine whether you’d rather date them, or shoot them. Why do so many of this company’s games involve shooting women? What does that say about them?

…I’m sorry to say that’s really all there is to this game. Picking out which pictures you like the best. Hooray! Well, there’s one other interaction you can have, too: at the beginning of the game, you get to press a button, and then the game randomly determines whether your character is interested in dating dudes, or ladies. Now, that got me thinking: Is this meant to be a political statement on whether one’s sexual orientation is something you’re born with, versus something you have a choice in deciding? Or is just a random game-design element that has nothing to do with anything? If you know, post!

(Wow, this must be the “Paul steals things from other GameCola writers” edition of “Minus the Pudding.” Captain Eric’s Psychic Thumb gives that a thumbs down.)

In all, Shoot or Date is one of the worst videogames I’ve ever played in my life, so you can see why I’d include it in a column called “The Best of Xbox Live Indie Games.” 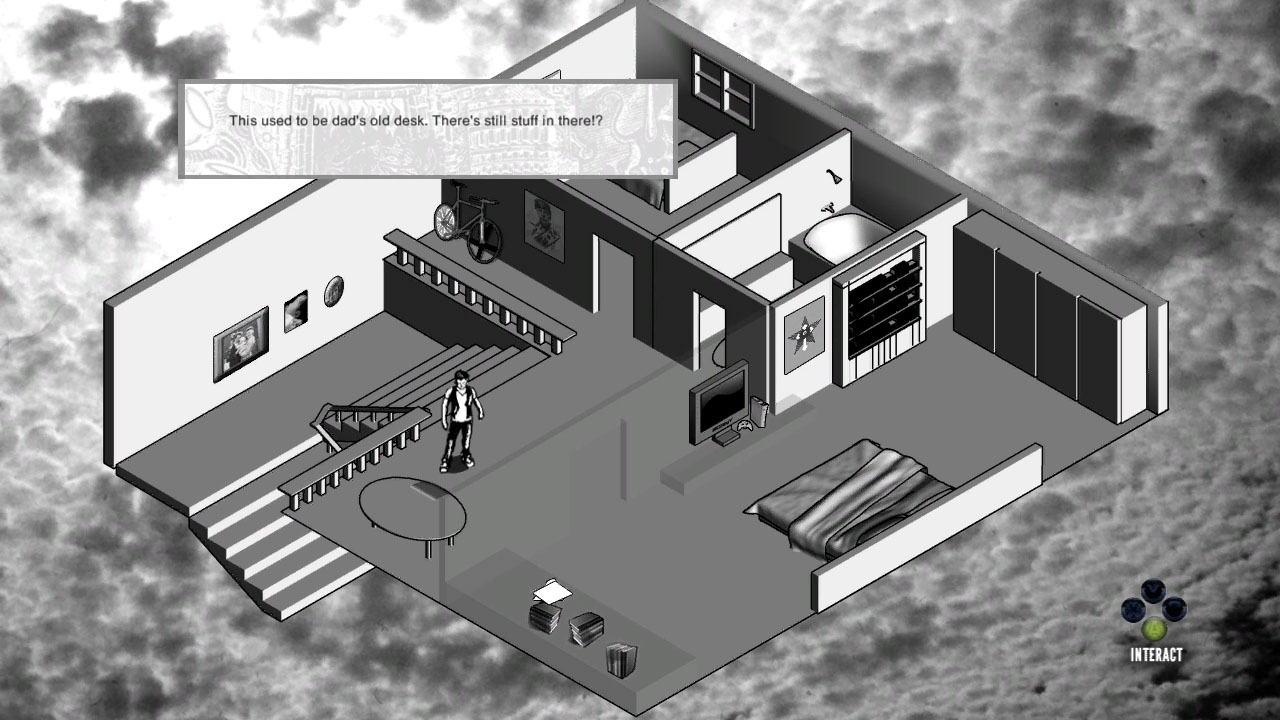 Esoterica America is a game where you walk around and interact with things. And there’s probably puzzles and stuff, too. I don’t know; I was having a lot of trouble figuring it out. The introduction went into all this high-level philosophical stuff, like “fate,” and “your father is dead and also in the land of the Gods,” and there was this big fetus on the center of the screen that was probably representative of…something, and I’m just not smart enough for any of it. It’s the kind of game where characters say things like “be aware of bus rides and odd men in shoe polish,” and you’re not sure if it’s supposed to be funny, or deep, or helpful or what.

Also, the main character moves really slowly. He doesn’t amble so much as he preambles. Hey, developers: I wouldn’t kick a run button out of bed for eating crackers, is all I’m saying.

However, I would like to give this game 6,000 official Pudding points for including a bonus game called—I poop you not—Buffalo Souljah & The Mystical Space Pipe, which you get to play when the main character interacts with the TV in his bedroom. (Though I’m taking most of those points back for the horribly dated South Park reference which immediately precedes it.) That minigame was fun, and it had explosions, and I got it, unlike the main game. I played three different 10-minute trials of Esoterica America to make sure I could see as much as possible, and all I got out of it was a sense of inferiority. Maybe you’ll fare better.

…I bet the game’s story has something to do with the Illuminati. Things like this usually do. 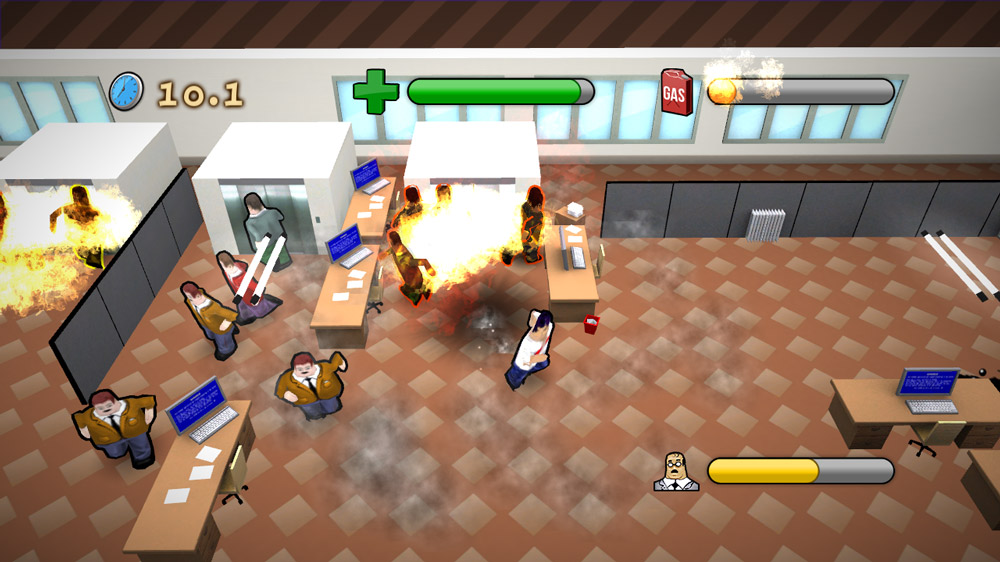 And on the other side of the seriousness spectrum, from high-level philosophy to “heh-heh, FIRE! FIRE!”, there’s Inflamous: a game in which you set yourself on fire, and run around trying to set other people on fire, too. I think this is more in line with my intellectual capabilities.

I mean, that’s really your goal; your primary objective in this game is to “set all the people on fire to win!” It’s like if ‘Splosion Man were a game about blowing up innocent people for no apparent reason. I mean, it’s like ‘Splosion Man. If you wait a while, you can even see their bodies turn to ash and crumple on the floor. Don’t get near any sprinklers or firemen, though, because they’ll just ruin your fun, the party-poopers!

Technically, this game is definitely way more enjoyable than the actual Infamous, whose name they’re parodying for some reason. (No, I’m not going to capitalize it like a tool; I’m sorry.) At least in this game, when I use my magical powers to torture everyone for my own pleasure, I’m not punished for it. God. 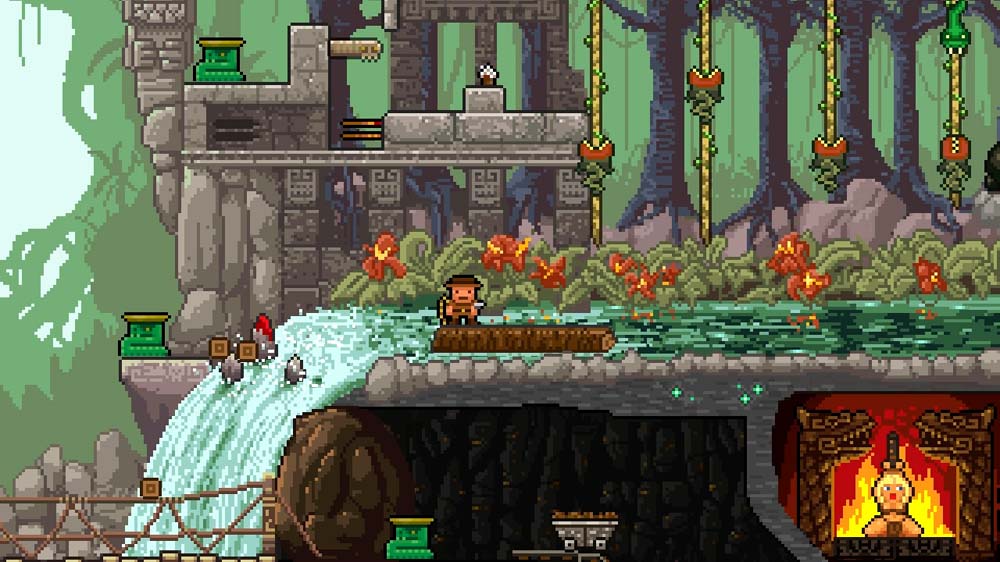 Oh glorious, glorious day! The sequel to an XBLI game I actually liked! In PLATFORMANCE: Revenge of the Capslock, you are the famed explorer Indiana Jones Lookalike, and you’re on a quest to rescue a 1940s movie starlet, who has been kidnapped by—I’m not making this part up—”a sect of evil sausages.” This game is WINNING, my friends! (Sorry, I learned how to make pop-culture references from Esoterica America.) As with its predecessor, it’s a side- and vertical-scroller where the entire game is one gigantic map, and you have to work past all these enemies and traps and crap that are inconveniently right in your way.

I liked this game a lot, and that’s only partially because it’s easy to write about, since I can just say “it’s like that awesome game that came out before,” and leave it at that. You’ve got infinite lives, plenty of checkpoints, yet its a hardcore platformer in which you’ll die a lot until you can figure out what you’re supposed to do. It makes me feel like I’m a real gamer, too, whereas most hardcore platformers are so difficult that they make me pee my pants and run away like I just had to talk to someone in real life.

I definitely stand by my assessment from before: bundle this up with a bunch of other levels and sell them as a package on XBL proper as a real game. MANY BUYS!

HELLO AGAIN. SO THIS IS WHAT OTHER COLUMNS ARE LIKE, EH? THANKS FOR INVITING ME.

I didn’t invite you! You just jumped in when you noticed that I was using a comically capslocked font, like in Jeff Day’s column “Gamera Obscura“!

WHATEVER. HEY, WAIT A SEC…YOU NEVER TOLD US WHAT YOUR NEW GAME IS CALLED!

Oh yeah! Well, remember how I mentioned that it’s about serial killers and kidnappers? We really wanted the game’s title to reflect that, so we’re calling it…Life in the Dorms.

BECAUSE THAT’S WHAT LIFE IN COLLEGE IS LIKE? EVERYONE WANTS TO KILL YOU?

Hello everyone, and welcome to Inside the Guide, the article that gives you a behind-the-scenes look at the art of making guides for videogames. Some of you may remember that last month, I Irished up