Ever wondered who would win in a fight between Mario and Sonic? Princess Peach and Princess Zelda? Mega Man and Phoenix Wright? Every month, DCW pits videogame character against videogame character in the only truly legitimate means of athletic competition—professional wrestling—to see who truly a winner is.

Paul: As always I’m Paul Franzen, and with me, by my side—my broadcast partner—”Captain” Eric Regan.

Eric: Whoa, really? FOUR years? That was one killer nap I just took!

Paul: Four years. The last time we saw wrestling in these hallowed halls of the James Pond Memorial Coliseum, you were being eaten by ghosts.

Paul: How do you feel?

Eric: I feel wonderful, Paul! Like a million bucks! No cravings for flesh what-so-ever.

Paul: Great. Let’s cut the small talk: the FAN wants to know what sort of spectacle they’re about to bear witness to!

Paul: Tonight, in this very ring, we have a DCW legend. He’s survived not one, but TWO matches in our squared circle.

Paul: And he’s got some of the spikiest hair known to mankind.

Eric: Does he still have his feet?

Eric: WHAT?! But the FAN hates that guy! I can’t think of a single GameCola-er who can even TOLERATE his games!

Paul: And his opponent… He’s been in the center of a lot of controversy lately…

Paul: …which is why we invited him, because we want some of that sweet, sweet SEO. From Mass Effect, it’s Commander Shepard! 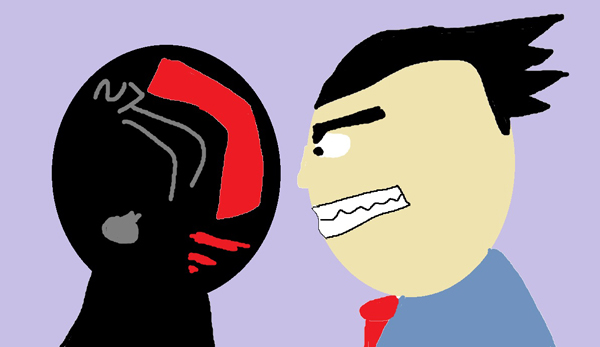 Paul: …is that the dude version of Shepard, or the female version? I can’t tell.

Eric: Commander Shepard is whatever you want it to be, Paul. It transcends gender. You must look within yourself for the answer to that question.

Paul: Ding! There’s the timekeeper’s bell, and that means this match is underway!

Eric: It’s off to a slow start; the two warriors are just feeling each other out. Commander Shepard seems a little lost without his array of intergalactic weaponry.

Paul: I think Phoenix might “object” to that statement, Eric! A swift kick to the gut of DudeShep, and Commander Shepard is hunched over, allowing the Ace Attorney to nail his patented “Ace Crusher” inverted neck-breaker.

Eric: But he pops right up again, and BroShep is PISSED! He’s pounding away at the Ace Attorney’s face—that’s what Wright gets for trying to hit a signature move so early.

Paul: DudeShep goes for one punch too many and whiffs on the last one, allowing Phoenix to capitalize! He grabs the right arm and wrenches it behind Shep’s back, locking him in to a deadly chicken-wing submission.

Eric: OH GAWD!! NOT THE CHICKEN-WING!! No one has ever gotten out of its deadly grasp!!

Eric: But however futile his efforts might be, BroShep is not calling it quits yet! Perhaps being confronted with the Reaper invasion of wrestling moves is only pushing him harder!

Paul: DudeShep turns it around and drives Phoenix into the ring post. And again—and AGAIN!

Paul: Be careful—we got those ring posts at a liquidation sale!

Eric: We got this entire arena at a liquidation sale, Paul!

Eric: Phoenix will not relent. His grasp is still fully intact.

Eric: But look at that—somewhere deep down, BroShep found some last bit of super-strength! He’s LAUNCHING himself and Phoenix into the air! A TRIPLE BACK FRONT FLIP! The pair comes crashing down into the canvas.

Paul: DudeShep slowly crawls on top of Phoenix, and referee Marty Jannetty is in position!

Eric: The two warriors slowly make way to their feet, the prolonged exchange taking a lot out of both men.

Paul: They go back into a lockup. Phoenix gets the advantage—he picks the Commander up and SLAMS him back down onto the mat.

Paul: Into the corner now, and—yes, I believe Phoenix Wright is going airborne!

Eric: …Was that over the top and cliché-y enough, Franzen? I gotta stay atop my game! Four years is a looong time.

Paul: Honestly, I’m just sad you beat me to it!

Paul: Before this Phoenix can take flight though, DudeShep dives into the ropes and knocks him over! Wright crumples, butt-first, to the outside of the ring.

Paul: Marty Jannetty is starting his 10-count. “ONE! TWO!”

Paul: Are we going to have a count-out victory in our first match back?!

Eric: BroShep starts climbing the ropes himself! Why would he risk everything now?! Victory is within his grasp!

Paul: Phoenix is rousing, and he seems to be reaching for something under the ring…

Paul: Is that a vintage Steel Samurai collectible lunch box?!

Paul: That thing’s made of actual steel! Be careful! 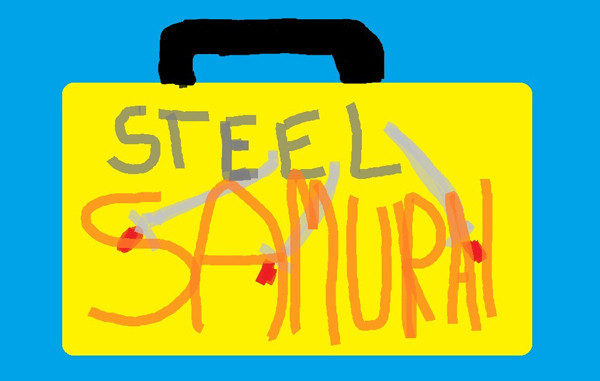 Eric: But just as he triumphantly lifts the lunch box over his head… Commander Shepard comes flying off the top rope! He elbowed that lunch box right into Wright’s face! OUCH.

Paul: And Phoenix Wright is out COLD! Shepard easily slips back inside the ring, and the referee starts his ten-count again. “ONE!”

Paul: All DudeShep has to do is wait it out, and he’s got this one.

Eric: I just can’t believe he went with the old lunch box trick. That one NEVER works!

Eric: A seasoned lawyer should know that.

Paul: I think Phoenix might be getting a guilty verdict tonight, Eric!

Paul: That’s not the referee, either! There’s someone at the entrance ramp, pointing their finger out dramatically toward the ring! Who is that?!

Eric: Someone…in a suit? I don’t know these characters!

Eric: I believe it was you. I mean, if we are going by that engraved invitation in his hand. The one that says “from Paul,” with lil’ hearts drawn all over it. 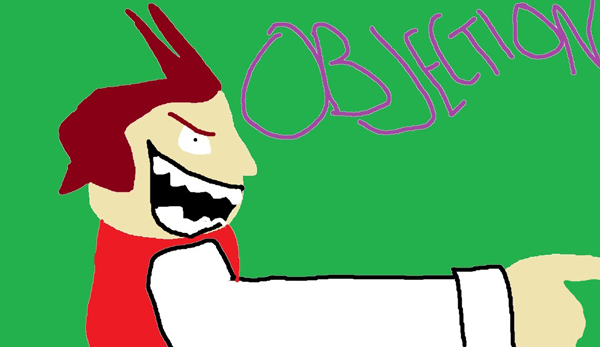 Paul: Apollo starts making his way to ringside to help rouse his mentor…

Eric: Jannetty, doing his job?! The most shocking thing of the night!

Paul: He’s there! He’s made it to Phoenix’s side! He’s trying to help the ace attorney back up to his feet…

Paul: …but Phoenix just shoves him away. He doesn’t want Apollo’s help!

Paul: Phoenix grasps the edge of the ring apron, slowly pulling himself back up.

Eric: The fan will be disappointed, I’m thinking.

Paul: He did it! He’s back in the ring! What a turnabout!

Eric: Mr. Shep has one piiiiiiiissed-off scowl on his face! He must feel cheated out of his highly prestigious count-out victory!

Paul: He slips inside the ring, about to hand the lunchbox over to Phoenix Wright…

Paul: But again, Phoenix says no!

Eric: Shepard turns around at just that moment—and punches the lunchbox right into Apollo’s face.

Eric: Apollo goes flying out of the ring, but alas! It seems Shepard didn’t learn his steel-on-flesh lesson the first time; he’s doubled over, wincing in pain from that meteoric punch.

Paul: Phoenix takes advantage to go back to that chicken-wing submission—this time adding an extra tweak to DudeShep’s hand to make it hurt EVEN MORE.

Eric: …but before DudeShep can tap out…

Paul: A pissed off Apollo Justice storms the ring once more, steel lunchbox in hand—and wallops BOTH of them with it.

Paul: Both Phoenix and Commander Shepard are out COLD, lying motionless on the mat.

Eric: All that remains standing is a triumphant Apollo, grinning ear to ear, and dancing all over the ring!

Paul: …and there’s the bell! Jannetty is calling this one!

Paul: “The referee has ruled this match a double-disqualification!”

Eric: What the hell! Tell your man to stand down, man!

Paul: Apollo Justice, you cut that out right–CRACK.

Paul: Well gamefans, this has been YET ANOTHER exciting edition of Digital Championship Wrestling! Tune in next month, when we might even have another one!

Paul: For the “Captain,” I’m Paul, saying…goodnight everybody!

You could smear peanut butter in your DS and it would do less harm.