Welcome to “Inside the Guide,” the column that gives you a behind-the-scenes look at writing guides for GameFAQs.com. People sometimes ask how I decide which games to write guides for, and the truth is that I don’t have an official process. Sometimes, people ask me to write a walkthrough for a certain game. Other times, I make the decision myself.

And sometimes, a great game for guide-writing falls right into my lap. The iPad game I’m discussing today is a prime example of this.

See, in case you can’t tell by my recent reviews, I downloaded a lot of free iPad games lately. I’ve actually been planning to record a video, showing off some of them. The main game I wanted to show off, of course, was Mermaid Dress-Up. That’s a game which lets you create pretty mermaids and send the pictures to GameCola’s Editor-in-Chief, Paul Franzen. 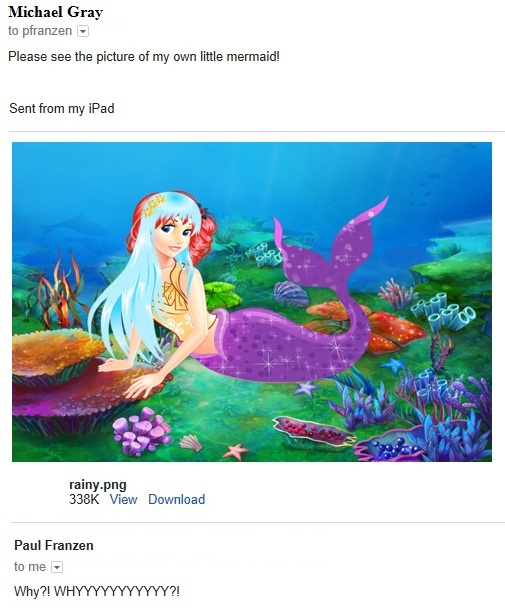 Paul seemed really happy to get the picture of Rainy the Mermaid.

Yes, with great gameplay like that, I was sure my iPad video would be a success. Sadly, my recording equipment died after five minutes. I only had enough time to play the first game on the list, which was 2 Minutes Mysteries: The Bank Robber.

The game starts off with a video, which was clearly filmed in somebody’s dorm room. Two amateur actors—one of whom messes up his lines twice—play detectives, and they chat about a murder investigation for about a minute. After the video is over, you get to answer two questions:

There is no penalty for choosing a wrong answer. Answer both questions correctly, and you get to see a second video, where the detective explains what happened. And that’s it. The game ends after that. It is literally two minutes long. 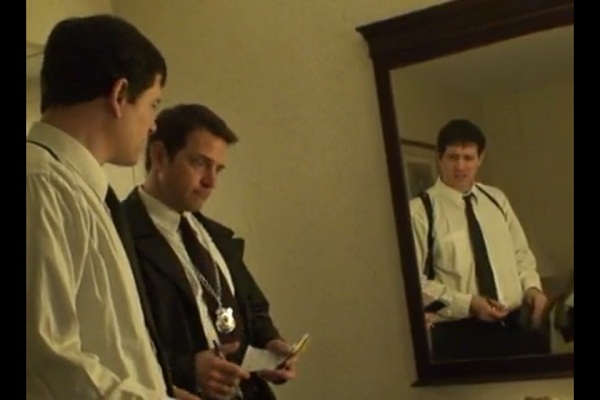 They expect people to pay 99 cents for each game in this series?

It’d be easy to write a nasty review for this game. I certainly wouldn’t want to pay .825 cents per second for any videogame, much less a two-minute video disguised as a game. But do you know what instantly popped in my head after playing this?

You answer two questions. TWO! That’s all there is to the gameplay! I wrote the walkthrough in less time than it takes to play the actual game. I am now seriously considering buying the other nine games in the series, just so I can pad my GameFAQs profile with them.

In any case, that’s it for “Inside the Guide”! Clearly, my motivation to write guides this time around is made up of laziness and mermaids. What will inspire me next time? Stay tuned and find out!