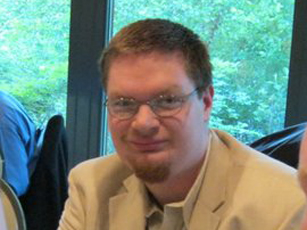 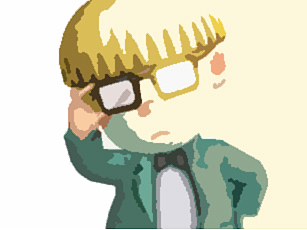 Dan Conlin is an American voice actor and a Senior Correspondent with Pixel Perfect. He played the lead role in the visual novel Bionic Heart, which TechnologyTell described as a “visual novel for people who wouldn’t normally like visual novels,” as well as a number of roles in the Xbox Live indie adventure game Rock Bottom. This is Dan’s first appearance in “Versus Mode.”

Michael Ridgaway is a GameCola staff member and author of “The Anger Dome,” a column about everything that’s wrong with gaming. He also writes the occasional blog post and pops in on The GameCola Podcast to yell at everyone. This is Michael’s fourth appearance in “Versus Mode,” having written previously with Zack Huffman, Donna Nicholson, and Alex Jedraszczak.

1. The gaming industry needs to innovate, or it will die.

Dan Conlin: I tend to agree that gaming definitely needs to keep “innovating.” Sure, there are tons of fantastic games that use similar styles, ideas, etc. But the best of the best, to me, are ones that stand out not only visually, but in terms of creativity. Okami, Psychonauts, Portal, Assassin’s Creed, all these games were pioneers in gameplay and/or other areas. Okami was really creative with the Celestial Brush. Psychonauts has some of the best humor and level design of any game I’ve ever played. Portal is hilarious and brilliant in its use of such a simple idea. And while I wouldn’t exactly put the AC series in the same category as any of these games, it managed to create some incredibly fluid, natural, and most of all, fun gameplay in its free-running system. 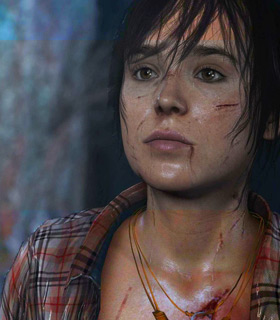 On the other hand, some developers try too hard to go for something new while completely disregarding what we already know works. This applies to pretty much all motion control. You’ve got to work with what you have first. This is another reason the games I listed excel. Aside from their respective “innovations,” each of these games, at its core, uses familiar control schemes and ideas. It’s what, I think, makes Portal so amazing. It utilizes the familiar FPS control scheme but completely repurposes it.

Then of course there are deeper issues. Gameplay is one thing to work on, but there’s also story, characters, interaction, and whatnot. While I absolutely adore how BioWare tells a story, it’s by no means new. They’ve been doing it for years and many other devs have followed suit. Heavy Rain had some cool ideas, but I honestly didn’t care for it. It could have just been a regular DVD movie and you’d still have gotten almost the exact same effect, just with a little lag on the input. Even so, it’s a step in the right direction. I like seeing experimental projects like that, even if I don’t care for the projects themselves.

So yes, I think the industry needs to keep moving forward. Just as long as they don’t forget their roots.

Michael Ridgaway: News flash: Everything needs to innovate or die. It’s the way industries work and it’s the way evolution has worked for billions of years. It’s true that games need to change to stay relevant, but not in the way that Cage is describing. People don’t necessarily need plot or emotion to enjoy something, evident in the fact that the latest Transformers movie made over $350 at the box office. No, the main way the videogame industry needs to innovate is by refining its production costs and operating procedures. With the cost of making games set to rise, it’s vital that the industry figure out ways to reign in their spending while still producing quality games. People will always buy spectacle, but first you need a spectacle to sell.

2. The new Mass Effect 3 DLC was enough to fix the ending.

Dan: I love Mass Effect 3. I think it deserved every perfect 10 it got. I’m on my third playthrough right now and it’s still just as fun. Every interaction, every bit of banter, every action sequence, every moment is beautifully done. The game is a masterpiece. Unfortunately, many seemed to think that the game’s original set of endings somehow weaken the game as a whole. These people are called morons. But I can definitely see why so many were so upset about the endings themselves.

The lack of closure was the main complaint. I mostly agree, even though a large number of “fans” acted like nothing had been resolved when virtually every plot thread, major and minor, in the entire series had been thoroughly tied up before the end. I could spend all day ragging on ME3 haters, but the Extended Cut DLC is where we’re at now.

It gives players what they wanted, that is, unless they wanted the endings completely changed, cause, you know, they totally have every right to demand that (“Hey, I pirated all three games and I deserve a better ending to make up for all the bandwidth they took up!”). While I wasn’t angry about the ending like seemingly everyone else, I did think it could have used a lot more explanation, and that’s exactly what I got. It’s very thorough, and tells you exactly what happened after everything goes down. That’s what we wanted, and that’s what we got.

Michael: I had to watch the endings on YouTube for this question, since I still haven’t played through and seen them myself. As I’ve noted a number of times, I thought the original ending was fine, and I think this one is fine, too. The endings are still all “kind of samey,” to quote my brother, so I doubt those who were dissatisfied with the original ending will be satisfied with this one. Still, the various voiceovers were a nice touch, and I even got a little choked up during EDI’s.

3. Square needs to stop screwing around and remake Final Fantasy VII in HD. 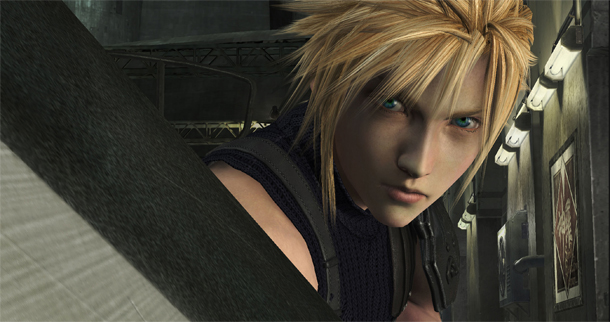 Dan: Stop asking for an FFVII remake. If it happens, it happens. Square Enix stopped listening to you all a long time ago. It’s up to them now. I’m not opposed to the idea, sure. I figure if it’s awesome, I’ll play it and love it. If it sucks, it’s not like the original ceases to exist.

Though it’s still kind of cruel for them to re-release it for PC like this.

Michael: People love FFVII (I’m not one of them), and apparently Square Enix has said they do not want to do a remake of VII until they have something from this generation that can rival it in terms of popularity/sales. I understand their desire to move forward and make something new, but they’ve also been posting some significant profit losses in recent years, and a FFVII remake could probably bring in some much needed revenue and re-charge the popularity of the Final Fantasy series. Take a lesson from Nintendo, Squeenix: milk your old games for all their worth. People will complain, but as long as they do so while giving you their money, you’ll still come out on top.

4. The next gen needs to be digital-only.

Dan: Maybe I’m stuck in the old ways, but I’ll always much prefer having a solid copy of a game over digital. You can stick it with your other games and have a nice collection to show off. It gives you an excuse to leave your house every once in a while to buy a new game. Plus you can lend it to a friend and buy used copies. We won’t have that anymore if we go all digital, and frankly, that doesn’t sound nice.

I really don’t like the idea of gaming going all-digital. It just lends itself to so many problems down the road. For instance, what happens 10-20 years later when the games aren’t being distributed anymore? You won’t be able to just go to a garage sale or check eBay for a copy like you do now for your old consoles like SNES or Genesis. The only reason these guys haven’t cracked down on “pirated” NES and Game Boy ROMs is because there’s no money in it. That’s the only reason.

I guess the whole “used” thing won’t matter much. At least at first. Digital games are generally significantly less expensive than their physical counterparts, and that trend will likely continue into the next gen, even if it goes all digital. But again, it’s only for now. Eventually there will be no more support, and the pirates will prevail. Hell, many will likely start downloading illegal copies from the get-go. Hey, they’ll be forced to use those same methods years later anyway, so might as well get a head start.

Bottom line, I don’t like digital. It’s fine if it’s an option, but making it mandatory is a mistake.

Michael: Digital-only is not going to happen…yet. It’ll happen at some point, but right now the infrastructure just isn’t there for such a business model. Digital-only consoles would require all potential customers to have broadband Internet connections no matter their location, which just isn’t a reality at the moment. If the customers without broadband were neglected in such a way, it would be incredibly easy for someone else to come in and scoop up that customer base, something none of the Big Three want. In the next generation I think we’ll definitely see a movement toward more digital content, but I don’t think you’ll see any consoles go completely digital until at least the generation after next.

5. The world is ready for more Seaman. 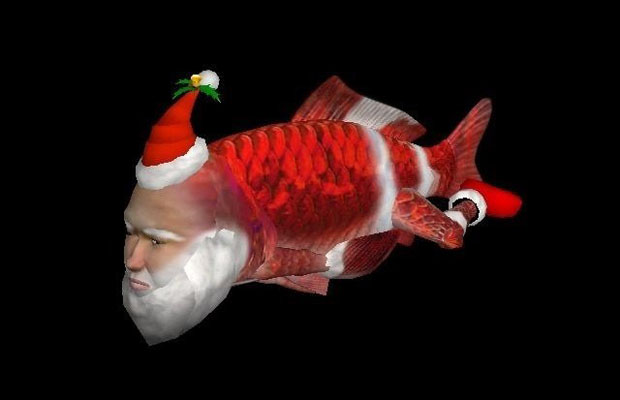 Dan: What the…? Seaman? Seriously? Other than Leonard Nimoy narrating the stupid thing, why does anyone care? I doubt anyone would even remember it if it wasn’t for Screwattack talking about it in their Video Game Vault a few years back. WHY IS THIS A THING.

Michael: Japan, I love you, but get some help. Please.

Do you own or write for a videogame website or blog? Are you a member of the videogame industry? Do you…at least work at GameStop, or something? Well then, you’re just what we’re looking for! E-mail Editor-in-Chief Paul Franzen for details about participating in “Versus Mode.”

A gallery of some costumes seen at PAX East 2010, complete with silly captions.