This just in from Court-Records.net, which is actively translating the original article from Famitsu as I type this.

Ace Attorney 5, which was announced by Capcom back in January with no details other than “it’s a thing for the 3DS,” will once again feature the be-spiked defense attorney in the lead role—possibly with a mysterious new teenage girl as his sidekick. 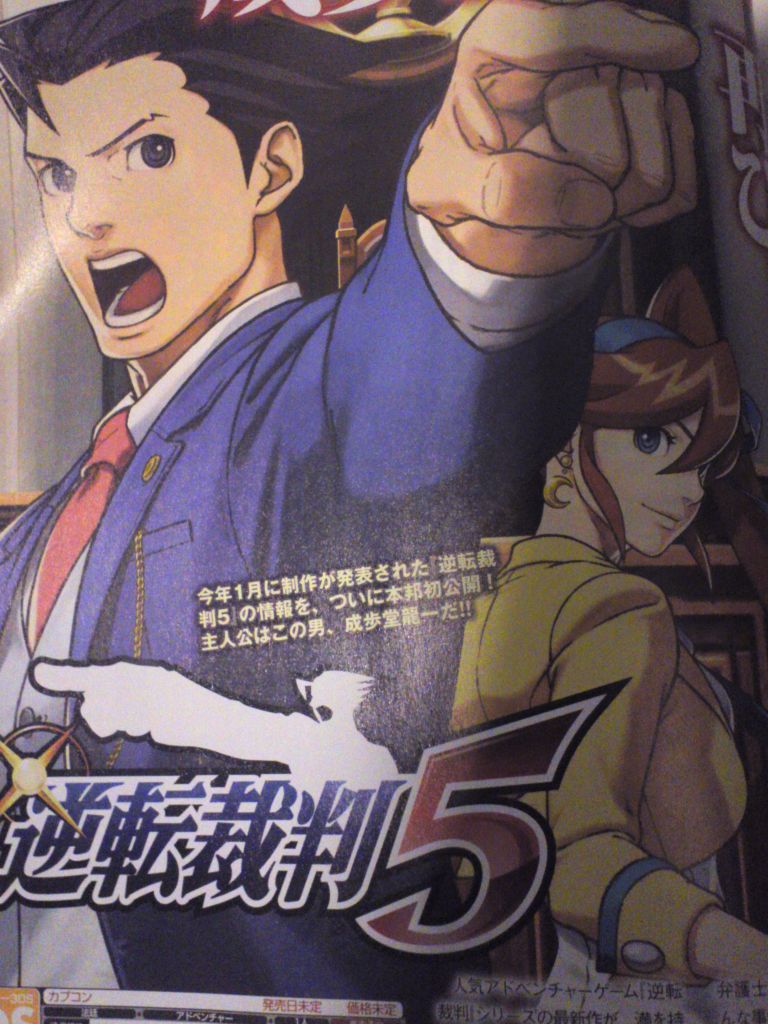 Details are still pretty scarce; here’s what we know:

The Lufia series. What words can describe the perfection achieved by three of the greatest games of all time. Oh, I know, "Perfection." Now, granted, perfection is a pretty strong word to use, but if ...