Those of you who’ve been around the ol’ ‘Cola for a while have read (or heard!) that I really enjoy technical limitations. They’re what flavored old consoles—why you have sprite flicker on the old NES, why you only get four weird shades of green on the old Game Boy, and why you can tell a Sega Genesis game just by listening to it. Outside of loading times and exact polygon count, you don’t get those kinds of major, literally game-changing differences between the newest PlayStation and Xbox.

On top of just the curiosity of it all, developing under limitations can be fun on its own! There’s a challenge to making the most with what you have, and honestly, the limitations often keep you from worrying too much about certain choices. There’s no need to worry about which graphics library has the best balance of performance to learning curve when there’s only one to choose from. You can focus on getting good at what’s there and actually producing a game.

That’s why I was so excited when I stumbled across PICO-8. 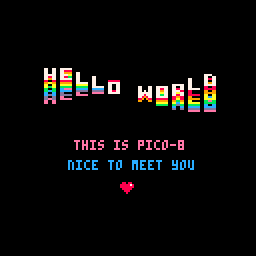 PICO-8 calls itself a “fantasy console”—a platform for sharing and making tiny indie games. Everything you need to make games is included, from coding to art to sound and music, and it’s specifically built with strict (but reasonable) limitations. 16 colors, sprites that are 8 x 8 pixels, a screen size of 128 x 128…not to mention a max of 15,400 bytes’ worth of Lua code. Considering that Pizzarian took about that many lines’ worth of C# code, you’re unlikely to see any games lasting more than five or 10 minutes. What you do see, however, is a great amount of fun and creativity.

For what it is, the system is incredibly powerful. We’re not just talking about ports of classic games, retro walking simulators, or even just simple shooters; you have games like this interesting take on Lemmings, and this demo showing that 3D rendering is (technically) possible. Don’t underestimate what people are able to do for free in their spare time! 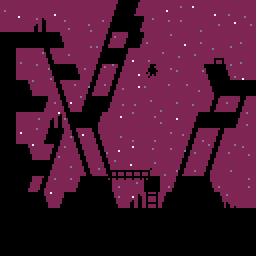 One of the coolest things for me is actually how the games themselves are stored. The entire game is stored inside a PNG file that also acts as the box art. Adding a payload to an image file is nothing entirely new on the internet, but I really appreciate the clever use here.

So, how do you get started making your own games with PICO-8? As much as I may enjoy this tiny 2D game platform, it’s actually a spinoff of a similar, larger 3D fantasy console: Voxatron. Voxatron is basically the same concept, putting a set of development tools into a game player that loads data from special PNG images, but using voxels instead of pixels—that is, 3D instead of 2D. In order to get PICO-8, you have to purchase a license for Voxatron for $20.

Some people may balk at the price, especially considering the number of free game-development frameworks out there, but I feel like it’s well worth supporting the developer. On top of that, paygates can help prevent the flood of poor-quality games we see on other systems, although lack of visibility also plays a factor here. The quiet, high-quality atmosphere around their site is pretty nice at the moment, but we’ll see if that lasts into the future.

I’d really like to see where these systems go from here. PICO-8 seems to be only a few months old, but Voxatron has been in development for a few years. The creators really have something here, and it’d be cool to see it take off! It’s definitely something I’ll be keeping my eye on.

Some videogames to remember from a year we'd like to forget.