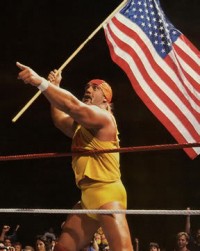 A few years ago, I uncovered what has been bothering me for many years now: Hoganlessness. Over five years have passed, and I was wondering if Hoganlessness is still a problem today. What’s happened with Hulk Hogan over the years? Well, he hosted the short-lived revival of American Gladiators. I, for one, enjoyed it, but it unfortunately didn’t have the allure of the 1980s iteration. Very recently, he was banished from the WWE (WWF) Hall of Fame for a radio interview that was dug up where he was recalling some debatable racist remarks when recounting the past.

So, is Hulk Hogan slowly slipping in to obscurity? Not if I have anything to say about it! But we’re probably not going to see a new Super Nintendo game with him in it.

I wanted to revisit Hogan, though, and determine if his presence in a game automatically made it “best in class”. I recently busted out my SNES copy of WWF Royal Rumble. As you may recall from 5 years ago, I reported how Hogan was missing from this version, but was present in the Genesis version. I never gave the Genesis version a chance. Was I ashamed to have the version of the game that did not have Hogan? Was I not a real American? Or, did I simply not own a Genesis? Well, I got a hold of the Genesis copy and wanted to give it a shot. I needed a blow-by-blow comparison of the two titles, to see if having Hogan really made it better.

The roster is fairly different on the two titles. The SNES version has Ric Flair, Ted DiBiase, Yokozuna, and Tatanka, while the Genesis has Hogan, IRS, Hacksaw Jim Duggen, and Papa Shango. Strange how they broke up the Money Inc. tag team between two systems. So I booted up the game and did a one-on-one match as Hogan. 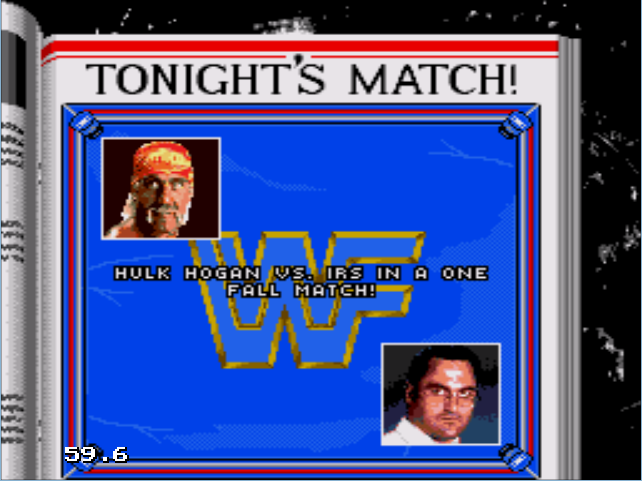 I was immediately reminded of the crappy sound quality in comparison with the SNES. Yes, I was Hogan, and yes, his theme music was playing on the title screen, but it was that awful, tinny Genesis music that made me want to go back to the SNES version. 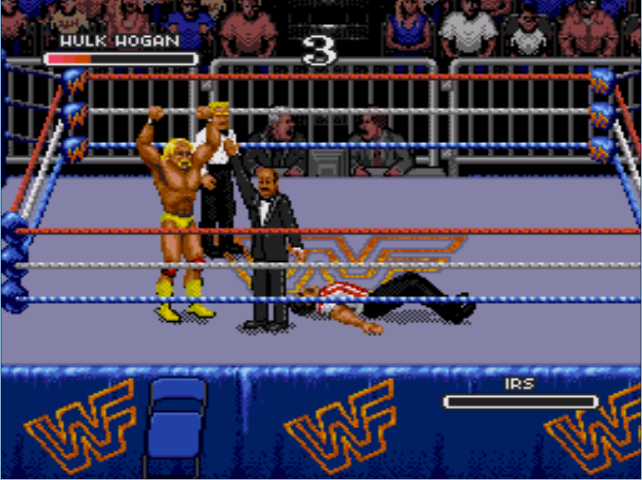 But ignoring the deficient sound of the Genesis version, there wasn’t anything that was screaming awesomeness simply by having Hogan present in the game. So, what does that mean for 2015? Hogan is important, but perhaps not as important as I once thought. I need to do some serious thinking about my life…