Paul… PAUL! What is this? You never warned us about this…”Staff Battle.” Did you? I don’t think you did.

And, I notice that you were CONVENIENTLY left out of the game! Or, are you going to be like the end boss that the winner has to fight or something?

Paul: Clearly, it was to be ASSUMED that you’d have to fight to the death with someone at some point. After all, what kinda gaming newsletter would we be otherwise, eh?

And, no, sadly, I will not be making an appearance in this tournament. I’m running the whole thing, and I would easily crush all you mere mortals, so I figured it was a bad idea.

Good luck in your upcoming deathmatch against Kevin!

So what if I don’t know these staff members and I haven’t read their stuff and and I just pick the person of importance by their picture…Christina Dickson looks so innocent up there…how could I possibly vote against her with a picture like that?

Paul: See, I totally thought of that! The links under their links take you to brief bios about what they did with GameCola, with links to whatever they wrote if they wrote for us.

You guys just remember when my name comes up for battle that I sat through Bible Adventures, Bronkie the Bronchiasaurus and Fox’s Peter Pan and The Pirates for you. I’m still trying to shake the soul-crushing despair they’ve caused.

Gina: Don’t worry Christian! I haven’t forgot about Bible Adventures…I am still laughing at your own senseless act of sacrifice for this blasted newsletter. But I still enjoyed myself. A lot on that one…yeah I noticed Paul just now since I wasn’t afraid to click on a link for once in my miserable life.

For my part, when you see my picture up there—one that needs to direly be changed, PAUL—please remember all the comments I made on all your articles. Especially the ones where I was trying to be funny and failed miserably.

Gina has written a lame article entitled Link’s Burden for the last few months which most people have avoided at all costs for the sake of their sanity. She recently, after a missing a month or two posting up anything at all, has now relegated herself to the land of reviewers.

Who the hell is Neal? He isn’t even on the staff! Oh well, I didn’t even have a chance to vote for myself…typical, a mad scientist is always ousted. I mean, where is the Monarch when I need him!

Thank goodness for the square hat. Now your parents can afford a long deserved vacation

Congratulations on your graduation! Not to mention the job. That’s a pretty sweet deal. And, it’s all thanks to the Internet!

Congratulations! You are now facing unemployment like yours truly…wait, you say you have a job as a copy editor…crap, I guess I have to be nice to you now. 🙂

Why are you unearthing ancient photos of me!

I like that I’m on the left with cat ears and glasses, like the Versus Mode title bar at the top.

Ummm…I can tell you what Virtual Rape is…it involves long nights of Shenmue, in any form.

Oh man, I laughed so hard when I read about that virtual rape thing. If you’re the victim of a rape where all you had to do to repel your attacker is press Esc, you probably deserved anything you got.

Sounds like an interesting game…I should check it out sometime.

I have many fond memories of this game. Alex is totally right that the AI is a joke compared to modern standards, but it’s still a sweet game. 🙂

Alex: It’s a great game! And, the bad AI just leads to more “Strategy”. Like attacking the enemy harvester with infantry so that it would crush them and stop harvesting(Forever!).

My favorite thing to do, though, was to watch the path that enemy units would use to reach my base. I’d set up a tunnel of units directly along that path, just far enough away from my base so that the enemies would die before they could attack. By the time that the AI would realize it was getting shot, it would be almost dead to begin with.

Paul’s review of Final Fantasy I for GBA

Only reviewed half of a game this month? Someone is slacking!

I was about to say, if you compare the game to any other NES games of the time, it’s pretty amazing. I mean, compared to Dragon Warrior, in which you get such great commands as DOOR and STAIRS, I think the original Final Fantasy did pretty good

Also, if you are a masochist (that is to say, if you decide to play the game again), you’ll likely notice that the game really is entirely about leveling up, in a normal game.

Hurray for long comments!!! I actually made this shorter, too.

I had the frustrating experience while reading this review that you were comparing this RP game to present quality games.

I may be presuming too much, but I hope you indeed do know that there was a reason the initial Final Fantasy game was called “Final.”

This game is a testament to fan love winning over the odds since I found Logo programming more interesting at this period in gaming history.

Paul: See, though, the reason I was comparing it to current RPGs is because I was reviewing the GBA version, and thus comparing it to other GBA games. Had I been reviewing it for the NES, chances are it would’ve fared a bit better.

Travis’ review of The Punisher for MXB

See, this is why you should always do your articles early! Also, this review gets a gold star for mentioning Dolph Lundgren.

Travis: Dolph? Are you kidding? I though for sure I’d get comments about Halloween III!

I’ve decided you must be punished.

Being a Rodenberry guru I am offended. Being a gaming aficionado, I feel a great sympathy. I haven’t played a Star Trek game since the NES.

You know, I’m glad for this review, because I always wondered what was so great and different about the new Pokémon games. I played the original and it was fun, but I couldn’t picture myself putting up the money to buy what appeared to be the exact same game, repackaged with too many new monsters when you already never used 90% of the Pokémon when you only had 150. Now I know that I’m really not missing out on anything!

I suppose if you count the MAGNIFICENT Infernape as nothing, then yes I guess you aren’t missing out on anything.

I was talking to my BF about the next phase of Pokémon’s grow richer scheme and I was like, “Pearl? What the hell is the difference? A Pokémon is a Pokémon .”

Then again, color coated things are usually for the impaired and may help children learn grammar.

And, here, the only Taito game I think I’ve ever played was Lufia. I never knew they made so many other games.

Gina: Yeah, I hadn’t really heard too much about them either but I think the company was more popular in Japan

You’d be surprised how many classics Taito is behind. Space Invaders and Bubble Bobble to name two. Worst game on Taito Legends 2 is easily Nastar. Ugh, so frustratingly bad. Lots of gems on this one too, though.

Gina: Doesn’t Nastar say enough? I don’t know if I would give anything a name like that a chance.

Cheat Codes for Getting Out of Your Damn House

You were the Nelson of our Simpsons. Always making fun of us, but still a lovable addition to our
crew.

In the end, all things must come to pass. It was good to be made fun of by you in the short time we had together. May you make fun of many more people, wherever you go from here!

Why in the world would you even consider leaving? I think you were one of the few people to challenge me on my bullshit comments. We need more people like you on here. You’re smart, intelligent and overlooked. Wait a sec…

I think I played this game and I couldn’t get past the monster guarding the castle. I didn’t know if it were I sucked at the puzzle or if you just didn’t get to making it yet…can you let me know? Thanks 🙂

Michael: The way to get past the monster is this:

Try to get past the monster to learn you can’t. Then ask the Artie the kilt man about it, and he gives you a magic rock. Go north and talk to the animal, and then the vine. You need to cut the vine, so use the knife in the gumball machine in Paul’s room.

To get the knife out of the gumball machine, you have to use a quarter, and then a poker chip on the gumball machine. The quarter is in Paul’s important things drawer. The poker chip is in Artie’s game room, which you can enter if you give Artie enough Spasm (the soda in Paul’s closet). Use the knife on the vine, then give the vine to the monster. The monster lets you pass.

Getting past the stream is another puzzle.

Elizabeth: Thanks for your feedback! It’s really gratifying to know that something I did actually makes sense to other people. 😉

Yargh. Ribbit King and Dungeon Runners might be something I check out. Why haven’t I noticed your articles before? That must of been the months I was on downers.

Didn’t I see a Berenstein Bears video game at one point? I find that whole franchise very out-of-date and old school.

Christian: Yeah, there was a Genesis and a GBA incarnation of Berenstein Bears. Both out-of-date but the GBA one much moreso. I also forgot Gilligan’s Island for the NES. If I find a few others I might bring this category back when I run out of ideas (next month).

Being a long time lover of Magic The Gathering I can say I get upset at all the new benefits new cards give sometimes. But for me it is still about the human element…the only card fighting game I ever loved on handheld was for Neo Geo Pocket Color and I’m probably one of forty people who own that handheld. 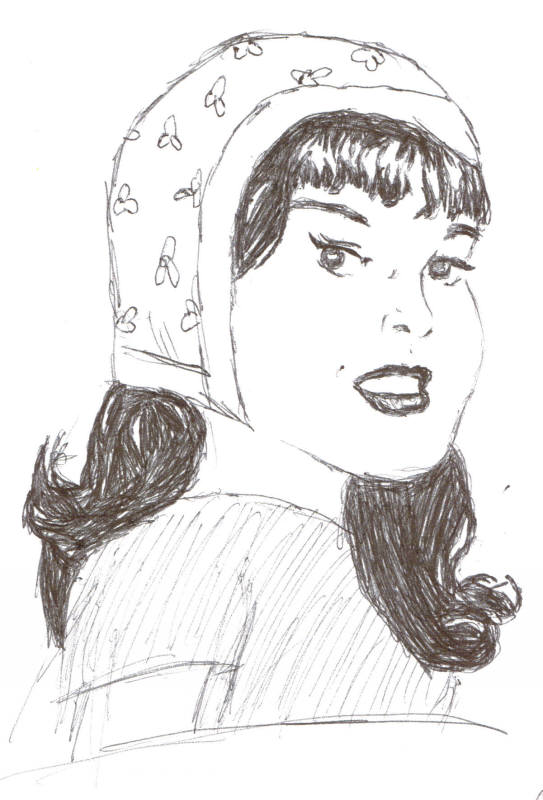 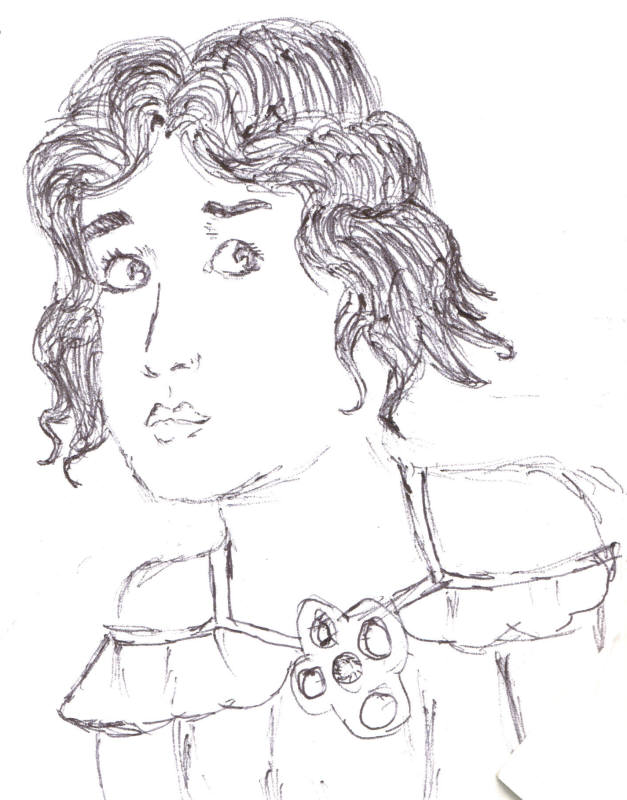 Don't let the graphics fool you—you're in for quite a ride.