The past few weeks have seen an explosion in news about free-to-play games. Tons of big-name games have gone, or are going, free-to-play, and cheap bastards like me couldn’t be happier. PlayStation 3 has launched a free-to-play game, Valve has started carrying free-to-play games, and even stingy ol’ Microsoft is looking into offering up free-to-play on their console. Hopefully this time, they don’t quit on it after one season.

But enough of my bitter grudges. What are these free games, and how can you play them? 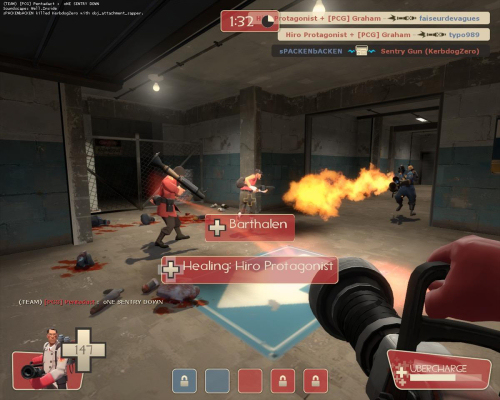 Free-to-play isn’t just for Korean anime MMOs—it’s also for Valve’s beloved class-based FPS and GameCola’s #16 best game ever, Team Fortress 2. I am by no means a huge FPS buff, but I completely adore TF2 and have been playing it nonstop on the Xbox for the past four years. It’s a masterpiece of a game and should be used in educational facilities as an example of how to do level design and player balancing properly. Unfortunately, I’m part of a minority that doesn’t like playing FPS games with a mouse and keyboard, so I miss out on the vast majority of content for this game by playing it on a console; but that doesn’t mean that YOU have to.

Now, you may be thinking “why’s it free? Are my free weapons going to be pea shooters and paid users are going to have ultimo death-guns?” The answer is “no.” You won’t be penalized in any way. Valve is offering this for free because the more people they get to play, the more people they’ll get to purchase from TF2‘s enormous virtual haberdashery. Yes, that’s right: In an extreme case of giving away the razor to sell the blades, this game has gone free, because Valve knows they’ll make money hand-over-fist selling people virtual hats.

What do these hats do in-game? Nothing but sit on your head and look pretty.

How many hats are available? It puts Hatris to shame. 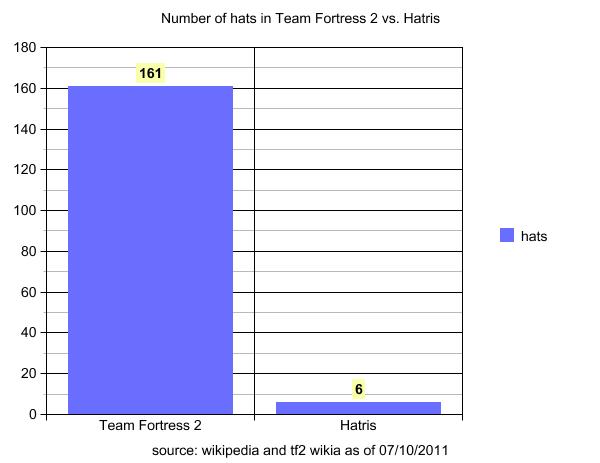 Have you ever daydreamed about flying around your city, shooting fireballs out of your hands while wielding a huge sword?

But, your losery prayers have been answered, and the premiere hero (not superhero, mind you, because that term is owned by Marvel and DC) MMO is going free-to-play in City of Heroes Freedom. There will be different membership levels, and paying a monthly fee will give you a VIP membership. Free members will be able to do most important things, but they’ll be excluded from some. For example, they won’t be able to join groups, and they won’t be able to use the game’s auction house. 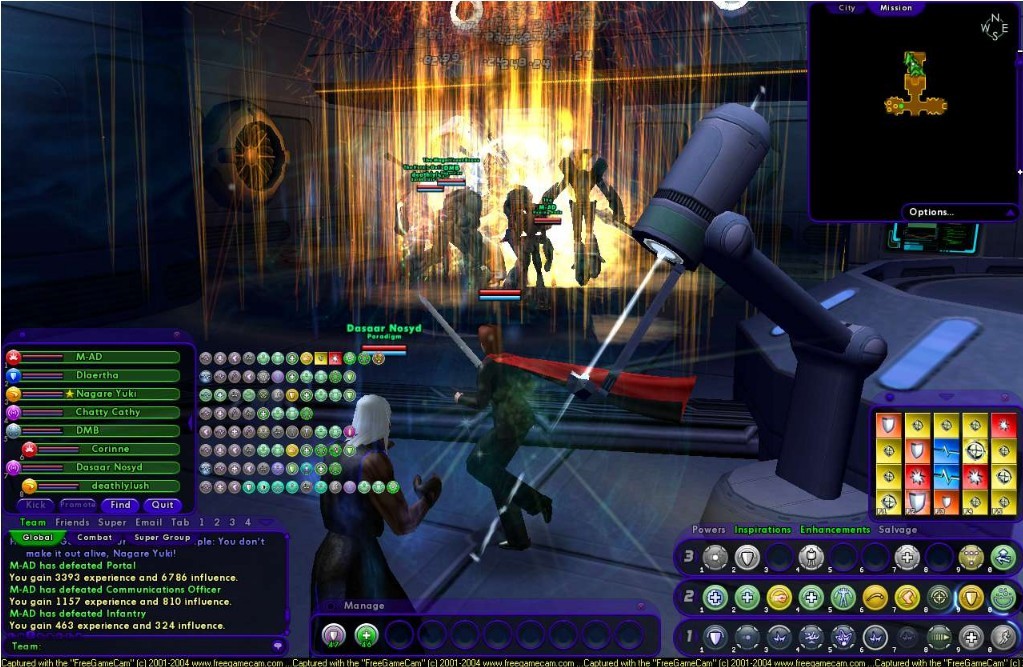 This game is good at making their map insets look like wieners.

So that’s a bit lame, but free players will still have access to all the normal powers and the same level cap, and the game hasn’t been broken or made so that free players become meat for the VIPs; there’s just a few reasonable rewards available to VIP accounts.

City of Heroes Freedom will be rolling out later this year.

Of course, if you can’t wait to get your hero on, you can always go with Champions Online. I’ve always felt that this game is kind of a poor man’s City of Heroes, but you can’t argue with free. Champions is one of Steam’s newest free-to-play offerings and is available now. 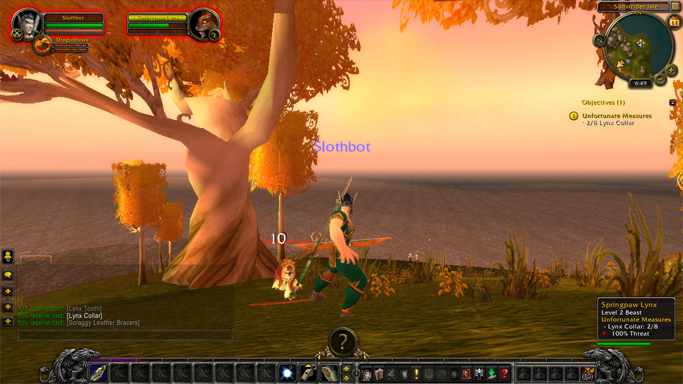 OK, so WoW isn’t going truly free-to-play, but it is now free up to level 20. And if you’re anything like me, you’re going to get so tired of endlessly killing skeletons and boars that you’re NEVER going to make it to level 20, anyway. If, however, you’re like the millions of people who play this game religiously and abandon all other life responsibilities in pursuit of fictional daggers and tunics, then perhaps you should leave this digital heroin alone before you blow all your disposable income on it.

If you’ve been looking for a game that masterfully combines smelting, mining, cooking, and soccer, then, first of all, what the hell is wrong with you? And, second, congratulations—Free Realms is available on PC and PS3. There’s certainly no lack of activities in this game; adding to the above there’s also fishing, chess, fighting, and kart racing, just to name a few of the minigames available.

Free Realms also has a big puritan streak. Granted, I can understand why they rejected my first choice for a character name—Rapist McGillicuddy—but I don’t see why they’d reject Rutherford Q Murderpants just because of the word “murder.” Seems like overkill. Free Realms may not attract core gamers with its sugary sweet design and extreme simplicity (for example, fishing is done by pressing square to cast and pressing it again to reel in—that’s it), but if you’re looking for an idle timesuck, you may find yourself unexpectedly enjoying this game.

How to avoid being put on your local sex offender registry, Lesson One: Create an alias.

Are you a 9-year-old girl who likes fetch quests? Stop lying. You are not, and nobody likes fetch quests. However, some people will indulge in any kind of overpriced crap that has Hello Kitty’s face slapped on it. 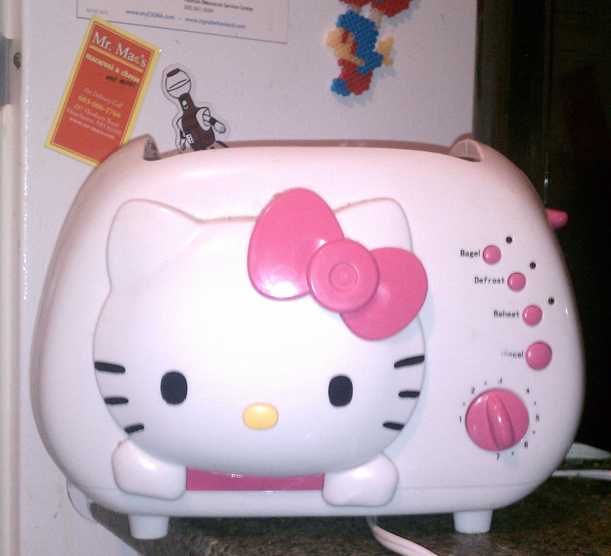 Pictured: Overpriced crap that has Hello Kitty’s face
slapped on it.

Admittedly, I didn’t play this game for too long, but for the 40 minutes or so that I did it was nothing but wandering fetch quests. I ended up quitting on the game once somebody who I can only assume was an actual 9-year-old girl asked me to be her friend. I agreed and added her to my friends list to be nice, then I logged out of the game to avoid ever having to tell her that I am an overweight, unshaven, creepy 30-year-old man spending my night playing a game in which I have to deliver flowers from Keroppi to Chococat.

Then I re-evaluated my life and what wrong turns I’ve made to end up in this predicament in the first place, and proceeded to sob. 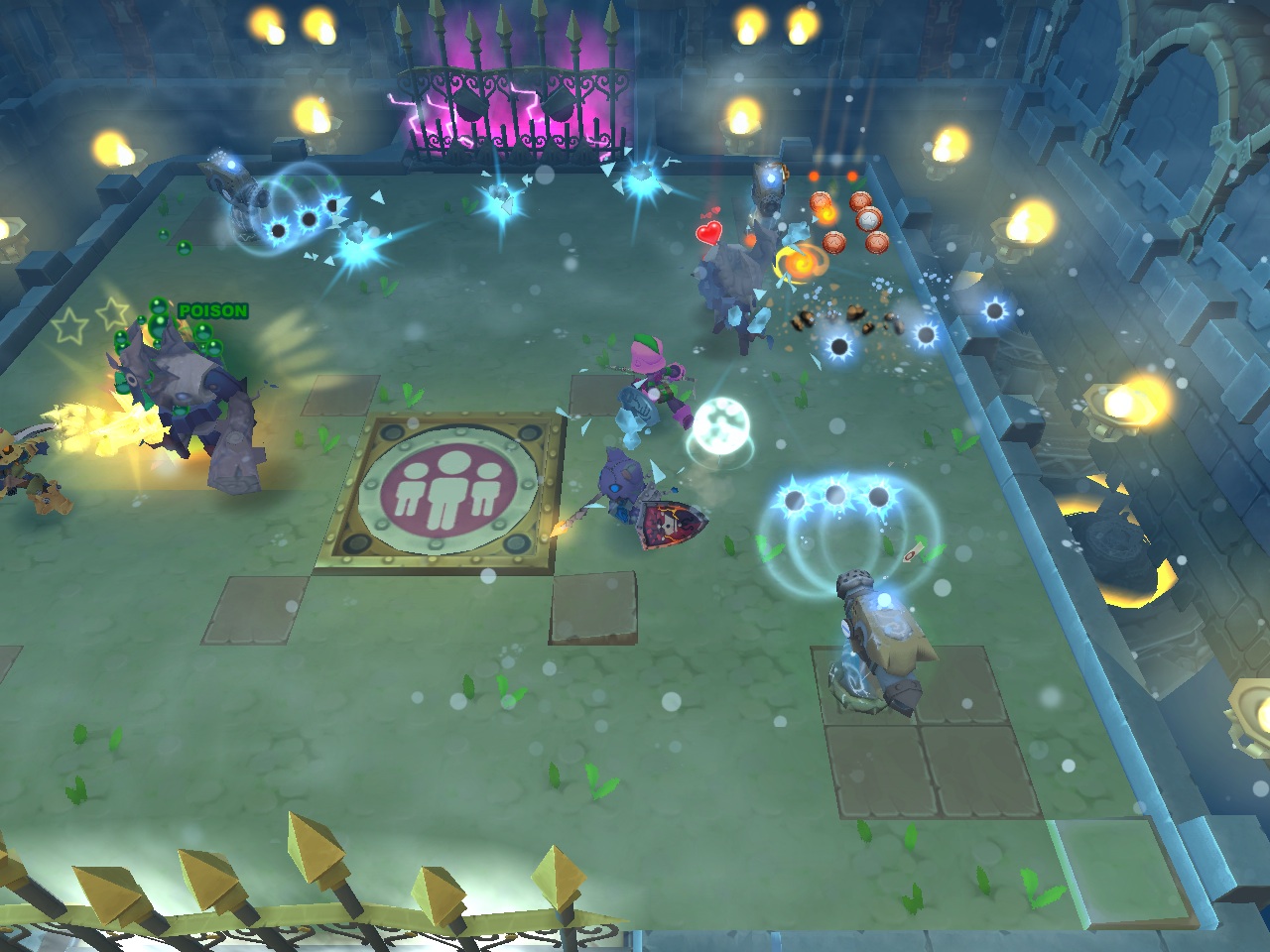 Spiral Knights is Sega’s foray into the free-to-play MMO world, and it plays like a simplistic combination of Phantasy Star Online and Zelda 1 in which you play as a steampunk Jawa. This one’s an action co-op MMORPG, so be sure to bring a modicum of social skills, fellow soloers. I only played this one for a little while, but from what I played it was a very addictive game.

The only issue I had was that, unbeknownst to me, the game automatically utilizes any microphone that you have connected. Unfortunately, I only realized that my microphone was on after receiving a surprising bite from my 16-month-old son, Max, and I yelled “Oh Christ, Max, stop trying to bite my frigging nipple! What the hell is wrong with you, you creepy baby?!”

I then realized that my mic was on and broadcasting, so I did the only thing a rational adult could do—I left the game and never logged back in again, making this the second game I’ve abandoned out of shame.

For those of us who don’t care for an endless grind and would prefer to get right in there and shoot people in the face, there’s the 2D action game Metal Assault. Resembling kind of an online Metal Slug, Metal Assault allows you to wield a pistol, machine gun, shotgun, rocket launcher or pilot a tank or artillery cannon to blow apart either human opponents or NPCs. Recommended for anybody who, understandably, just doesn’t have the patience for most MMORPGs. 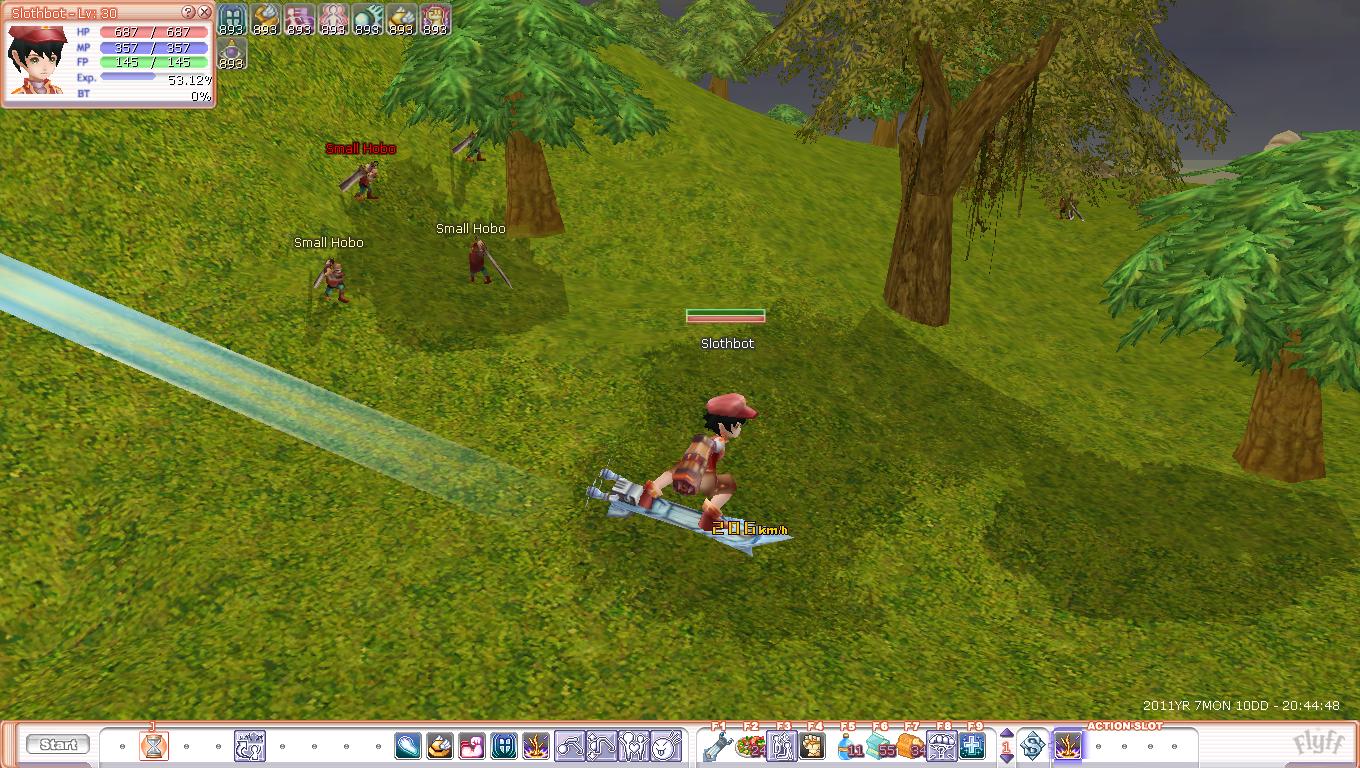 This isn’t the first time I’ve mentioned Fly for Fun, and for good reason. While most of these games I grow tired of and stop playing after a few hours, FlyFF I’ve been playing on and off since 2008. Quite a feat for someone who generally doesn’t have the attention span required for MMOs. Frankly, I don’t even know why I like the game so much. The anime art style is par for the free-to-play course, the storyline is weak, the gameplay is samey and grindy as hell; so what keeps me coming back? Oh wait, I remember. Hoverboards.

Also, Gpotato, the company that runs the game, doesn’t ruin the game by charging for important items. Usually you pay for decorative items and maybe a few non-essential items that might make questing a bit easier, like faster hoverboards and such. It’s worth giving a try.

You don’t need to have a PC to play MMORPGs anymore. Now, thanks to modern technology, even active people with lives can have no life and play Pocket Legends on their Android phone and all iThingees.

You start the game by choosing Warrior, Ranger or Mage. I went with Warrior, which I found out is a bear. This immediately triggered my furry alarm, and I was ready to shut off this game and never play it again, and possibly burn my phone the second any of my fellow players mentioned anything about a “yiffpile.” Thankfully, this never happened, and I was able to continue playing. I didn’t expect much from a MMO on my phone, but it’s surprisingly fun, and leveling up adds a sense of accomplishment to normally mundane tasks like taking a big dump. 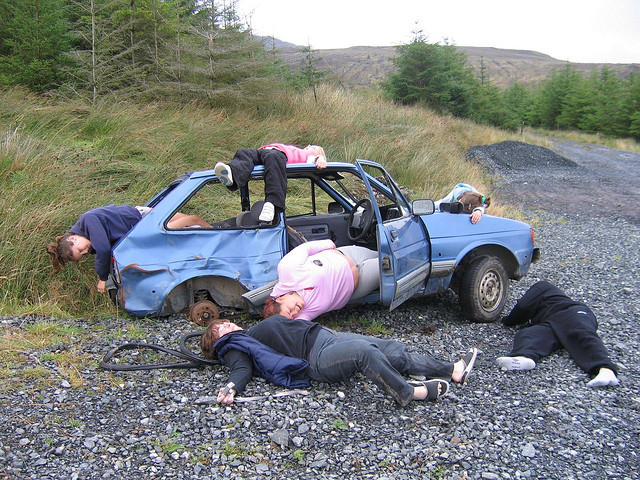 Finally, MMOs on the go! Thanks, Pocket Legends!

Now go and enjoy this treasure trove of freeness.

If you're like me, you probably sit for hours in your living room looking at your old, dusty games and toys, reliving that great Christmasukkah of 1996 when you unwrapped your very first Tickle Me Elm