This month we mourn the loss of our former Editor-In-Chief, Paul Franzen, but also celebrate Alex “Jeddy” Jedraszczak in his new role as GameCola Editor-In-Chief. What better way to commemorate this staff crossover than with a Q&AmeCola about crossovers, which totally isn’t just a tacked-on way to pretend this was a decision based on current GameCola events rather than just happening to be the one we were going to do this month anyway. 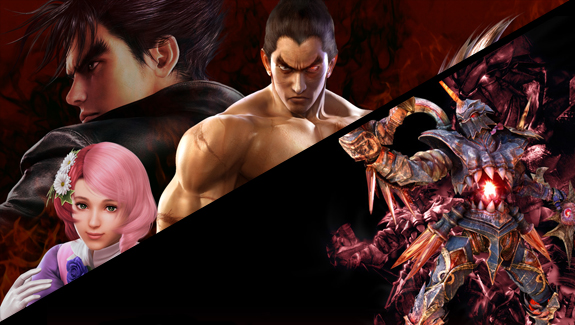 Imagine it. A Soul Calibur game with the amazing Critical Finishes and special moves, but with the bounds, wall and balcony breaks from Tekken—a perfect marriage.

Dr. Abel and Dr. Bosconovitch create a time machine which is powered by the fragments of Soul Edge that Heihachi found buried (in Soulcalibur II). The machine opens a portal, and pulls the fighters from the Soul series into Tekken, along with the sword that powers everything, the mythical and legendary Soul Edge. Jin steals the Soul Edge, and announces the first ever King of Iron Soul tournament, the winner will inherit the Mishima Empire AND the Soul Edge itself.

Think of the possibilities—you’d have Yoshimitsu as the “main character” this time, tying the two franchises together. Then you’d have the Mishima Zaibatsu and G Corporation vying for control of Soul Edge, meanwhile Ogre and Inferno are locked in a battle of flames. Zazalamel is called upon to fix and correct the flow of time, Taki notices a disturbance in the ether, Voldo does his usual Voldo-like things…

You know how the Soul Calibur games have their own character creation and customization modes? How about that, but allowing us to use fighting styles and clothing accessories of the Tekken characters? How awesome would it be? They could cross the two fighting styles, and include an updated Combot whose moves can be customized to include those of Soul Calibur characters. Because both franchises are Namco, could we finally see Klonoa the Dream Traveler playable? 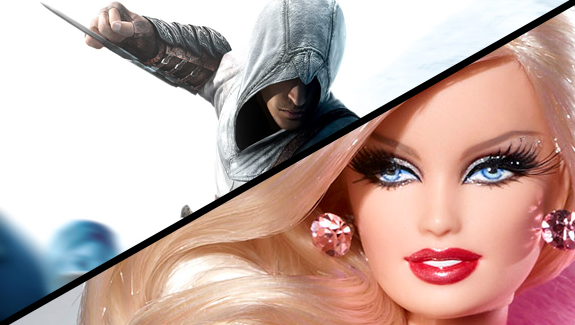 A Barbie game and Assassin’s Creed. Just let that sink in, an assassin running around murdering Barbie and her friends. Just think about it. 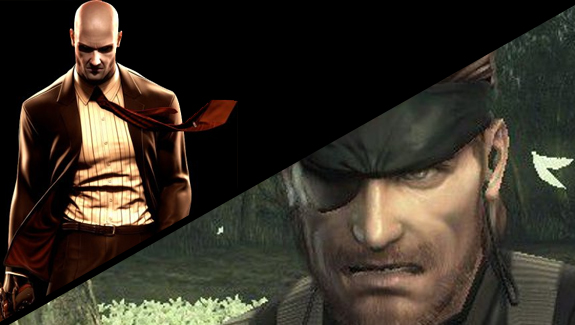 Some time ago, I fantasized about these two characters meeting each other; since they are both perfectly engineered clones, designed to be the most effective operatives in their respective fields (the subtle art of killing/knocking people out), so I wondered if they’d ever face each other while trying to uncover another cloning plot trying to take over the world or whatever.

Then I actually played the Metal Gear Solid series.

I always thought that Metal Gear was some kind of down-to-earth science fiction game series, but then I saw that it is actually a really bizarre universe that includes (but is not limited to) ninja robots, strange mutant people who just don’t die, impossible war-machines, and a fat dude on rollerblades; I mean it’s great and all, but it’s the kind of weirdness that should be concealed within its own game, and not tarnish other franchises trying to make sense how would they actually fit into the same storyline. 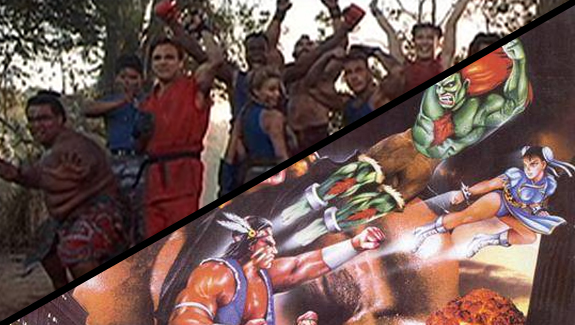 Confused, she takes it to a local GameStop for more information. There, she finds Street Fighter: The Movie (the game) sitting on a shelf. She seeks out her friends from the past movie, realizing that they’ve crossed their plane of existence into some uber-meta reality where they are both based on a video game and the basis of another video game. In light of recent events, she uses her globe trotting experience as a mild mannered news reporter and gives up the microphone for a short skirt and insane backflips. The trailer ends with a tall, muscular man sitting in the dark, playing Street Fighter 4, and has a silhouette not unlike the great M. Bison himself! 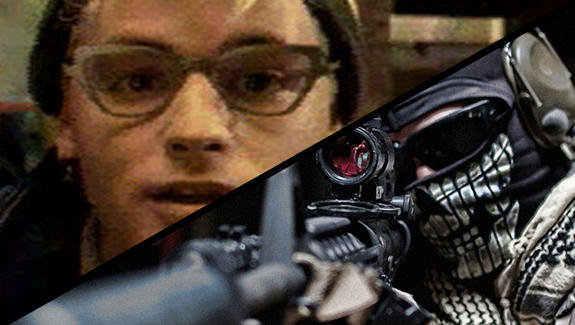 Oh, you’re under heavy fire in an abandoned Sri Lankan factory with nothing to get you out of the situation but your silenced, red dot sight FAMAS and a few flashbangs? That’s adorable. You are such a cutie.

I, on the other hand, am working from a remote control room, activating trapdoors all around you, capturing you and perhaps your enemies in my nonlethal floor traps with reckless abandon. I have no stake in your battle. I don’t care who wins. I don’t care who loses.

So, why get involved?

Now go stand on that oddly colored floor tile in front of the completely un-suspicious statue that absolutely won’t push you into a pit when activated, please. 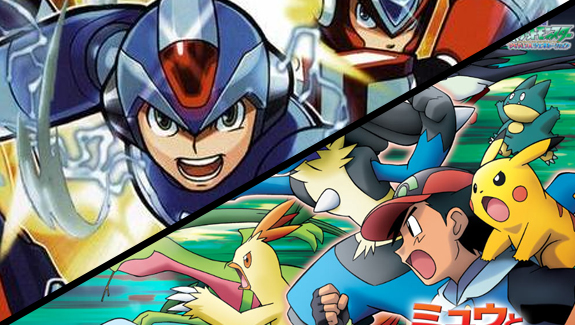 I’d like to see a crossover between Pokemon and the Mega Man series. Pokemon has great strategy and depth, but the cutesy look puts off a lot of gamers who dismiss it as “kid stuff”. Adding in robots and explosions could change all that. Instead of mythical cute monsters, think of turn-based battles between robot masters, each with their own special abilities and moves.

Okay, maybe that’s not such a great idea. 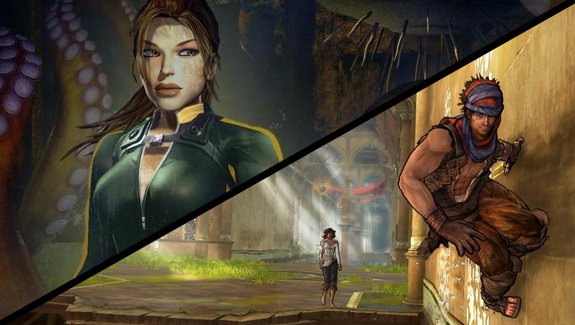 I’m sure that Big Nose the Caveman Meets The Flinstones has already been taken, as well as Bill and Ted Visit Monkey Island. I guess that leaves me with the Animorphs and Harry Potter visual novel.

Actually, you know what? I’m going to make my decision, based on gameplay. When I first played Tomb Raider, my reaction was, “Hey, it’s just like Prince of Persia, only with worse controls!”. So maybe those two series would make a good crossover. I also wouldn’t say no to Indiana Jones and Lara Croft: Raiders of the Lost Tomb. 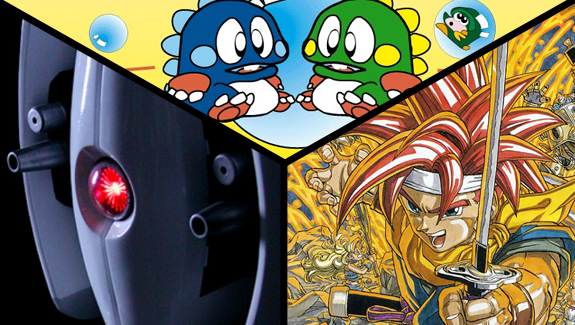 I’d love to play a Bubble Bobble/Portal/Chrono Trigger mashup. Something where you’re a little dragon thing blowing bubbles and portals across time to solve puzzles and eat delicious candy that falls from the sky. Or time eggs that boost how far back in time you can go. I’d love to see it in a top-down 3D handheld device, too, a la the new Zelda game style.

Have some questions to ask the GameCola staff? Ask in the comments below and we’ll probably use your question in a future column, unless it’s super dumb.