Collectors of rare videos and GameCola history aficionados are in for a treat today because we have a piece of GameCola history right here: the last contribution Paul Franzen made to the site before disappearing off into the woods to write My Little Pony fanfiction. You know what they say, though: all good things must end, and also terrible things, too, like wars and referring to yourself as the “Pony Pros”. With Paul gone, it is officially time to say goodbye to the Pony Pros, destroy the moniker, set it on fire, and bury it in some unmarked tomb to never be found again.

While we cry manly tears for the departure of Paul and his magnificent beard, join us in our playthrough of the 999 sequel (and much better game) Zero Escape: Virtue’s Last Reward. If you needed any other reason to watch these videos (is honoring Paul’s legacy not enough, YOU MONSTER?), check out all the content you can find in the first three videos of our however-long-this-takes series:

All the sexy, sexy content is just a click away. Plus cavewoman hookers! How could you say no to cavewoman hookers? Just check below for all the Virtue’s Last Reward goodness you could possibly want. [Editor’s note: And click here for some surplus goodness.] Come join us. We know you want to. 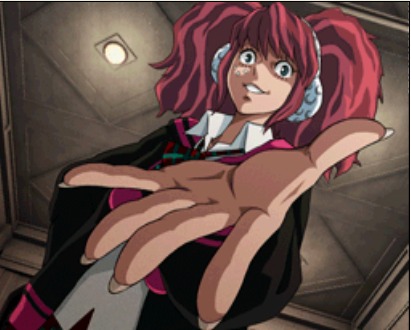 How could you say no to that face?

Here's the movie-based videogame that nobody wanted, or expected! Prepare to be sickened, amazed and bewildered by Little Nicky, the game where you can play as the son of Satan himself! The movie this