What defines a great console? The graphics? The games? A curved lunchbox handle? We all have game consoles that we hold dear and true to our hearts. But what about the rejects? The consoles on which we shelled out our hard earned birthday money from grandma only to realize that we just bought a poor excuse for a home entertainment machine? Did you get suckered into dreams of compact discs, virtual reality, and blast processing? Is it time to shred all the evidence of you owning that console and delete the tech support number from your cell phone?

This month’s question comes from staff member Michael Gray who asks: If you could erase one console from existence, which one would it be and why?

All I ever see when Sega posts any kind of news on their Facebook is a thousand angry voices yelling about wanting a new Shenmue game. When people who share their formative gaming years with myself see a Dreamcast, they wax nostalgic for the system—oh, it was the best console ever, so ahead of its time, such great games.

The Sega Dreamcast is a beautiful failure. The very first model allowed players to run copied discs; what a joke. Games had areas locked off unless you were connected to the Internet, and do you realize how expensive dial-up was back then? Why did the memory card need buttons and a screen, it’s just a waste of batteries. Why did the memory card beep so loud all the time when turning the console on?!

You couldn’t even have covert night sessions playing Dangerous Toys or something because the console beeps loudly and the disc drive whirrs relentlessly and sounds like a typewriter coughing up blood. But no, the console lives on as “fond” memories—but it’s nothing more than the fail nail in Sega’s console coffin. 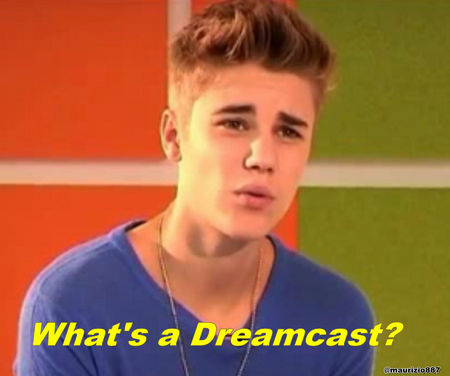 As sacrilegious as this sounds, I’d probably say the GameCube. I’ve found that Nintendo systems are more or less Zelda Machines for us, and Wind Waker is probably one of my least favorite titles in the series. I know a lot of people liked the GameCube, but I feel like it was an unnecessary step between the N64 and the Wii. Also, considering the awesome lineup of games on the PS2 during the same time period, the GameCube was more or less invisible in our house anyway. 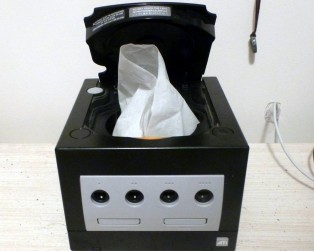 I’m going with the Philips CD-i. The whole console—if it can actually be called that—was just a huge mess, resulting in a billion-dollar loss for the company. It forever reminds us that there’s not just one painfully horrendous Zelda game, but three of them, as well as a dreadful Mario game. With just a handful of moderately tolerable games in its entire library, the CD-i did little aside from proving that not every big name company should attempt to join the videogame industry. When’s the last time you heard someone say “Man, I sure wish I had a CD-i!” that didn’t mean strictly for collecting it? My bet is never.

Wonder why the system was so expensive? These absurdly long infomercials may have something to do with it. I think this is where Apple got the idea for Siri.

The first time I saw a Virtual Boy was in a Blockbuster Video store. They were made for each other…doomed for failure. Doooooooomed! I mean, what was this thing? A video game goggle that wasn’t actually worn on your head and wasn’t the least bit portable like you’d expect. Nintendo doesn’t do a great job at choosing a color for its monochrome systems. Whether it’s the pea-soup green of the original Game Boy or the blood-red soviet shades of the Virtual Boy, burning a single color into your brain for very long is never a good idea. Also, Nintendo released this…thing in 1995. Why didn’t they just wait for the release of the N64 and continue the ride of the GBA/GBA-SP? It’s like they forgot they were even releasing this thing; there’s maybe a dozen games for it, depending on region, they didn’t release it around the world, and they discontinued it in less than a year. Consider yourself lucky, Europe! And, Nesters Funky Bowling? Seriously?! 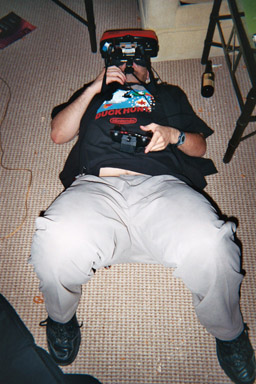 I’m not opposed to mobile devices in general. Those handheld communicators on the original Star Trek are the future, man, and I think we all appreciate having that extra option when we think about ways to irradiate our hips and brains with possibly cancerous radio waves and annoy people in quiet public places. However, I don’t ever recall seeing Captain Kirk using his communicator to call Scotty and then play Angry Birds while waiting to beam up.

It’s all well and good to be able to play games on the go, but iOS games in particular are responsible for a drastic shift in the way game companies do business. Why bother putting all that hard work into a real videogame when we could easily make a couple thousand dollars by slapping together some clip art and pushing it out the door in a matter of hours? Who cares about having more than three minutes of worthwhile gameplay if the game only costs a dollar? Why go to the effort of crafting sequels and spinoffs with an international appeal when we can just flood the Japanese mobile market with games our hardcore English-speaking fans will never see?

Yes, I’m sure there are some legitimately good games that’ve come out for iOS. Hopefully those rays of sunshine will remind both developers and consumers that videogames weren’t invented just to waste our time and money. They were invented to waste lots of time and lots of money, so we’d better darn well get the most out of our games. Either way, I won’t be happy until I own a mobile device that’s sophisticated enough to play any of these games, so I think we’d be much better off if we abolished iOS gaming capabilities in the meantime. 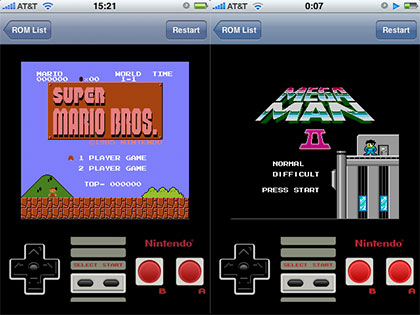 The Sega Genesis, definitely. Despite growing up in the ’90s, I had no contact with the Sega Genesis at all; in fact, I never knew there were non-Nintendo consoles. But now that I’m older, everyone constantly talks about how great the Sega Genesis was. I’m forced to stand there awkwardly and nod my head, pretending I know what Matt Jonas is talking about when goes on and on about Sonic the Pledgehog or whatever.

To save myself social embarrassment, I would remove the Sega Genesis and replace it with the Sega Exodus, or perhaps the Sega Deuteronomy.

That’ll be the Nintendo Wii, please. The console was very popular and it sold like crazy, but that doesn’t mean that it was actually good. After getting this console, you had to settle for a handful of games, and that was it. Nintendo (once again) failed to appeal to third party developers, so you had a very limited selection of good games to choose from.

Not only do I dislike the Wii for becoming the fanciest paperweight ever, but also for being kind of harmful for the overall videogame landscape. This console started this “motion control” infatuation we’re living in till this very day, and while not everything’s bad, I’m sick of being told how I am supposed to play my games, or even browse the game’s menus. Without the Wii, there might not have been a Kinect.

So, I have to tap my shoes three times, or…? Oh, I wasn’t actually making a wish…? 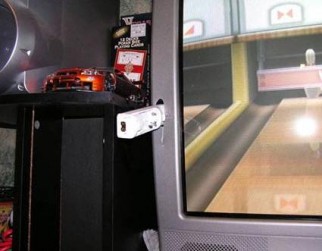 Have a console that you loathe? Have a question you’d like answered in a future edition of “Q&AmeCola”? Let us know in the comments!