Due to fortunate circumstance, your life in Fallen London is about to change for the better. You find yourself at the Wolfstack Docks with your closest friend, most trusted colleague, or otherwise somebody that’s not going to murder you. Through some fortunate circumstance you’ve gained a ship and have become a zee captain. Eight zailors (don’t call them sailors) await you to lead them to fortune on the Unterzee. Whether you make your fortune through selling secrets, smuggling, transporting the willingly deceased to the Tomb Colonies, fighting pirates, or even vicious beasts in the zee, we welcome you to the Unterzee, Delicious Captain. 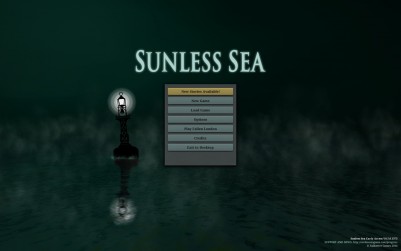 A good summary of the atmosphere.

Sunless Sea is an independent RPG set in the universe of Fallen London and expanding on the underground sea to the east of Fallen London, focusing on exploration and atmosphere. You move through top-down 2D environments in real time, managing resources and attempting to accomplish your ambitions. Though it is an Early Access game, the game is very well made and put together. Failbetter Games states it is in a late Beta stage, and even provides a helpful roadmap as far as current development goes! As it stands right now, Sunless Sea is interesting and beautiful and I’m enjoying every moment I play! 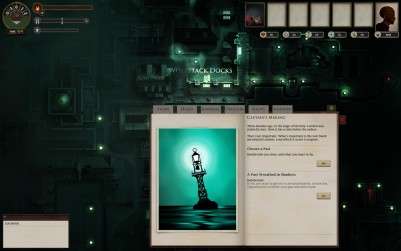 Character creation is simple, and starts immediately. You’re given the choice of handling who you were before being a captain immediately, or whenever you feel like, and your character is really yours to create. The options are simple but open-ended, so if you like to fill in the blanks on who your character is outside of stats, there’s plenty of room. Each background corresponds to each of the games statistics, and provides you with an officer that’s connected to your background in some way. You also decide why you became a captain, and while there are only two options available right now, they plan on eventually implementing more choices in later stages of development. And, the best part of all, in true Fallen London style, they allow you gender-neutral character options—in fact, actively stating that your character’s gender is your own business.

Failbetter Games does a good job cultivating a dark and grim atmosphere with Sunless Sea. The events that transpire overzees, as well as the creatures you encounter, are like things out of the post Lovecraft Mythos. What sets you out of London are, usually, more mundane tasks along the lines of smuggling and information gathering. As you travel further away you start encountering crabs the size of mountains, barracudas longer than your ship, megalodons with frightening devices attached to their bodies, ships full of soulless golem pirates, and more. At port you share tea with devils, pursue ill fated romance with landlubbers, eat at dangerous restaurants with a reputation for cooking the deadliest zee beasts, rub shoulders with admirals of Fallen London’s navy, and much more. For all the creepiness the game fosters, it also fosters a feeling of pulp adventure, as well as possessing humorous stories. In all, I enjoy everything I read in this game and the creativity behind it. 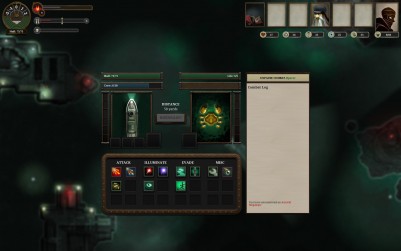 Combat is real-time with cooldowns attached to attacks.

The gameplay takes some getting used to, but the basics have little learning curve. On the main map, you use WASD to move—W and S to increase or decrease ship speed, and A or D to turn. The GUI has some disasters on it, but with some poking around you can figure things out. Exploration and travel is a matter of moving your ship from destination to destination. Combat encounters move around the map, and you can avoid them or fight them. Once in combat you have to balance illuminating your enemy with revealing yourself, and choosing the right moments to fight or hide. While on the zee, random events pop up pertaining to areas you’re near or what’s happening onboard your ship. With the game still being in Beta, there are some things not yet available, but the groundwork is there and it looks promising! 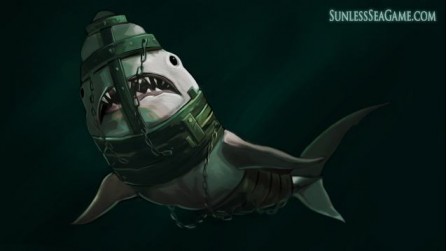 “What lies beneath? Oh. That. Well, let’s never step off dry land again.”

Time to talk about a heavy issue that’s never discussed in my articles, ever. That’s right, the ever-evolving discussion on gender, and how it pertains to video games. Well, in what seems to be learning from past mistakes, Failbetter has almost entirely erased references to gender—where Fallen London had some dismissive or insulting mentions of you if you were of neutral gender. As mentioned earlier, the game only asks what your character prefers to be called (which is super cool and more games need to do that), and that’s it. No mention of gender is made in regards to your character. There’s even a character that’s canonically of indeterminate, possibly fluid, gender! And much like Fallen London, you’re free to pursue romance with people of any gender! While current options seem lacking, the ongoing development means that even more forlorn romances can be included, and nobody will be excluded because of a silly thing like gender! 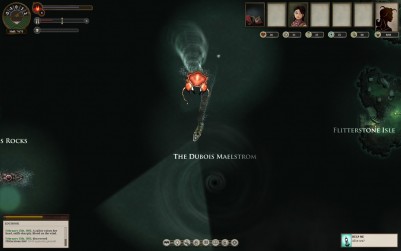 No game is perfect, especially when they’re in Early Acess; while Sunless Sea is in a late Beta stage there’s still a lot of work to be done. There’s no formal quest log or journal for you to keep track of your tasks and plothooks; they usually appear in the lower right-hand corner, but they disappear once you initiate the quest or resolve the hook. The in-game font is difficult to read, and can be especially hard for sight-impaired folks like myself to discern the small text the game provides. Several combat options are currently missing, such as harpoons and cannons. Many of the places you can stop at do not have as many story opportunities as you’d expect. Trading currently isn’t very robust, with each port having set prices for their commodities. These are things that will be worked on—however, you should take note of them as they’re glaring flaws in the current set up of the game and need to be considered before making a purchase. 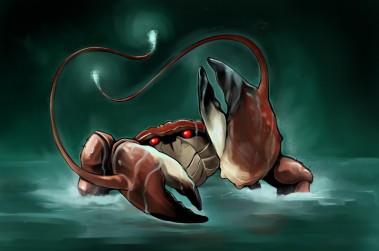 Objects in concept art may be larger than they appear.

And, now the big question: Would Robyn spend money on it? Yeah! It’s a way to support Failbetter Games without contributing to questionable monetization mechanics, and the game’s pretty damn playable compared to other Early Access/Beta games. It’s functional, with a clear roadmap, and a dedicated team working on development. The concept has me blown away, and appeals to my desire for high sea, err, high zee adventures. As well, I love the setting presented by Fallen London. With some polish, this can be a really great game full of great stories and many water cooler discussion moments. Here’s hoping it becomes such a game, and I am really optimistic about it!