There is no shortage of interesting and memorable non-player characters in videogames, be they retired warriors who love to talk about their patellar injuries, a cat-robot who doles out silver coins, or a floating fairy who, just this once, wishes you would actually LISTEN.

Love them or hate them, they help flesh out and enrich the gaming worlds they inhabit. Sometimes they are just amusing background characters with one witty line of dialogue, other times they are nothing more than an obvious ploy to move the plot forward, yet occasionally they become something more impactful—making you want to see the entirety of their story and what they would be capable of if given the “main character” treatment.

This month, our GameCola staff answers the question: What NPCs do you wish had been given the limelight they deserve as playable characters?

As we all know, Link was out of the picture for seven years while Ganondorf plunged Hyrule into chaos and darkness. And also, we know that Zelda disguised herself as a sheikah to hide from Ganondorf…but what happened during that time??? Did Sheik have awesome adventures running from Ganondorf’s forces and sabotaging his plans? Sheik’s such an important background character, I’d like to see what they were up to while Link was chilling in the Chamber of Sages, fighting his way through temples, or just goofing off at the Fishing Hole… 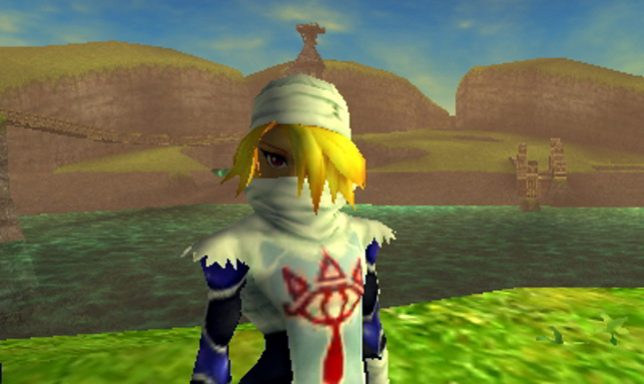 Joke’s on you. Sheik actually spent those seven years fishing…

I tend to play games where the most interesting NPCs eventually become playable characters (e.g., the Mega Man X series) or where you can reskin your character to look like anybody (e.g., the Star Wars: Jedi Knight series), so I seldom find myself wishing for playable characters that aren’t available. However, there is one character who has long been on my radar, but not because of any special attachment to her or her abilities. According to legend, my all-time favorite videogame has a secret character I’ve never unlocked, and the mere suggestion of her existence has driven me mad these last 20 years or so.

Chrono Trigger already boasts one secret character—the ex-villain Magus—so it’s not outside the realm of possibility that his sister might join your party as well. After all, there’s room for one more character on the party selection screen, Magus is on a quest to find his lost sister, and practically every other story thread gets tied up neatly by the end of the game—the more you think about it, the more obvious it becomes that Schala must be an unlockable character. In the days before YouTube and Wikipedia, before “google” was even a verb, a delicious rumor spread that Schala could indeed be found somewhere in the ocean at the end of the game…and with information on the Internet being too sparse to verify or refute this claim (I asked Jeeves, and he didn’t know), I set out to test it myself. I swear I spent an entire afternoon systematically scouring every pixel of ocean in every time period in search of Schala. This wasn’t insanity; this was a rescue mission. Alas, I never recovered her.

For years, I held out hope that maybe Schala was out there somewhere. A part of me still hopes I just overlooked her somehow, despite undeniable ROM hacking evidence to the contrary. 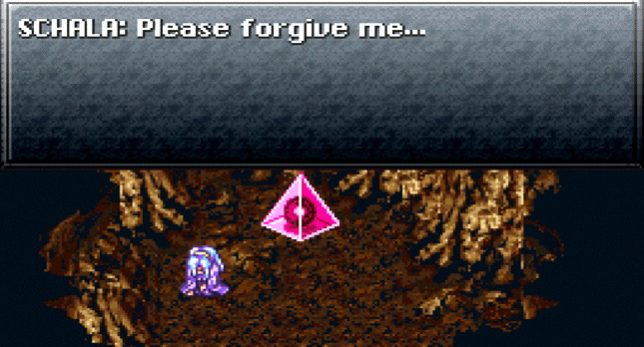 Schala, waiting in the one pixel of ocean you didn’t search.

While there are plenty of NPCs I could choose from, I’m going to take this time to tell a little tale about my first experience with fanfiction.

Early on in Final Fantasy II, there’s a tragic scene in which Anna—daughter of the sage Tellah and lover of Edward the bard—dies during a bombing by the Red Wings. She didn’t deserve this! She wasn’t just some no-name NPC; she had her own sprite and everything!

She died so quickly, but I wanted to know more about her story—to see her and Edward have their own adventures! The desire was strong enough that, at the tender age of seven, I put pencil to paper and began writing “Anna’s Quest”: The tale of that NPC who dies immediately before you even meet her.

Note that I say “began”. I don’t think I wrote more than the title and maybe a couple sentences. Sadly, we’ll never know what fantastic adventures Anna might have had.

“If you strike me down, I shall become more powerful…”

If you analyze the plot in Chrono Cross, you realize that Magus had an important role post-Chrono Trigger and helped set things in motion and aided Kidd and his search for Schala. He actually wasn’t even shown on-screen, but the story does involve him a fair amount. He was such an interesting character and it would have been great to have him grow a bit in Cross. There were plans to add him in, but instead we got Gil.

Thankfully we got a bit more of Magus in the ultimate ending of Chrono Trigger DS. 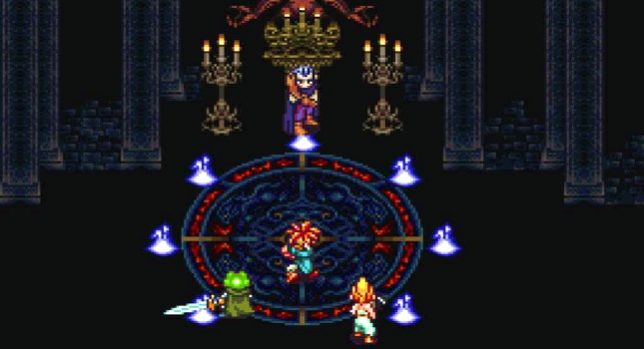 How dare they not show more of my theatrical fabulousness on screen!

Since Miles Edgeworth does indeed have his own game, my next answer would definitely be Dick Gumshoe: Ace Detective. Why hasn’t this game been made already?! It would be amazing to bumble around crime scenes, try to get Gumshoe and Maggie to FINALLY be an item, and most importantly, keep Gumshoe’s salary as high as possible. Come on Capcom. Give us what we want. 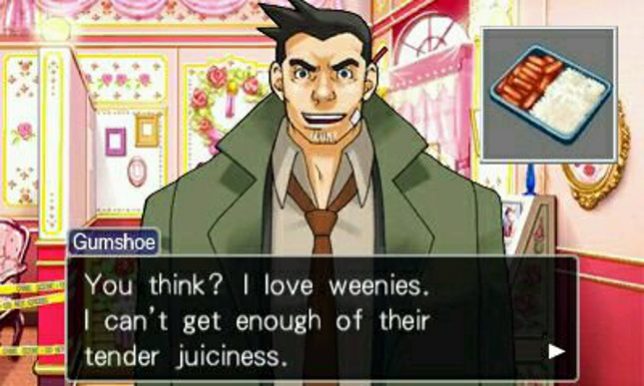 You want him to find love and success. He just wants weenies.

Ever since Mega Man 9 and Mega Man 10 brought previously unplayable characters Proto Man and Bass into the limelight, I’ve always felt that the exclusion of Mega Man’s oft-sidelined sister Roll was a huge missed opportunity. In addition to giving the spotlight to one of the three female characters in the classic series, it’d also be a credit to one of the characters who has been a part of the series the longest yet has received the least amount of canon attention or development.

Roll’s inclusion could also be another fun way to iterate on the classic Mega Man playstyles just as Proto Man and Bass did in these contemporary sequels. Were I in charge, I would have her use a short range melee (similar to Shovel Knight) as her primary fire which is counter balanced by access to a greater range of utilities (like items 1, 2, and 3, the magnet beam, various adapters, etc.) and/or increased ammo for special weapon use. Still, there are plenty of other ways to include her in a playable manner, and it’s disappointing to me that there hasn’t yet been a classic series opportunity for us to play as her. 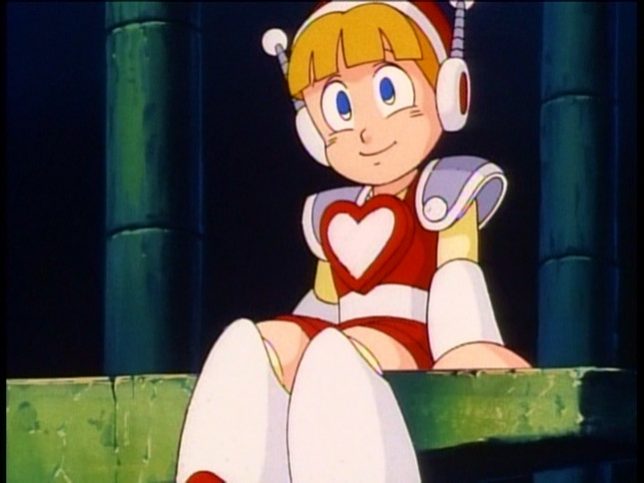 When you “Wish Upon a Star” your dreams come true.

Any other character in 2064: Read Only Memories, or Goal from Deponia.

In 2064, you’re really more of a passive viewer. I’d love to play as someone else who’s in on the action.

Goal is better than Rufus, honestly. She’s smart and she’s not a complete jerk. I would have loved to play as her in any of the Deponia games. 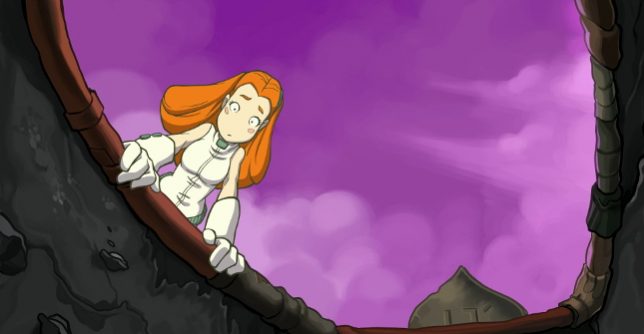 Goal looking for a reason why she isn’t the main character, and failing.

In the original code for Star Wars Knights of the Old Republic II, there exists a presumed-Twi’lek computer expert by the name of Kaah Ohtok. While his character did not end up making it into the final version of the game, from the extant dialogue it is clear he was intended to be an optional addition to your crew.

Fans have worked to restore this cut content as part of the “M4-78 Enhancement Project”, allowing you the ability to interact with him and play through his entire storyline; however, he remains ever an NPC. Even if you do everything right, and it seems as though he is about to become fully playable, the fan developers ultimately opted against implementing that functionality. 🙁

It’s not easy being green…

If the antics of a tentacle bent on world domination or a bone (a BONE!) disguised as a cow weren't quirky enough for you, have at this: The Shivah, independently developed by Dave Gilbert using the s