We generally think of time as a straight line, but it’s a little more complex than that. We’ve always celebrated the confounding structure of time on August 11th—even future, alternate, and now-nonexistent August 11ths. Today, we bring you a choice selection of GameCola’s August 11th time perplexity celebrations, all the way back to the universe’s inception in late 2008.

Since August 11th didn’t exist last year, we start with August 11th of 2015 and an article about Kickstarter projects that had been funded in previous years and were anticipating completion within the following year. Fast-forward a bit and Hyper Light Drifter and River City Ransom: Underground have both been released!

…what’s that? There was another project expecting to be released in the future-turned-past? It would seem that the aptly-named Temporus has become lost in time…although the developers haven’t given up yet—and neither has this backer.

Man. Remember dubstep? 2014 was a wild time. Mark Freedman introduces a YouTube video about other YouTube videos of this bygone era. You can still find these types of videos in their natural habitat, but luckily for us, they’re no longer the dominant species.

August 11th, 2011—Another Look: Cloudy with a Chance of Meatballs

We start off 2011—that’s right, “start off”; we’ve got three posts from 2011—with a bang. We’re looking back at a post that’s following up on a previous review of a game that’s based on a movie that’s based on a book. Need to go deeper? Be sure to read the comments!

XBLIG no longer exists in this timeline, but back in 2011, it was still existing. While no evidence remains of the existence of this “Fortresscraft“, we imagine that it featured Xbox avatars, mining, and (if the only remaining evidence of XBLIG, Silver Dollar Games, is any indication) probably farting. 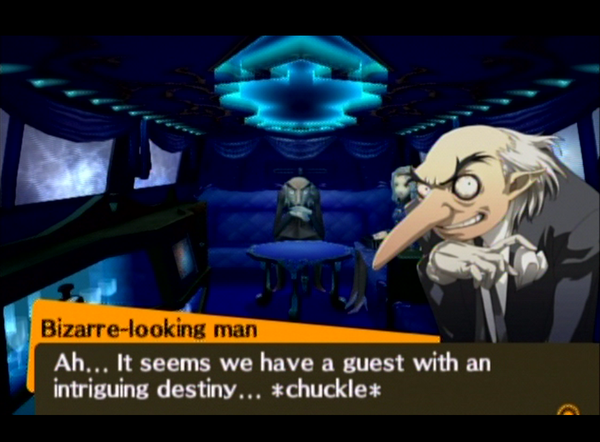 In 2010, we featured this review of Persona 4—the original, not Golden—by Justin Luschinski (as opposed to the earlier review by Matt Gardner). It seems like he had a good time playing the game, so maybe now’s the time to give it a read! Get it?!

Michael Gray is back to the past with this upcoming (at the time) movie of this classic (at the time) children’s educational game, Treasure MathStorm!. Surprisingly, the original video has survived the sands of time and still exists on YouTube.

This month's walkthrough is a game where you beat up other women to gain the approval of your fake husband.