Smash Hits—or Worst…I mean, Greatest Hits, everywhere outside of the U.S.—is another in a long string of Guitar Hero titles (such as the already reviewed Guitar Hero: Drama Queens and Band Hero: American Pie Tournabout). The particular selling point of Beenox’s thrilling addition to the series is that the selection of songs consists of those much-hated from other Guitar Hero titles.

So we’re just getting a load of shit we’ve already had before, mashed together like carrot and swede? Sounds like Katamari Whatever to me. At least the PS3 rolling simulator was a labor of love—Smash Hits isn’t. It’s just a shoddy and incomplete mess of ideas, strung together with string and left to dry like used teabags. What can Smash Hits offer us that Band Hero and Guitar Hero 5 cannot? Nothing.

Smash Hits offers us nothing new, nothing creative, and nothing clever. The songs are good, but they’re not the best choices that could have been made.

My ideal Guitar Hero game features the songs “Even Rats,” “Push Push Lady Lighting,” “Sprode” and “Yes We Can,” but of course those are songs by primarily Harmonix-centric artists.  But even considering that Harmonix was not on board for this game, the song choice pales in comparison to my actual favorites.

And then there are the songs that remind you that some of the covers in the early Guitar Hero games were BETTER than the originals, such as “Killer Queen.” You remember how “Killer Queen” was in the first Guitar Hero? That’s right. “Killer Queen” had EXTRA guitar in it. Smash Hits gives us “Diet Killer Queen,” with no added sugar and an appalling taste.

Then, I cry, as I am brought to the subject of the difficulty level. I may have said before that I possess a respectable skill at Guitar Hero—but this game is on par with the difficulty of Guitar Hero: Van Halen. The songs are just ridiculously difficult past Tier 4.

So, stock up on Ben & Jerry’s and pump yourself full of Monster: Smash Hits is just (good?) old Hero, again.

Step-in developer Beenox, known for its ports of console games to the PC platform, does a terrible job of looking after the Guitar Hero franchise. The game looks worse than World Tour (whose engine it borrows). I didn’t think it was even possible for someone to top the ugliness of Neversoft’s Guitar Hero titles, but Beenox has managed. The venues are ugly, and the character models are disgusting, too.

The unlockable outfits are kinda cool. They don’t save this game, though. 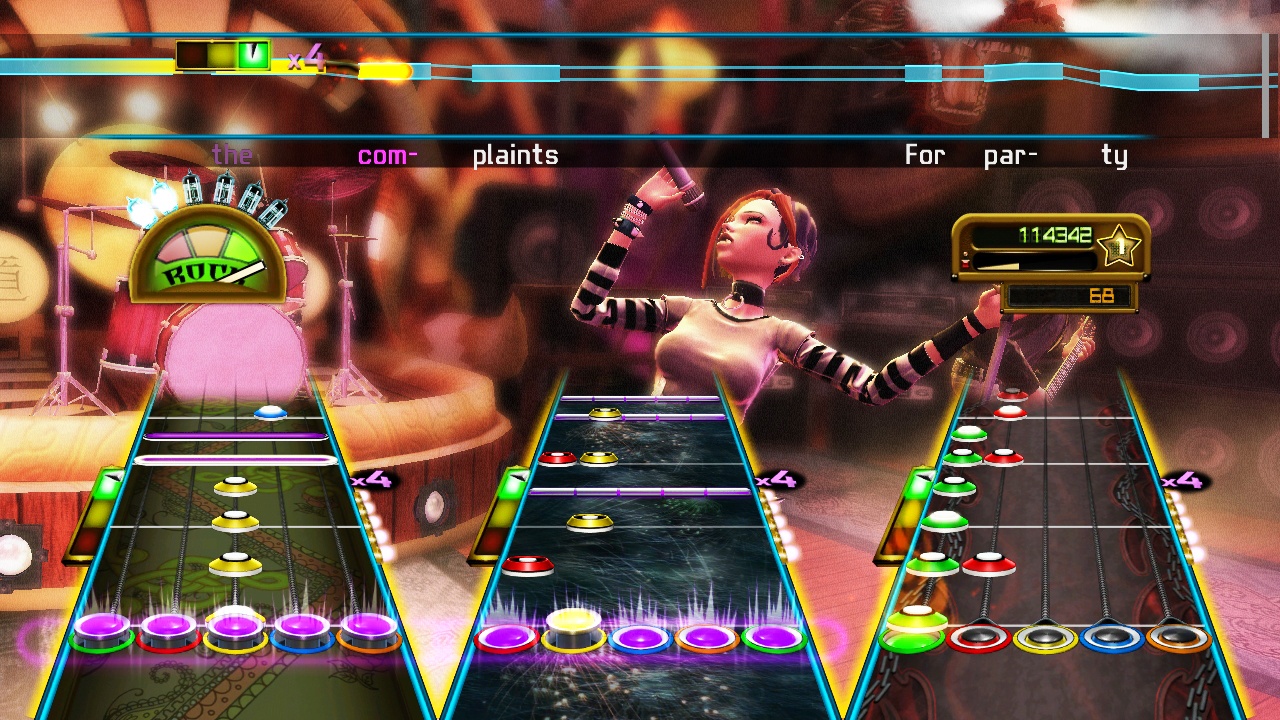 Smash Hits does not represent Guitar Hero to its fullest. For starters, it uses the World Tour engine as opposed to the Guitar Hero 5 engine, making it feel underdeveloped and thin compared. After all, Guitar Hero 5 was only released two months later—the engine should have been available for a while beforehand. Using this older engine hurts Smash Hits, as much as it also hurts Guitar Hero: Metallica and Guitar Hero: Van Halen.

By using this dated engine, Smash Hits uses World Tour’s dreadful unlock system, cheat system and codes, and the greatly flawed Rock Star Creator. The game itself is World Tour beneath the paint job, besides a few subtle improvements (such as a gauge showing how many stars you’ve earned). It’s not offering anything substantial, unless this were a website about promoting hideous videogames, wherein writers could say the exact opposite about the game in question.

If GameCola were such a site whereby one could justify awful games, then I could describe Guitar Hero Smash Hits as having better graphics than Big Rigs: Over the Road Racing.

As ascertained plentifully, Guitar Hero Shits sells itself entirely on the setlist—and, indeed, that is all it has going for it.

The setlist is something Beenox has put together moderately well—as the name suggests, the songs included are some of the best across the whole series. It’s not an entirely agreeable list of songs (who put THAT Aerosmith song in there?), but in Smash Hits, the majority of the songs are bloody brilliant. And for those of us who missed out on Guitar Hero Encore: Rocks The 80s, the money-spinner spin-off developed by Harmonix themselves, we are finally given “Play With Me” by Extreme (a song frightfully missing from Rock Band‘s DLC selection).

Too bad you can’t export any of the DECENT SONGS to Guitar Hero 5. 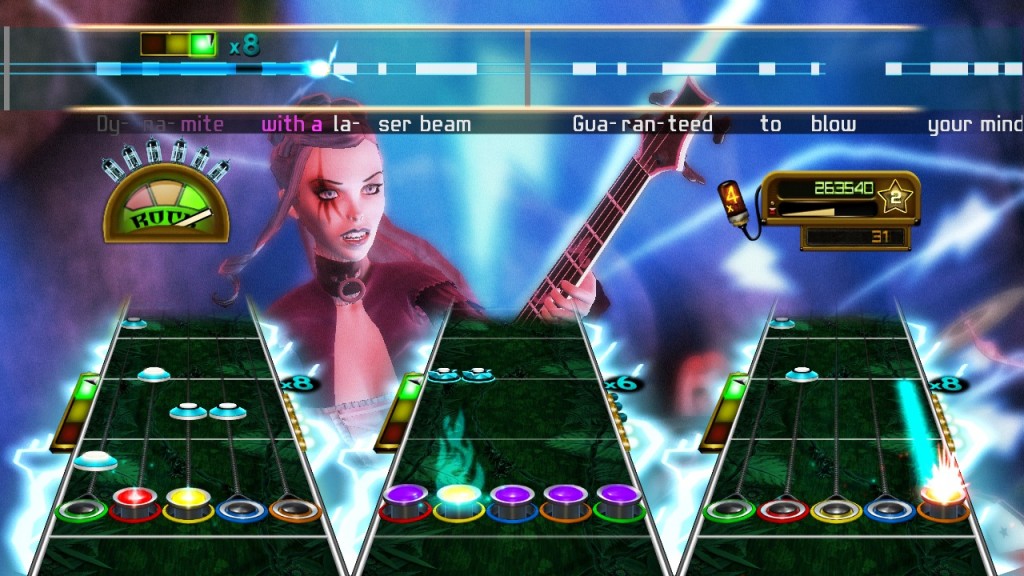 If you make a beeline for Beenox, then it’s solely because of Guitar Hero Smash Hits‘ soundtrack. The engine is outdated, the graphics are disgusting, and the story progression is much slower than the progression in Guitar Hero: Metallica (which, so far, has done story progression the best, alongside Van Halen, which I hate to admit is actually kinda good after all the bitching in my DJ Hero review. Although I am mainly apologising for my Van Halen bashing, as I sit here with a gun to my head. Van Halen is good. My life is not end.)

Some things are just unforgivable, try as hard as you can to do so. Ugliness, in this day and age? This is HD! We don’t want ugly! We want cute! And worse than all this…there is a five-note chord in this game. A FIVE-NOTE CHORD. And the five-note chord represents a thunder clap. A THUNDER CLAP. Dear…dear God…

So put it all together: It’s a pulsating, bloated, festering, sweaty, pus-filled, malformed slug-for-a-butt of a game.

Two months ago, I told you that I would create a special bonus for whoever won my custom character competition. I had a surprisingly huge amount of responses to this article, and I had a really tough ...