Last month in Pudding, I ran my own personal list of the Top 5 Xbox Live Indie Games from 2010. This month, courtesy of Joystiq, we have: everyone else’s list. It’s based on sales figures—specifically, number of copies sold during the first week of a game’s launch—and the results, as expected, are completely demotivating. Personally, I’m so demotivated I won’t be able to finish this lame joke I think I already used bef

Take a look for yourself here:

So what can we learn from this list? Well, a number of things:

1. Gamers tend to care less about a videogame’s content, and more about what its name implies about its content. There’s no way, for example, that Baby Maker Extreme would be at the top of the list otherwise, because, spoiler alert, it has nothing to do with sex. (Incidentally, this is why Lizo and I have decided to rename our perpetually in-development adventure game, testgame as Christina Hendricks’s Nipples.)

2. The Pudding Bump is completely meaningless. Of the approximately 40  games I talked about in “Minus the Pudding” last year, only four made the list. And they’re all games I only included because I wanted to make fun of them.

And, one final thing: Since nobody can be trusted to purchase games on their own anymore, I’m officially revoking everyone’s access to Microsoft Points until you can promise to stop buying games with the word “fart” in the title. (Yes, of course I can do that—I’m on the Internet. I’m also authorized to reset Gamerscores.) In the meantime, while everyone cools down, and maybe regrows a few braincells, check out these games you won’t be allowed to play anytime soon: 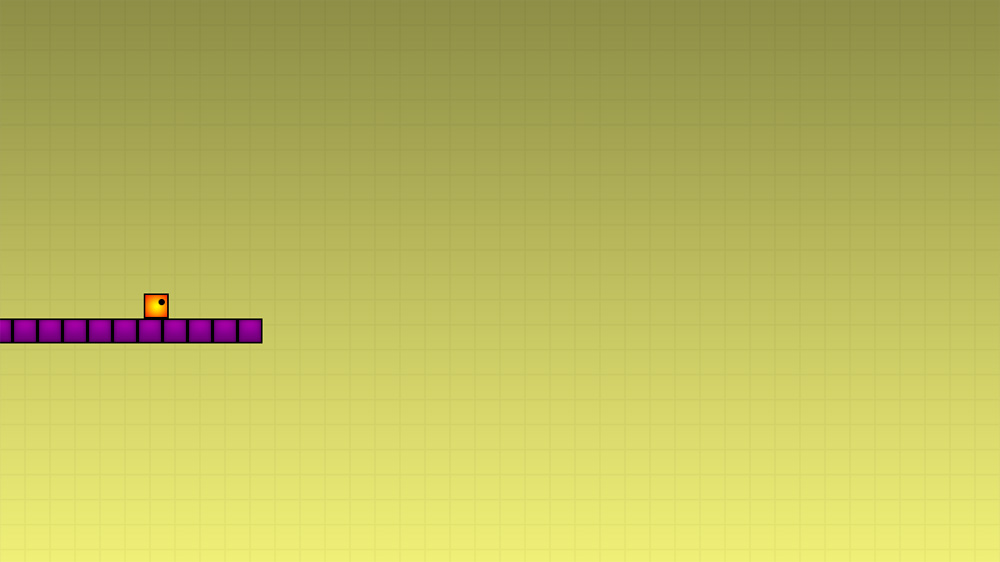 Trust me on this: I think the name and the graphics are supposed to be boring; it’s all part of the theme that this thoughtful and introspective indie game is going for. …Maybe.

Actually, it’s hard to tell what’s going on with this game—whether Silver Dollar Games (because, yes, this is a Silver Dollar Games production!) intentionally made a ruminative game that both elicits and makes you think about real-life emotions…or whether they did so accidentally while trying to find the laziest way to fund yet more  boobfest girlsims, such as—and this is an actual game that they’re working on right now, and not just the worst thing I could think of off the top of my head—Fortune Cookies…in Bed.

So what is Game 35? Like many Xbox Live Indie Games, it’s an artsy fartsy minimalist platformer, though this time the emphasis is, thankfully, a little bit more on “artsy.” A word flashes on the screen at the beginning of each five-to-10-second-long level (kind of like in WarioWare)—something like “impulse” or “glory” or “impatience.” Then you have to move your little block dude through a level that tries to elicit that emotion in you. For example, in one level the narrator might say “fear,” and you have to get through that level while spikes fall from the ceiling and someone reminds you that we live in a world where Try Not to Fart is a top-selling game. Aaaaaahhhh! (See how effective it is?)

Mechanically, it’s a game about pushing your joystick from left to right; nearly ever puzzle in the trial can be solved just by doing that—without even looking at the screen. (A major theme of the game is “trust”: trust that, if you just keep moving, you definitely won’t fall into that deathpit you’re about to fall into.) You’re probably missing the point of the game if you’re doing that, though—whether that point is “think about what you’re feeling right now,” or whether it’s “I truly believe that Silver Dollar has no soul.” 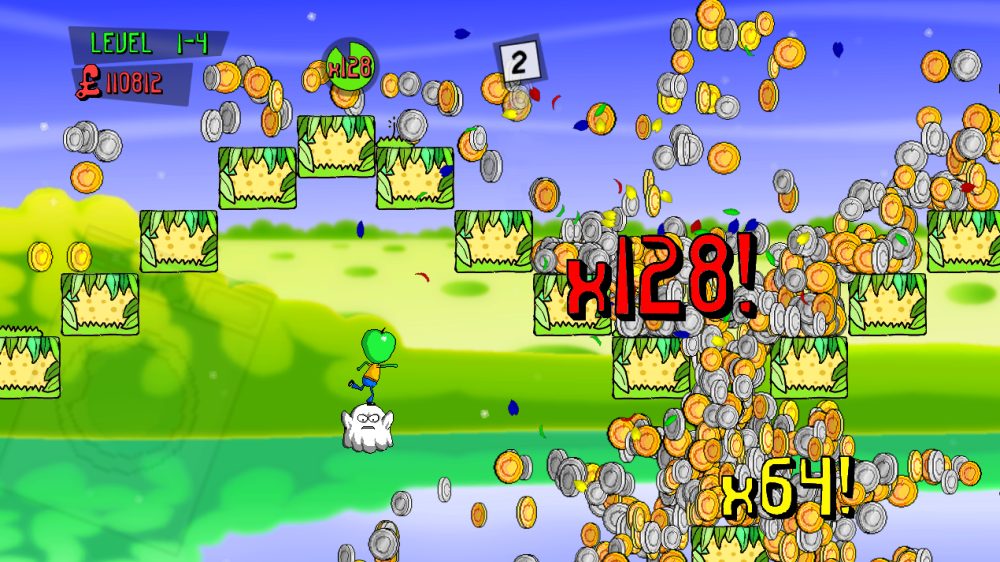 Going into this game, my only thought was, literally, “Oh my God look his head is an apple that’s so cool!” And it is—but this game is so much more than that. (I mean, it would almost necessarily have to be, wouldn’t it?)

First of all, Apple Jack dusts off a game mechanic whose return has been long-coming—picking up enemies, a la Super Mario Bros. 2, and then tossing them around the screen for fun until you accidentally progress the game. Secondly, and more importantly, it has the best multipliers ever. When you defeat one of the game’s enemies (which, BTW, consist of things like panda bears and washing machines), it completely explodes in a shower of coins. After that, you have about a 10-second window to kill another enemy, and if you manage to do so, the number of coins exploded doubles. And it just keeps doing that, every time you kill something! As I played the game, saving my pet dog, or the world, or even making any progress whatsoever in the game became completely immaterial; I had to create the biggest coinsplosion possible! (See the above screenshot for an example.)

Unfortunately, after a few levels, the game starts to incorporate other gameplay elements, too (for example: puzzles), which made me lose interest. But for a brief time, for me, it was glorious. I haven’t had this much fun with coins since I last spent some. Make that the entire game next time, guys. 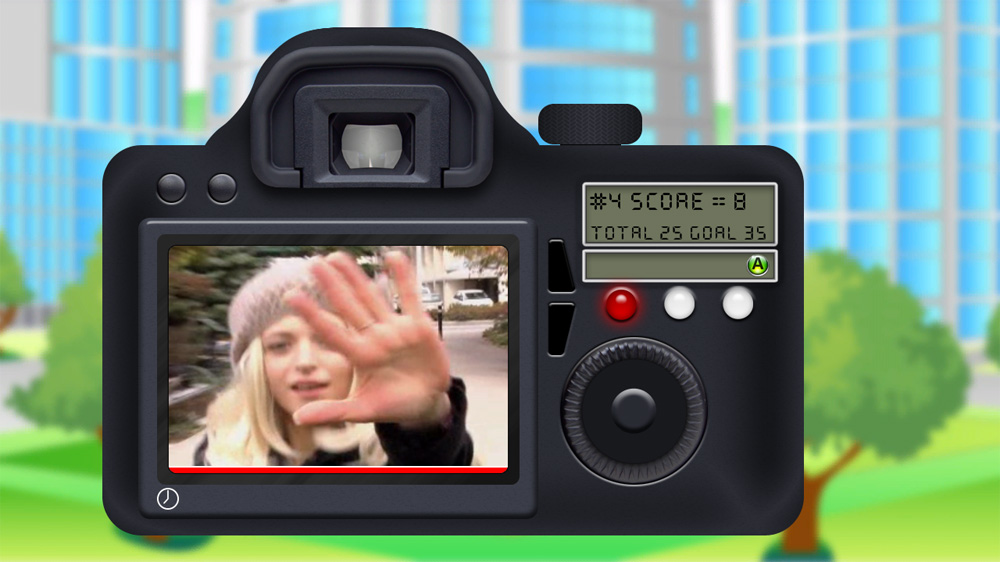 I bet you can guess who made this game.

Yes, fresh off of making an actual videogame in Game 35, Silver Dollar Games went right back to the breasts that brung them. Based on the literal title—Shooting Models—you might think that this is a Cabella’s-style game about trying to pick off models on the runway, but it’s not. Oh God, is it not. It’s so much worse than that.

In essence, Shooting Models is a photography game, kind of like Pokémon Snap, only you can’t interact with the Pokémon at all, and the Pokémon are all, in fact, pretty young girls. Yes. You work for a “gossip mag” taking “gossip photos” of models who are in town for some model convention or something. The actual mechanics of the game involve watching video footage and trying to take still pictures at the right moment to get the highest score. However, according to the game’s story, what you’re doing is this: hiding in bushes and hoping no one can see you, while you wait for pretty young girls to walk by, so you can take their picture without their consent and then sell the photos for profit.

…Yeah. That’s right. Welcome to Creepytown. Please don’t tell my fiancé I have a demo of this game on my harddrive. 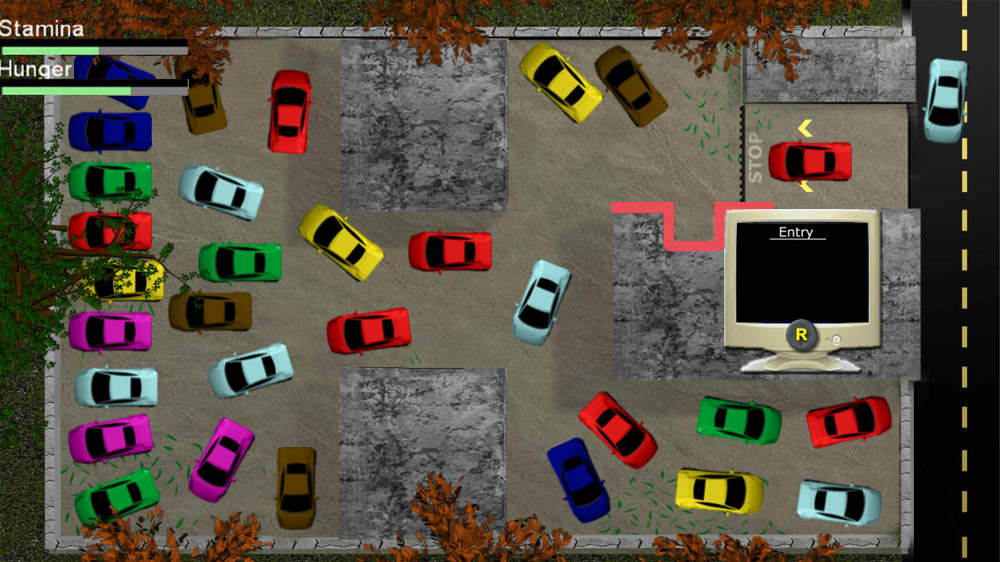 Well, we’ve finally done it. After videogames about lawyers, and air traffic controllers, and Dick Cheney, we’ve found the one topic that no one’s ever made a videogame about before. Parking. Well done, developers. All that’s left now in the bottom of the barrel is more barrel.

You’re some guy who’s trying to eek out a living in the high-stakes world of valet parking. You’re only making $4 an hour right now, but you’re hoping to, some day make, I don’t know, $6. A car pulls up, you hop in, and you park it. Later, the owner comes back, and you have to find their car and drive it back to them. Thankfully, just like in real life, everyone’s wearing a shirt that matches the color of their car—and they don’t seem to mind if you bring them them someone else’s car, so long as it’s the right color—so it’s easy to figure out which car to bring.

Like with XMAS Taxi before it, I by far had the most fun with Valet Parking Inc. when I flouted the game’s purpose and intentionally parked cars like a four year old—getting into the car and then immediately jamming my foot on the accelerator, making parking spots out of what others might more frequently refer to as “walls.” I never earned much in tips, and most of the cars might’ve been missing pieces when I was through with them…and I might not have ever worked my way up to that $6 per hour…but I was having fun, and that’s what counts. I’m sure that’s what my customers thought, too. I’m surprised none ever pulled a gun on me.

…Look. It’s a game about parking cars. You have to find your entertainment where you can.

In conclusion, of these four games, the only one that has a chance of making this year’s consumer-choice top 20 is Shooting Models. That’s where gaming culture is right now.

Layton Brothers! A mystery game without any Laytons or brothers!