Ah, January—a new year, a new month, a new “Q&AmeCola.” That’s right folks, we’re back in 2014 and…what’s that you say? It’s February already? Hmmm, well. February…it’s about that time when we realize we’ve already given up on our New Year’s resolutions as another holiday is approaching that’s an excuse to eat more candy. At any rate, perhaps as we move closer and closer to hoverboards, Jaws 3D, and Pepsi Free, it’s worth while to reminisce for a bit. So settle in, bask in the warmth of your CRT monitor, and listen well to some great folk tales and sagas of select GameCola staff.

This month’s question comes from Mark Freedman, who asks: What is your personal greatest gaming achievement? Well, he actually asked, “gaming accomplishment,” but “achievement” has a nicer ring, doesn’t it?

I would say it’s the act of just about sustaining interest in the hobby despite the rise in truly vile, oppositional and aggressive behavior from gamers, facilitated by the rise of Twitter making it possible to send hateful, racist, violent threats to developers instantly and directly. To wish a man’s children dead because of a slight change in the reload speed of a fictional weapon, for example. Or to drive a talented and clearly mentally unstable man out of the industry entirely because he didn’t just ignore a million gamers calling him a faggot twenty-four hours a day, every day.

Despite the fact that the chief proponents of gaming are awful, disgusting, hate-filled human beings, I have managed to still play and enjoy videogames without my sense of despair completely overwhelming any happiness I may glean from them.

Oh, also, I got 100pt clears on all four Mega Man Zero games. That was hard to do. 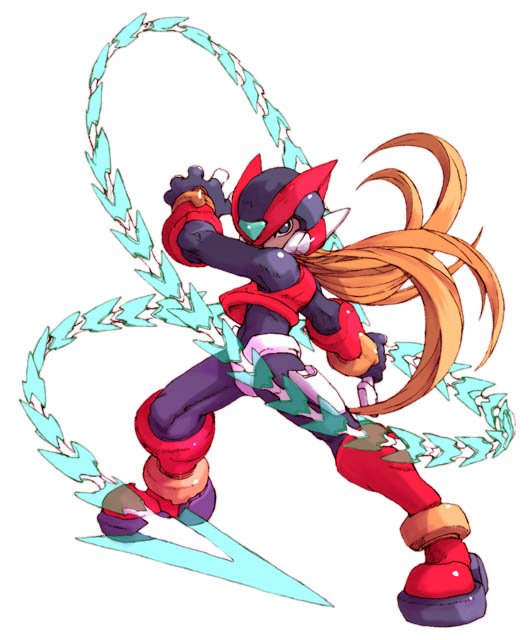 I would have to say collecting all 108 characters in Suikoden II to unlock the best ending. When I played it the first time, I wasn’t aware you could alter the game’s ending if you manage to recruit all of the characters in the game before you defeat the final boss. 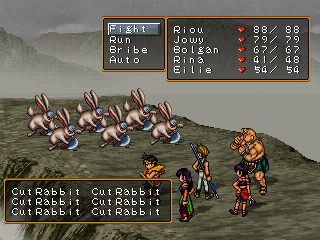 The best ending is one of my favorite endings to any video game I’ve ever played, and probably always will be.

GoldenEye was a huge revolution in console shooters and a huge boon to the N64. Finally, a shooter where completing mission objectives and stealth are just as important as blowing everything up. Plus, the game follows the movie very closely and, in my eyes, is probably one of the greatest film adaptations to date, combining story, graphics, and sound into a masterpiece. I spent many hours unlocking all the cheat codes. If you complete missions under a par time, you get a cheat you can use when you replay the level. Some are fairly easy…I think everyone’s gotten the DK (big head) mode.

Probably the hardest was getting the Invincibility cheat by beating the Facility level in a painfully short amount of time on 00-Agent mode. The real hard part is that Bond has to meet up with Dr. Doak and receive a card key. He is located in one of five randomly selected locations. The only way you can beat the par time and get the cheat is if he is in one specific location of the five. So, right off the bat, you only have a 20% chance. From there, you have to not get killed, but also let people shoot you in the back to propel you forward through the corridors. Then, when you get to the gas tanks room with 006, you have to trigger a dialog with him and get him to get out of the way of the tanks so you can blow them up without killing him. The trick is to use the AK-47 so you can stay back and not detonate the remote mines. Completing this and hearing the shimmering sound of unlocking the cheat was the biggest sense of accomplishment for me. Hours of laboring for such an awesome cheat! From there, I unlocked the remaining cheats, but it always bothered me that the page was never completely full. There was talk of an “All Bonds” mode that unlocked different Bond actors as multiplayer characters, but that turned out to just be a rumor. 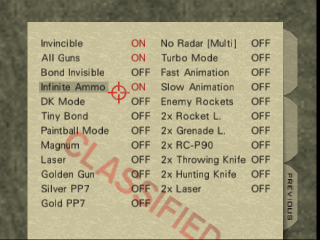 Once I spread the word around school of my great feats, I had people loaning me their game cartridges and paying me to unlock the cheat for them. I was king of the school!

Finishing the Animaniacs game for the SNES. I started it over the summer, swore at it constantly, and rage-quit every few minutes only to find myself playing a few minutes later. Because of school and stuff later on in the year, I had to put playing it on hold for a while. I finally finished a month ago and couldn’t have been happier. Wooooooh!!! It was a dark night, and I had been at this for weeks. Mewtwo, that nasty son of a gun, had continued to escape my grasp. Damage couldn’t stop him; he could recover it at the tip of a hat. And raw power made my Pokémon of little match to defend against him as I relentlessly threw Ultra Ball after Ultra Ball at him, having naïvely wasted my Master Ball on a Snorlax earlier in my journey (it was my first game; give me a break). I had just about had it…I was ready to try anything, even something as ridiculous as pressing Up+A at just the right time to get an automatic capture. At just…the right… 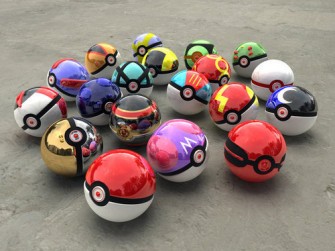 And that, ladies and gentlemen, is how I caught Mewtwo in a Pokéball at full health. Suffice to say, I was  superstitious about pressing button combinations to catch Pokémon for years afterward.

I’d like to tell you that I beat Mega Man X with 100% completion and almost no deaths in exactly one hour, but that’s almost 25 minutes slower than the current speedrun record, and it doesn’t include the secret fireball upgrade, so it doesn’t sound like much of an accomplishment. I’d like to say I beat Metroid Fusion with a minimalist run—1% of the items collected, which renders the second half of the game virtually impossible without all that extra firepower and health—but I still haven’t made it past the bouncing Yakuza spider boss. I could brag about completing every Telltale adventure game I’ve ever played without hints or a walkthrough, but I’m not sure randomly clicking on everything until something changes is truly an accomplishment.

No matter what I come up with, nothing seems truly impressive enough to compete with whatever Anna has to say. So I’ll go the humorous route instead:

I beat Lavos to death with a mop. 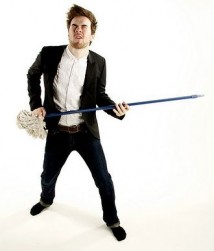 Chrono Trigger being my favorite RPG of all time, I’ve taken full advantage of the New Game+ feature that allows me to start the adventure from the beginning with all the levels and equipment I had at the end of the last game. After several years of playing and replaying, the mighty Crono was finally strong enough to take down the final boss on his own…and the only thing more challenging than facing off against the Destroyer of Worlds without a party to back you up is leaving your Rainbow Sword at home. Armed with the Mop, the lowliest of weapons, Crono alone brought peace to the world before anyone knew it was in trouble. Roger Wilco would be proud. 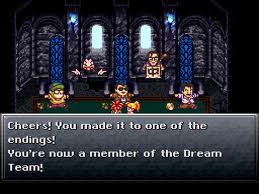 This is less of an achievement and more of a satisfying cheat I discovered while leveling up in Dynasty Warriors (don’t judge me). There are a couple of bonuses you get when you kill a certain number of people, and I’d been getting a score of 500 or so. Usually, the end boss will accidentally throw himself on my blade, prematurely ending the level. Then, I discovered a great way to wrack up points. If you take out the major generals and captains, then run down to stand at a secluded enemy gate—so long as you don’t kill the gate keeper—they’ll keep spawning. I think my best score after finding that little technique was around 3000. Aww, yeah.

The following anecdote is more about teamwork than a personal videogame achievement, but still, it represents the way I handle this kind of situation while playing online with strangers.

Long story short, I was lucky enough to get a sniper rifle at the start of an Invasion Slayer online match on Halo: Reach, but got killed by another sniper in one of those caves in Hemorrhage. When I respawned on the field, I ran back to the cave to recover the sniper rifle I had. I knew I was exposing myself to the same sniper, so I had to be fast, but then the following happened.

I don’t consider myself extremely skillful in first-person-shooters, but the reason why I get good results is that I avoid doing stupid things like exposing myself in open areas, or trying to face the enemy all by myself. I played this battle truly as I preach in “Don’t be that Guy”—I stuck by my team, focused on the objectives, and fought the enemy using weapons mostly unknown to them: patience, strategy, and discipline.

And guess what? We won! We even lost another team member (booted for betraying someone else), ending up outnumbered two to one—and we still won! This battle proved my point from a previous article true on this exact matter: even if your team ends up in numerical disadvantage, your team is far worse having a scumbag traitor around.

Have a question you’d like answered in a future edition of “Q&AmeCola”? Let us know in the comments!

If you enjoy spending hours pressing the A button, you'll love this sequel to America's favorite grindfest!