In honor and loving memory of GameCola’s late founder and first Editor-in-Chief, who passed on in 2013, I am proud to carry on our annual tradition of writing about a few more videos from the last video series that Paul Franzen officially participated in before never being heard from again, may he rest in peace. I don’t know what’s worse—that it’s been over two years and we’re not even halfway through writing about these episodes of Zero Escape: Virtue’s Last Reward, or that it’s been over two years and we still haven’t completed recording. 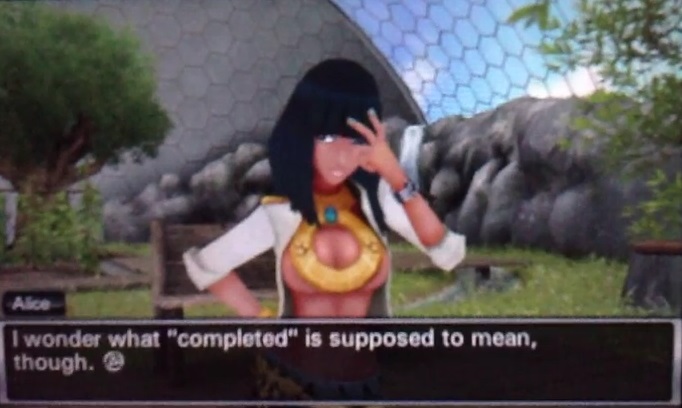 Go ahead and get caught up on Parts 1-3 and Parts 4-7 of this mystery- and murder-filled visual novel before Michael “Still in Need of a Sandwich” Gray, Nathaniel “Yours Truly” Hoover, and Nikola “Writes Better Video Recaps Than Yours Truly” Suprak take you along for a madcap thrill ride that includes:

Parts 8-10 are below for your viewing pleasure, and I’m sure we’ll be back in another year or so to talk about Parts 11-14. Alternately, why not check out the full playlist on YouTube? Don’t worry; you can always jump back to this point in the story later if you make the wrong decision.

PaRappa the Rapper is a beloved classic of the PlayStation era—but it secretly just sucks.