Two years ago, Michael Gray introduced us to this 21-year-old (at the time) Hardy Boys book about criminals using videogames for their vile deeds…for some reason! Is this the future of the gaming industry? Only time will tell!

Only a few short years ago, Michael Gray was reviewing Japanese dating sims and tagging the articles “lonely GameCola writers“. Would the freewheeling writer one day settle down with a special lady? Only time will tell! The fact that Michael Gray is happily married as of the writing of this article may be an indication that time has, in fact, told.

Back in a time when GameCola had fans that weren’t staff members, Julia composed this touching tale of a time when the site helped her through a difficult time. Worth a read for staff and fans alike! Would Julia one day become a staff member? Only time will tell!

2011 was a big year for September 8th, and we start it all off with Dan Castro’s classic column “Don’t Be That Guy”. What guy do you not want to be? Only time will tell! The time it takes you to read the article, that is.

The wildly popular Uncharted franchise is going where few games have gone before—reality TV! Will Race to the Ring be the viewing experience of the century? Only time will tell! Considering that nobody’s talked about it in the almost six years following its apparent air date, we may need some more time for this one. 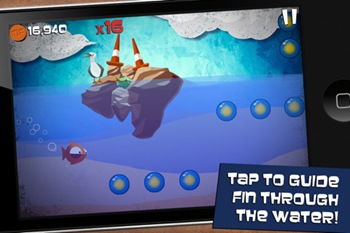 Hate penguins? After playing this game, you just might. Only time will tell! Oldcomer Jillian Dingwall reviews this casual fishy bubble catcher for iOS. You will not see nothing like the Mighty Fin!

That’s right! Captain Eric is BACK! Or…was back, this day seven years ago. Predicting the future of 2010! How many of his predictions were right? Only time will tell! That is, has told, I guess. What do you think?

It's like Christmas, Chanukah, St. Patty's Day, Thanksgiving, the 4th of July, and my birthday all rolled into one package! Over the weekend, the fan translation for Mother 3, or EarthBound 2, was rel