I am a man of unpopular opinions. I don’t much care for Halloween and zombies, I believe Mega Man 2 is good but grossly overrated, and, despite the theme of this post, I’m not a big fan of The Legend of Zelda, as explained on the geek blog my friend and I co-write.

The more mainstream something is, the more I tend to challenge its popularity; if I jump on the bandwagon, it’s because I’ve taken all the factors into consideration and decided that the bandwagon beats standing around alone in the cold, or because the people on the bandwagon have shotguns. All I mean to say is that you can usually trust my objectivity when it comes to the most crucial choices in life: naming your baby, naming someone else’s baby, and deciding whether or not to watch the Flash animations I’m about to discuss.

Actually, I’m not sure what I mean anymore.

It’s been quite a long time since the last all-video edition of “Flash Flood,” but my rating system is the same as ever:

5 = Outstanding. Four swords out of four.

3 = Pretty good. Should leave you with some happy feelings, but not the kind that tingle.

0 = Utterly worthless. There’s no excuse for this, princess.

This month’s theme: The Legend of Zelda, which I expressly did not select just so I could mention a relevant article on my blog and then give you “A Link to the Post.” That’s terrible even by my standards.

Description: The obligatory “Navi is annoying” video. All right, so it’s really more like a parody of the first twelve hours of Ocarina of Time. Er…two hours? (I’m really bad at Zelda.) 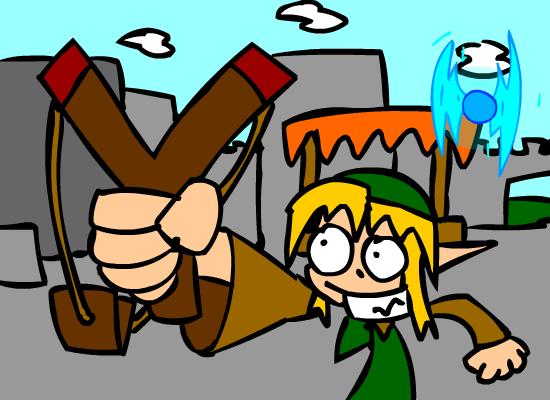 Review: As you can tell from the picture (unless you’re having someone read this column to you, in which case that person should be doing their best to imitate my smooth, sexy baritone voice), the animation style is…actually, I think I’ve undermined my own point by choosing the most visually interesting moment in the whole video. The art is functional. The voice acting is, uh, present. The music is refreshingly MIDI-tastic, though, and there are a few good laughs. That’s the trouble, though—just a few good laughs; unless you’re smitten by the animation style, there’s not much else to hold one’s interest. The video does get more entertaining as time goes on, but I doubt you’ll get far enough to tell unless you’ve sworn a blood oath to review it in this month’s “Flash Flood” column. Not that people do that kind of thing.

Description: The grunts, shouts, and screams of the hero of Wind Waker are dubstepped into an infinitely looping music video. Yes, I had to look up “dubstep”; I can’t believe I’m doing actual research for you guys. 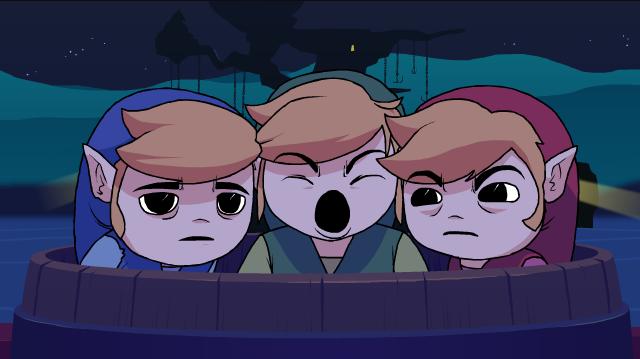 Review: I’ll admit that the video is a little creepy at first, but after the initial disturbitude of rhythmically groaning children wears off, it’s actually quite catchy.

Verdict: 4/5: Clever concept, nice artwork, a dash of humor, and a funky beat? Why, the only thing that could spoil this is if I had to look up “dubstep.”

Review: Wait—what!? I finally find a video that’s even vaguely relevant to modern society, and it gets BLAMMED before my article even goes into the approval queue!? Well, I certainly can’t review a deleted video you’ll never be able to watch—that’d be, like, writing a biography of a dead person you’ll never meet, or something.

Description: I think I’ll let this one describe itself.

Review: Admittedly, I misread “do gooder” as “gender” the first time. Kinda gives you the wrong impression about what the video will be. It’s actually just a bunch of nonsensical slaughterings driven by hard-to-read text—real bottom-shelf, 0/5 material unless you’ve ever fantasized about murdering all those smug blighters in Kakariko Village.

Description: Ganondorf—the King of Evil, the Prince of Darkness—sells chicken and waffles. 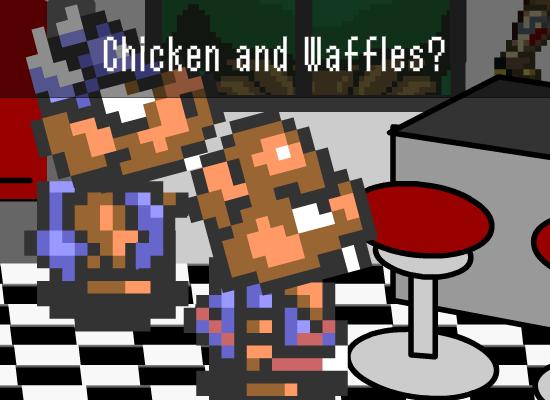 Review: CHICKEN. AND WAFFLES. Didn’t you read the description?

Verdict: 4/5: A whole point of this score is riding on the video’s premise, mind you, because it’s so ridiculous; the video only falls short of a perfect score because I have a low tolerance for random unnecessary swearing trying to pass itself off as being inherently funny. Copulation. (Wait—I don’t think I executed that joke properly.)

I totally want to end this article with that picture of Link’s Barrel Beat again. The green one’s face is fantastic.

Howdy everyone, and welcome once again to Digital Championship Wrestling! I'm Paul Franzen alongside "Captain" Eric Regan, and on the heels of that EPIC Sonic vs. Bowser matchup we've got, for you, ye ...