(Editor’s note: This article was originally posted to GameCola’s main site during our six-month-long hiatus.)

IT’S OK. THERE IS NO NEED TO PANIC. THE CRISIS HAS ENDED.

No, I don’t mean the crisis of “what the hell, Paul, why isn’t GameCola’s brand-spanking new website ready yet?” I don’t know when that crisis is going to be over. Stop asking me. Ask Kevin; he’s in charge of that project. I’m just in charge of poking him via Facebook every few days to make sure he isn’t playing Farmville instead of working on my goddamn site.

The crisis to which I am referring, using obnoxious, stuck-up grammar, is the trojan virus that recently attacked our site. This vicious, atrocious beast changed my password, locked me out of the site, and…I think that’s all it did, actually. It didn’t seem to touch any of the site’s files or actually do anything at all to the site, save for causing an obnoxious message to pop up on my virus alert program saying CAUTION! CAUTION! YOUR COMPUTER IS ABOUT TO EXPLODE. DO NOT VISIT THIS WEBSITE AGAIN, BECAUSE YOU WILL DIE. 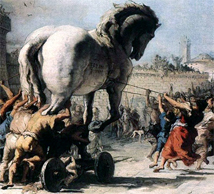 But don’t worry—the virus is squelched now. Our servers are safe! YAY! I don’t know if I can say the same for your computers, though, considering that you stupidly visited a website that was being attacked by a trojan virus. What were you thinking?

Hello, everyone! It’s me again, Paul, Editor-in-Chief of GameCola.net—the currently hibernating videogame-humor website. If you haven’t been keeping up, our July 2009 issue was our last “issue,” as such. We’re in the process of building a new site from scratch: one where our writers can post articles on the fly, instead of having them published in a newsletter at the end of the month, when they’re all horribly out of date, to the point where our July 2009 issue actually featured coverage of the original Pong.

We’re a little delayed, I’ll admit. It turns out that building a complex site from scratch actually takes some time. I swear to God we’re working on it (and by we I mean Kevin and Alex, and definitely not me, because I couldn’t html my way out of a paper bag). Unfortunately, I don’t have any proof to show you that progress is being made on the site. For all you know, I’m going to just keep stringing you along, acting like we’re working toward something, and then, one day, out of the blue, switch the servers off and pretend like I never had a website. (It worked for SwitchPlanet, after all!)

But here’s what I can do: I can talk about some of the new features of the new site that may or may not someday exist. Hooray!:

• A COMPLETELY NEW LAYOUT! We’re getting rid of our frames-based layout, which is great, because the rest of the Internet realized that frames are stupid and stopped using them around the same time that man first landed on the moon. We’ll still have links to different parts of the site at the top and left of every page, but we won’t be using frames to do it. I assume we’ll be using magic.

• A COMPLETELY OVERHAULED EDITING SYSTEM! Previously, I was personally editing every single word that appeared on GameCola. A writer would e-mail an article to me, I would remove all the typos (and “joy,” according to some writers), and then I would send it to my elite squad of editors to proof. This was taking up too much of my free time—time I could have spent watching people play videogames on YouTube, or begging Telltale Games for a job.

Now, instead, I’ll be sharing the love. Instead of going through e-mail, a writer will post an article directly to the site. Before it actually appears on the site, though, our elite squad of editors will receive notification that it’s been posted, and then one of them will check it out, edit it, give it their stamp of approval, and send it on to the site.

Meanwhile, I’ll be lolling on my couch watching the Game Show Network, raking in tons of that GameCola cash for doing absolutely nothing. It’s win-win.

• NEW WRITERS! I know I’ve mentioned this before, but you know what I haven’t mentioned? Names. So here you go: Matt Jonas, Jeff Day, and David Donovan.

Matt Jonas you already know if you’ve been following our YouTube page; he posted a video about Noby Noby Boy and Linger in Shadows about a week ago.

Jeff Day you should know, too; he was a guest star in our “Versus Mode” column a little while ago, and he’s the author of pop culture website random.access.

David Donovan you probably don’t know. I don’t even know who he is. Who the hell is David Donovan?

• OLD WRITERS! By which I mean, we’re bringing back popular old writers from the site. You already know we’re bringing back “Top of the Heap” author Christian Porter (or, you should, if you read my “Dear Readers” column from a few months back), but I bet you didn’t know that we’re also bringing back Mark Freedman, who used to write “What the Crap?“, an article about things in videogames that don’t make sense, like how every RPG ever made has at least one town that’s only accessible via airship…and yet, your character is the only one in the universe who actually owns an airship.

• MULTIPLE REVIEWS OF THE SAME GAME! Theoretically. Previously, to help cut down on repetitiveness, we weren’t allowing our writers to review games that we’d already reviewed. Now, though, with our increased staff, and our increased production capacity, I don’t think that’ll be as big of an issue, since we should have so much content that it doesn’t matter if someone reviews a game that someone else reviewed six months ago.

The upside for you is that you may get to hear multiple opinions of the same game. Hooray!

• 200% MORE WRITER NAGGING! We’re setting up an automated system to send harassing e-mails to our writers whenever they go more than a month without posting something to the site. Bummed that so and so hasn’t written his column in over six months? You won’t be anymore, because we won’t let that happen anymore. (Unless, of course, they just ignore the e-mails.)

Also—and this is probably the best idea I’ve ever had for the site—whenever a writer tries to assign a score of 10 to any review, he’ll get an obnoxious pop-up window that says “Are you sure that this aspect of this game is absolutely perfect?” This will, I hope, make people rethink assigning 10s to anything, because I think GameCola should only give 10s when we really mean that something about a game is absolutely perfect, and that nothing about that aspect can possibly be improved upon. Down with 10s!

• MORE EMPHASIZED FUN SCORE! People like to complain about how our “Fun” rating should be weighted more in our “Overall” score, because how fun a game is to play is what matters most when determining whether it’s worth playing.

• IF YOU LIKE THIS, YOU MAY ALSO LIKE THIS! This was GC neophyte Matt Jonas’s idea, and we’re totally going to run with it. At the end of his reviews (as-yet-unpublished, since, you know…no site), he’s been adding a section for “If you like this game, you might also like these games:”. I think that’s a totally awesome concept, so we’ll be asking our writers to add this to their reviews as appropriate.

And that’s just some of what you have to look forward to in the year 20XX, when our new site is finally launched.

In the meantime, we’re still churning out content for you, but it’s all been posted in our blog and on our YouTube page, so if you’ve been avoiding those, you’ve been avoiding pretty much everything. If you missed out, here are links to the things you should’ve already read by now: 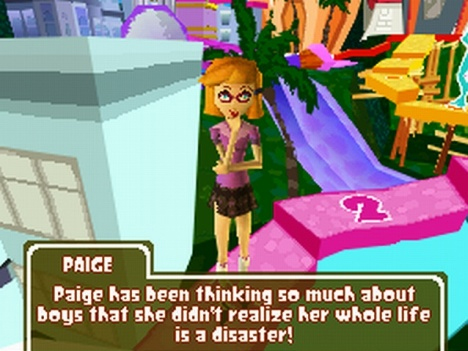 In addition, to give you more bang for your…your…I don’t know, your eyeballs, here are links to some of our staff members’ favorite GameCola articles, in case you didn’t catch them when they were originally published. That should be fun, right?!

Michael Ridgaway: I’d like to nominate Vangie’s article about GTA IV. Not only does it star yours truly, but I think it’s also HI-larious.

Matt Jonas: This is clearly the best article ever.

Christian Porter: For favorite article, I’m partial to just about all of Meteo’s stuff, so I’ll pick this one at random.

And, since being humble is for suckers, I was rather proud of my Atari’s Naughty Side “Heap,” mainly because I had to endure 13 awful Atari games and stare for hours at enough pixilated penises that, once it was published, I was declared legally gay by the state of New Hampshire. That has to count for something.

Nathaniel Hoover: I’m really fond of my review of Mega Man 2; it was a fun challenge to present a fresh look at such a heavily reviewed classic, and those screenshots are so slick that your eyes slide right off them.

And that’s that! Man, that was an awful lot of words. Maybe I should’ve just made a video of Post-It notes again, like I did last month.

A noir murder mystery combined with EarthBound. SHUT UP AND TAKE MY MONEY!